Twelve people have been arrested in what is billed as ‘Pakistan’s largest child sex abuse scandal’. The case involved over 280 children and 25 gang members.

"Instead of registering a report, [the police] took my son into custody."

Twelve suspects have been arrested in Pakistan for their alleged involvement in child sex abuse and extortion.

Members of a prominent family in Hussain Khan Wala village, near Kasur, reportedly recorded 280 children being sexually abused over a number of years.

The gang of 25 men would sell or use the video footage – dating back to 2007 – to blackmail the victims and their impoverished families.

Some claim the clips were reported to the police amid a local dispute.

Shahbaz Sharif, the Chief Minister of Punjab province and brother of the Prime Minister Nawaz Sharif, has ordered a judicial inquiry into the sexual allegations.

The Lahore High Court spokesman, Arif Javed, says: “The judicial inquiry is required where facts are hidden, in this case police are already investigating and some of the accused have already been arrested.” 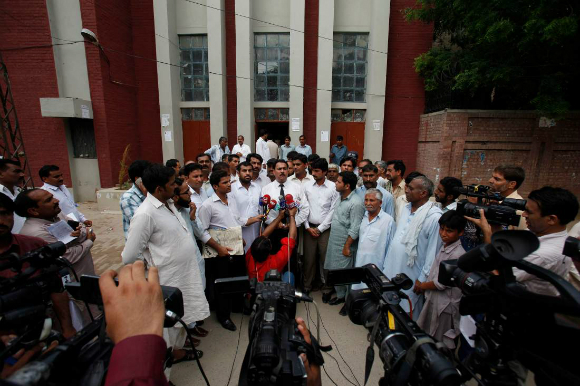 Social commentators say the odds are stacked against the victims, in a society where the abusers are akin to victors, and the victims are the losers.

One of the victim’s mother says: “One day some women in the village showed me these videos. My son was in them. My world collapsed.

“Kids were being intimidated in these videos with weapons, they were drugged. Kids as young as five years old were made to perform oral sex.”

It is reported that in one clip, a boy cries with shame, before attempting to put his hands over the camera lens.

In another video, a boy is seen beaten and abused as a man tells him: “I will not stop until you smile.”

Two boys say that they were threatened with weapons that included a knife, an axe and a gun.

Another victims states he was assaulted after having been injected in the spine with a drug. 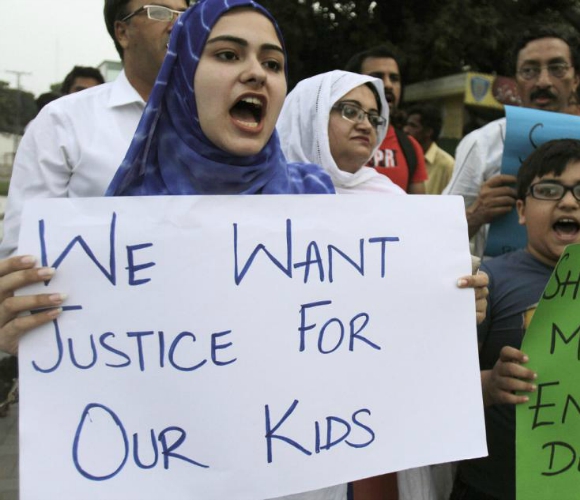 One 16-year-old boy recalls the abuse began five years ago, saying: “They sexually abused me in front of secret cameras.

“They came back a week later and showed me the video, and said if I did not do what they wanted, they would show it to my friends and school colleagues.”

Another heartbroken mother of a victim says: “They made the video of my son in 2011 and we have been paying the blackmailers since then.”

Many parents of the victims accuse the police of not doing enough to break up the paedophile ring.

Rubina Bibi says: “My son is in the videos, he is a victim. Our children were forced into this. They were humiliated.”

However, she was dismissed when she went to the police station to report the crime: “The police are treating them like criminals.”

“I went to the police station to file a complaint. But instead of registering a report, they took my son into custody.”

She adds that her 15-year-old son is still in jail.

A week before the seven arrests were made, more than 20 people were injured in clashes.

Alleged victims and their families, who accuse the authorities of ignoring their plight, protested against police in Kasur.

The concept of family ‘honour’ or izzat, is central to Pakistani society.

As a result, many Pakistanis would be afraid of the ‘shame’ that admitting to being a sexual assault victim would bring. 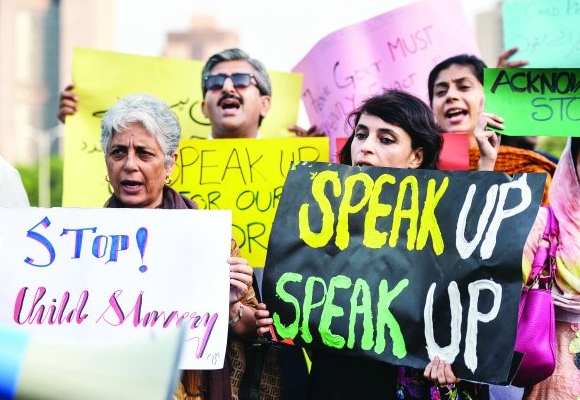 This means nearly 10 children were abused each day. Of these cases, 67 per cent were reported from rural areas.

But Hussain believes a more accurate estimate would be far higher, maybe even as many as 10,000.

He laments: “Very few are reported because the victims and families are shy to disclose the sexual offence against them because of cultural, social and religious barriers.”

Pakistan is a deeply conservative society and sex is a major taboo subject.

Human rights activist Samar Minallah explains the unwillingness to talk about it makes it easier for sexual abuse to happen.

Minallah says: “It is important to break the silence and challenge the taboo around it.”

She adds: “How can a child be safe if he knows that his parents, the culture and societal norms expect him to remain silent to uphold the family’s ‘honour’?”

Many accounts of child sexual abuse have been reported in recent times, in the British Isles and South Asia. 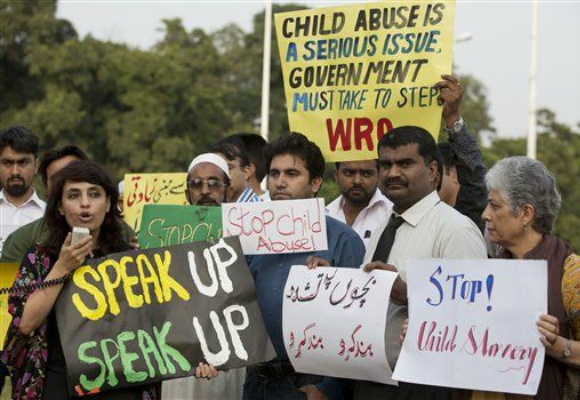 Or are they common among all human societies throughout the world?

The common denominator in all of these cases is unchecked power.

When power, often patriarchal and male, is able to flourish unchecked, it can provide the environment for cases like this to happen.

UNICEF has condemned the case as ‘appalling’ and offered their help to the victims and their families in Pakistan.