Afifa Jibran is holidaying in the UK, posting bold videos and pictures. But there is no sign of her husband, leading to divorce speculation.

"Are you and Syed separated? Not seeing him with you."

Afifa Jibran’s trip to the UK has sparked rumours that she has separated from her actor husband Syed Jibran.

She is currently on holiday with their three children Eva, Isaiah and Yoel Syed.

On Afifa’s Instagram, they have visited Brighton and London.

However, fans have speculated that she has separated from Syed as there is no sign of him on holiday with them.

Fans also believe that Afifa has been posting bold videos and pictures, claiming that is a sign that she has separated from her husband.

In one video, Afifa was seen in a frilly black bralette and leopard-print skirt as she took a dip in the sea. 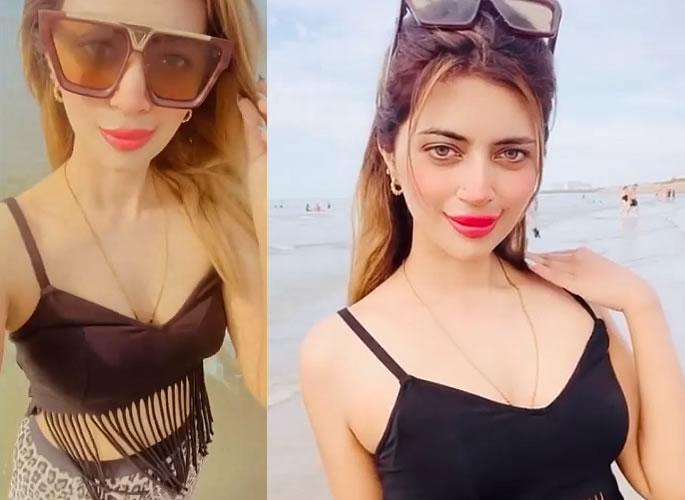 While some loved her look, others criticised Afifa for dressing too boldly.

Another picture showed Afifa posing in a summery yellow dress and sandals.

No appearance from Syed led many to wonder about a possible divorce.

Many asked: “Where is Syed Jibran?”

This resulted in some people claiming that they have separated.

One said: “I think they are separated.”

Another wrote: “I think they aren’t together anymore as neither have pictures together and she changed her Instagram name from Afifa Jibran to Afifa’s World.”

A third asked: “Are you and Syed separated? Not seeing him with you.”

One person commented: “Did you separate from your husband?” 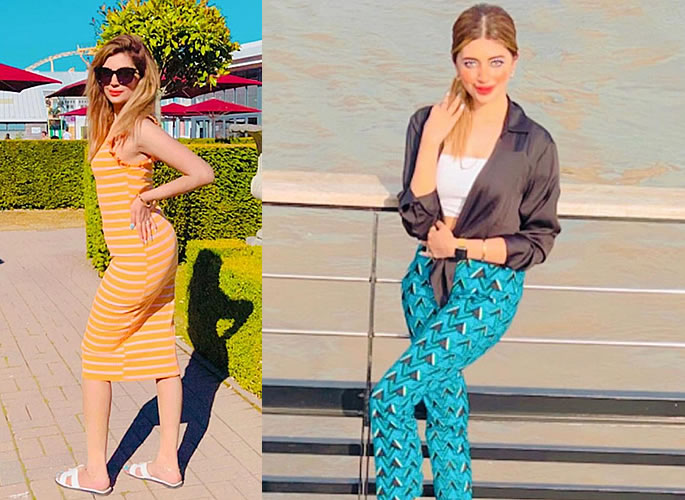 Some also pointed out that Afifa’s captions were strange and were hinting about a potential separation.

“This one is exclusively for all my ‘stalkers and haters’…!!! Me living and loving my BEST LIFE!!!”

One fan said Afifa was doing the same thing as Faryal Makhdoom.

It was not just the bold posts that were leading to divorce speculation.

Eagle-eyed fans also noticed that Afifa was no longer following Syed on Instagram. However, Syed continued to follow her.

Previously, Syed shared a short video of their three children for Eid.

However, some wondered about his relationship with Afifa as she was not present in the video.

One person asked: “Where is the mother?”

Another said: “Mommy daddy where.”

Although Syed and Afifa Jibran have not spoken about their relationship’s current situation, speculation is rife that they have separated.

Dhiren is a journalism graduate with a passion for gaming, watching films and sports. He also enjoys cooking from time to time. His motto is to “Live life one day at a time.”
Janhvi Kapoor talks about Comparison & Rivalry with Ananya Panday
Why did Urfi Javed change Her Name?