‘Bigg Boss 14’ star Nikki Tamboli has responded to speculation that she is in a relationship with fellow contestant Jaan Kumar Sanu.

"Jaan and I were really close friends"

Nikki Tamboli has responded to the rumours that she is dating fellow Bigg Boss 14 contestant Jaan Kumar Sanu.

After the show ended, the pair were spotted together numerous times.

This prompted speculation that Nikki and Jaan were in a relationship.

Nikki has now opened up on the rumours. However, she dismissed them, insisting that Jaan is just a friend.

While Nikki wished for Jaan to be happy, she insisted that he is not her type.

In an interview with ETimes TV, Nikki Tamboli said:

“I don’t know why people are linking me up. I am absolutely single.

“I don’t know why people are linking me up. Jaan and I were really close friends inside the Bigg Boss 14 house.

“But after coming out we are just cordial friends because I could not connect with him. I don’t think he is my type.

“I think to date a guy, he should be very much mature which unfortunately Jaan is not.

“I like strong personalities and I feel Jaan is very strong in his own eyes but not in mine.”

Nikki went on to say that she can never be attracted to Jaan as his mother had insulted her in an interview. 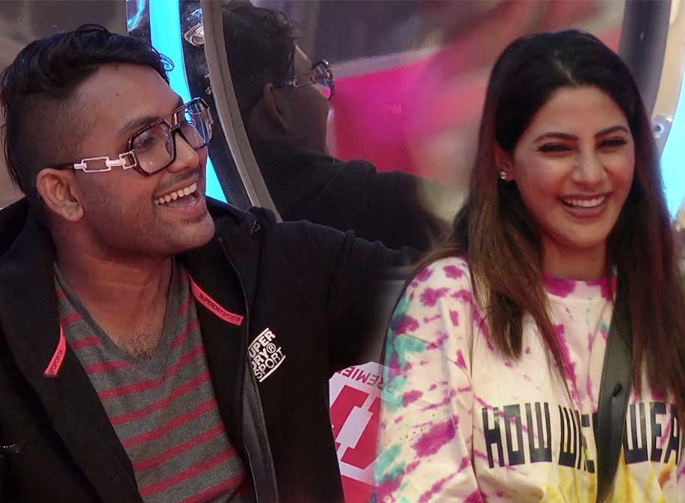 “Jaan’s mother had said a lot of negative things about me in her interviews and even abused me in one of the interviews.

“So I don’t think I can ever get attracted to him. He is just a cordial friend.

“But I always want him to be happy and do good in life.

“I always keep telling him don’t be in bad influence and be focused in life. He also guides me.

“But there can’t be any dating thing between us because he is not my type.”

Nikki Tamboli has several projects lined up, however, they have been on halt due to the Covid-19 pandemic. She also previously tested positive for the virus.

She said: “Yes, few of my projects had to be put on hold because of the Covid-19 situation in Maharashtra.

“But things are smooth now. I don’t have dates to give to other projects.

“I am getting a lot of web series, movies offers but I have allotted my dates to a project and I can’t disclose that right now.

“I will soon announce the project for which I have given my dates. I can’t reveal it right now. It is very exciting news. Touchwood!

“By God’s grace, I have work but I can’t talk about it right now.

“All the things that I wanted to happen to me after Bigg Boss especially work-wise all that is happening and I am very happy.”

Dhiren is a journalism graduate with a passion for gaming, watching films and sports. He also enjoys cooking from time to time. His motto is to “Live life one day at a time.”
Nushrat Bharucha opens up on ‘Ajeeb Daastaans’
Huma Qureshi Unveils her first look from Hollywood Debut