Netflix original, Brahman Naman, is making waves for Indian independent cinema. The film follows a group of teenagers on a quest to lose their virginity.

"Brahman Naman is Indian cinema at its boldest: fast, furious and raucously funny"

Netflix Originals have now reached India, with the announcement of their latest original film which is an extremely funny coming of age comedy called Brahman Naman.

Set to debut globally on Netflix July 7, 2016, this new comedy is already shaking things up.

Having premiered at the 2016 Sundance Festival, the film has been widely praised, with some critics even comparing it to iconic comedies like American Pie and The Inbetweeners.

The film is set in 1980’s Bangalore and follows the protagonist Naman, a ‘quick-witted high school quiz champ’, who drags his nerdy friends along with him to Calcutta in order to win a major college prize.

The trio’s goals for the trip is simple, win the quiz and lose their virginity. 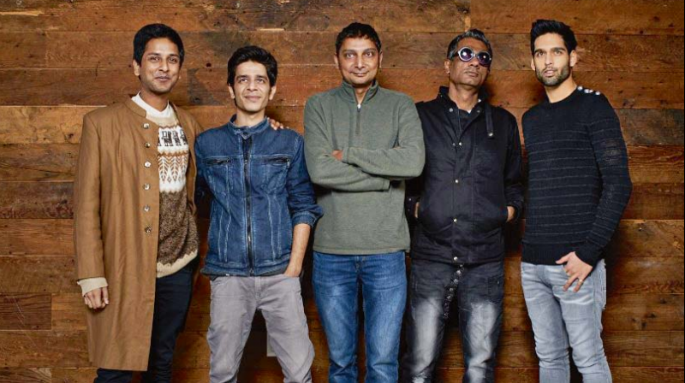 Brahman Naman is written by Naman Ramachandran, produced by Celine Loop and Steve Barron and directed by the leading indie Indian director Q (Qaushiq Mukherjee) rolling off of the success of his other works, Gandu, Tasher Desh and Ludo.

And let’s not forget that Gandu was considered so trippy and racy, that it was actually banned in India.

This group of awkward teenagers really stand out, not only because they are the kings of general trivia, but they also use the winnings from quizzes to buy (as any young person would at the time) pirated pornography.

In a GQ India interview, Arora explains: “I play the role of scriptwriter Naman Ramachandran. He’s this really witty, egoistic nerd who has all the answers and is on a mission to win the most prestigious quizzing trophy around – and lose his virginity.” 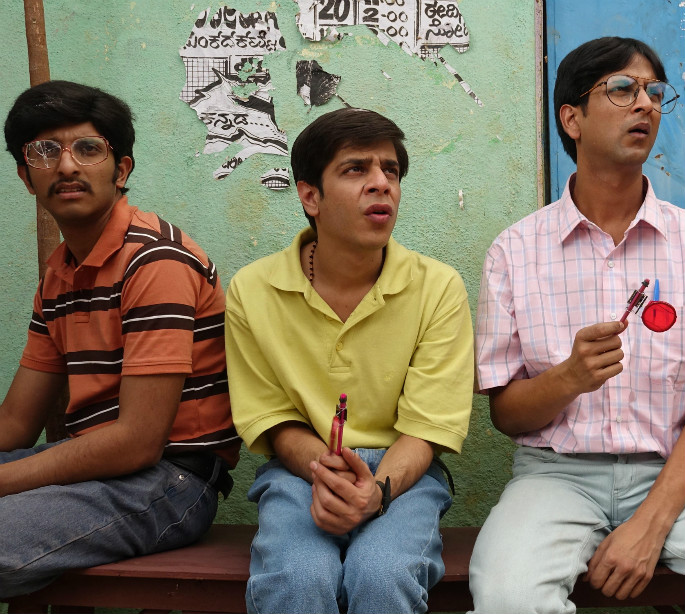 Shashank Arora says: “When you’re 18 and a boy in India, and you get boners f***ing everywhere.”

“I mean, I know women have it difficult here and all that, but when you went to parties – and this is before you started smoking or wearing shades to look cool – you just wouldn’t know what to do with your arms and legs!”

Co-actor, Tanmay Dhanania adds: “It’s like that in Brahman Naman: We’re not playing losers, but we really have nothing beyond our brains and imaginations to go on.”

“It’s a movie that will delight adolescents of all ages, and we’re excited to bring this hilarious tale to our members around the world.”

Brahman Naman also explores the issues that come with the caste system through Naman’s love life. Naman is Brahman, but the apple of his eye Rita isn’t. This poses problems as the differences in social standing between castes breeds a lot of bigotry.

Things do change when he meets Naina played by Anula Shirish Navlekar, who is also Brahman and a member of the Madras quiz team.

Independant cinema is India has been gaining more mainstream recognition over the last few years, with more talented filmmakers producing stories outside of the traditional Bollywood template.

In February 2016, Brahman Naman became the fifth Indian film that has ever competed at the Sundance Film Festival. This is a huge win for the Indian indie scene as this festival is the perfect platform for people looking for more meaningful art-house films.

Other examples of Indian independent films are Sulemani Keeda which has recently been released on Netflix and M Cream starring Ira Dubey and Imaad Shah, which is set to have an India release in July 2016.

Q’s latest project is a visual treat, and he lives up to his reputation as being one of the most provocative and essential indie filmmakers internationally.

He takes the genre of the classic American nerdy teen comedy and adds a sharpness through the quick wit. By showing this through the trials and exploits of Indian teenagers, it adds another layer to the film.

Not only is it refreshing to see the experiences of youngsters from around the globe, but it’s also great to see more South Asians in comedies sharing their own experiences. Brahman Naman may not be the most censored depiction of young teenagers and their sexuality, but it is certainly an entertaining one.

Brahman Naman will be available to watch on Netflix from July 7, 2016.

Fatima is a Politics and Sociology graduate with a passion for writing. She enjoys reading, gaming, music and film. A proud nerd, her motto is: "In life, you fall down seven times but get up eight. Persevere and you’ll be successful."
Anil Kapoor & Aamir Khan launch 24 India Season 2
Sacred Games is Netflix’s first original Indian series