Manoj and Celia Shah graced our television screens in the first series of Desi Rascals with their positivity and love. They speak exclusively to DESIblitz about the trials and tribulations of being an interracial couple.

“I can remember my mum saying to me, ‘This girl is better than any Indian girl.'”

One of the most memorable moments of Desi Rascals Series 1 was the surprise Valentine’s Day date that Manoj arranged for his loving wife, Celia.

The childhood sweethearts fell in love at a time when interracial relationships were a rarity in British society.

In the first series, they were an inspiration to many, as proof that love has no boundaries.

Their daughters Nat and Jo are a testament to Manoj and Celia’s parenting.

What was the reaction of your parents to your relationship? 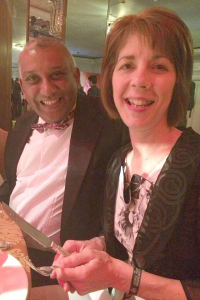 Manoj: “It was quite a culture shock for both sides.”

Celia: “When I first met Manoj, he used to tell me I couldn’t come into his house. And I just used to say, ‘Well, why not Manoj? [Laughs]. Aren’t you proud of me, or something?’ I think the first time he was shocked. I said, ‘No I’m coming in.’

“His mum was always very kind to me. She didn’t speak much English. As the years went on, we were very fond of each other.”

Manoj: “Going around to Celia’s house was quite a shock to their family. I don’t think they knew how to take me.

“As years have gone by, her father was so good to me. He actually replaced, in a way, my dad…I get on with Celia’s family famously, to be honest.

“I can remember my mum saying to me, ‘This girl is better than any Indian girl’.”

What was the response of the Asian community? 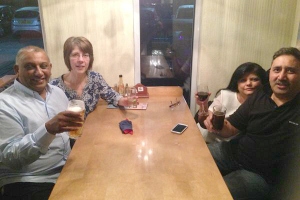 Manoj: “I had close friends, who didn’t agree with the marriage. And the mums of my friends at the time would say, ‘Why are you marrying a white girl? Drop her. You should marry a nice Patel or a Shah girl.’

“But I wasn’t going to take their advice, because I love Celia.”

Celia: “I used to feel a bit nervous if we went to an Asian wedding. Partly probably because often they would speak Gujarati and I’d just feel a tiny bit left out.

“Everybody was in their beautiful saris and there I was, the English girl.

“But nobody was ever rude or horrible. Most people made us feel very welcome.”

What other challenges did you face as an interracial couple? 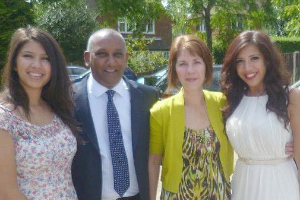 Celia: “This was the end of the 70s, and there was still a lot of racism about with the Asians in England. You didn’t see a lot of mixed-race couples.

“Sometimes if you were out on a bus, people often swore at you, and said, ‘What you going out with a white girl for?’

“There was one occasion, we got off at the next stop, because we just felt really threatened.

“Sometimes you could tell, you’d go into pubs and things, and know that you weren’t very welcome, really. So Manoj would say let’s go out and find somewhere else.”

Manoj: “It was tough in those days. The younger generations don’t realise what we have gone through. Nowadays, it’s so cosmopolitan.”

“People have said: ‘Thank you so much for sharing your story. It’s helped me.’

“And also with Jo and Moses and their romance. They’ve said it’s ‘helped me to be able to speak to my family about what I’m going through’.”

What were your concerns about Moses? 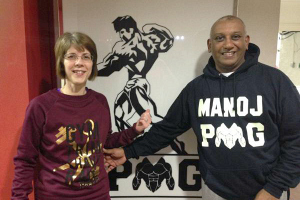 Manoj: “I just thought at the time, that he was a bit immature. And he wasn’t right for my girl.

“If you’ve got a daughter, you want someone who’s a doctor, or a lawyer, or a dentist. That’s my Asian way of thinking. I want the best for my daughter.

“Moses was doing DJ work. I know he probably earns a lot of money, but that wasn’t a very stable life.

“It was nothing to do with the culture. It’s just about the person and having prospects.

“We spoke about this and basically just said, ‘Look, it’s her life, and who are we to walk in there and ruin it all?'”

Celia: “It’s just from a parent’s point of view. That’s all. I think Moses is a nice guy. We’ve got to know him quite well. I felt he is a little bit immature.

“We expressed our concerns which any parent would do. We’re just going to support Jo with whatever happens.”

Manoj: “I can’t be meddling anymore.”

Were there any debates about how you would raise Nat and Jo? 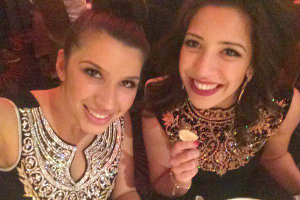 Manoj: “We’d always said, if we had children, we’d like them to be raised as Catholics, because Celia’s mum and dad were devout Catholics.

“And as long as they believe in God, and they’ve got the right ethics.”

Celia: “Manoj was very generous in that aspect as well, because he didn’t ever challenge that we should bring them up Catholic.

“He supported everything. He obviously came to their Christenings, and as did all his family, first communions…

“Your mum always said, ‘There’s only one God. Everyone believes in the same God at the end of the day.’

“So again that was never an issue. We’ve been quite lucky. We’ve never found problems.”

You will able to catch up with Manoj and Celia and the rest of the Shahdashians, when Desi Rascals returns for Series 2 on Wednesday 22nd July 2015 at 8pm on Sky 1.