Love woes and family tensions are at the centre of Desi Rascals for Episode 10. Could MoJo be on the rocks? DESIblitz has all of the drama.

“I want the biggest Desi wedding ever. The crème de la crème."

Following the romance and Valentine’s spectacular of the previous episode, we assumed Desi Rascals couldn’t get any better.

Boy, were we wrong! The tenth instalment saw love, family drama, dating mishaps and awkward tensions all around.

The platonic friendship between Owais and Rita is over, but is Feryal about to get caught in the crossfire?

Natalie is keen to set up Shmoyel with her friends for his upcoming art gallery opening, but will he take the hint that she is interested in him?

DESIblitz has the latest from the Desi Rascals camp. 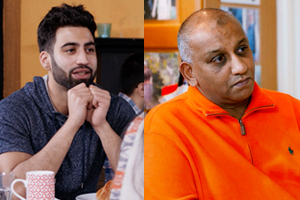 But while love and happiness roams the household, worries for MoJo surface.

Manoj is still unsure of Moses’ maturity and lack of a professional career. He is keen to put a stop to it and Celia agrees:

“What I’ve seen so far, I’m not really impressed,” Manoj says. Sitting Jo down, the parents put their concerns across, but Jo isn’t having any of it. #MoJo all the way!

Luckily, Natalie is on Jo’s side and explains to her parents that Jo can make her own decisions.

Later Moses has taken Manoj’s comments to heart and divulges to his mum, Mrs Baig. Needless to say, she’s not too impressed by Manoj’s remarks!

Girls on the Town 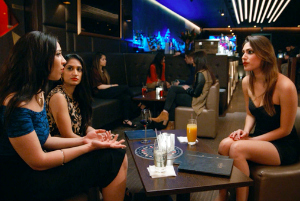 Rita is out with Jo and Shreena. They discuss their mixed heritage, and things quickly move onto MoJo, and Jo’s annoyance of her parents’ disapproval.

Shreena labels #MoJo as a modern-day Romeo and Juliet, but swiftly adds: “No, no one dies in this scenario!”

Rita opens up about her family situation, and how working as an estate agent is to help support them. A dutiful and hardworking Desi, she has put her dream career on hold for the time being.

As the girls sit chatting, Arshina, Yasmin and Kavita arrive and sit on another table.

Rita braves it into the lion’s den by walking over to say hello and is received by a relatively cold trio. The claws are out, but Rita dilutes the tensions by suggesting a mixed girls outing soon. Hmmm, perhaps not Rita! 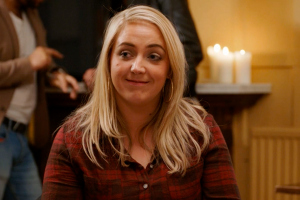 The Vara family are out at a pub quiz, arranged by Sunjay, so that he can introduce Charlotte to them.

Things are getting serious between Charlotte and Sunjay, and Charlotte admits to Anita and Shreena:

“He’s the one. I’d marry him tomorrow if he asked me.”

While Anita looks fondly on at Charlotte, things are still relatively tepid between her and Shreena.

Anita’s face drops from the possibility of Praks moving so far away, but Shreena is determined: “It’s got good schools and it’s what we can afford.” 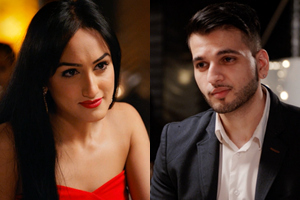 Following an anti-climactic Valentine’s Day, Akshay has a few things to say to girlfriend Arshina:

“Leave the proposal to me. I’ll do it when I wanna do it.”

Arshina can’t help herself though, and wants it to be magical:

“I want the biggest Desi wedding ever. The crème de la crème. I want the best of the best!” 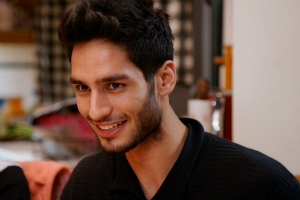 Natalie is totally crushing on Shmoyel as she helps him with his gallery opening. She invites him to a family dinner that Celia is cooking.

Shmoyel shocks Manoj when he asks how the ‘new son-in-law’ aka Moses is!

It’s clear that Manoj still has a soft spot for Shmoyel, and loves that he has a Masters degree.

They later have a pancake tossing competition, in true father-son style, after which Shmoyel can’t help but quip: “We’re both massive tossers!”

Shmoyel expertly diverts and mentions that Natalie is a great business partner to have. Well played, yet again, Shmoyel! 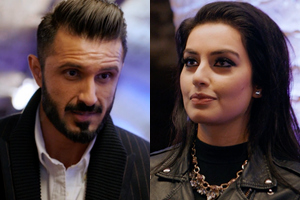 The muscular and well-built Anj agrees to train Rita following her ‘friendship break-up’ with Owais.

Anj is clear that he isn’t interested in messing around though: “We are here to play NO GAMES!”

Owais later walks in with Feryal on a gym date, hinting that Rita has been officially replaced.

Owais is in a particularly defensive mood, which causes Rita to leave in a huff: “I did not start anything. She confronted me,” Owais insists.

But is he at risk of damaging his blossoming relationship with Feryal? Feryal admits to Anj: “There are some concerns.”

At Shmoyel’s Gallery, Rita apologies to Feryal for storming off at the gym, and the girls have a mini heart-to-heart while a nervous Owais looks on. Feryal admits:

“I don’t think a man should talk down to a girl like that. And I’ve had a few words with him.”

But Owais is keen to have the last word and things get a bit heated as Feryal tries to get her feelings across.

The episode ends dramatically as Feryal says that she needs time to think, and Owais finally backs off to give her some much needed space.

Will Feryal choose to stay with Owais? You can catch the penultimate episode of Desi Rascals on Tuesday 24, 2015 at 8pm on Sky Living HD.

Love and Revenge in Varun Dhawan’s Badlapur
Salman thinks Virat is too metrosexual?