"We are determined to fight this till the reality is presented before the people."

Mahmood Farooqui, an Indian film director known for his Oscar entry film Peepli Live (2010), was arrested over suspicion of rape in Delhi on June 22, 2015.

Farooqui allegedly raped a desi American PhD student on March 28, 2015, though the 30-year-old woman only reported the crime to the New Friends Colony police on June 19.

A senior police officer revealed they met through a common friend during her visit to India for research.

They became closer and ‘good family friends’ as Farooqui began helping the Columbia University student with her academic work.

Then, at a party held at Farooqui’s rented property in Sukhdev Vihar, he reportedly made a move on her when other guests had left.

Farooqui ‘sexually assaulted’ her, shortly after he asked her to stay until his wife, Anusha Rizvi, had arrived.

Rizvi, whom the woman also knew, showed up, but ‘the complainant left without telling her anything’, according to the senior police officer. 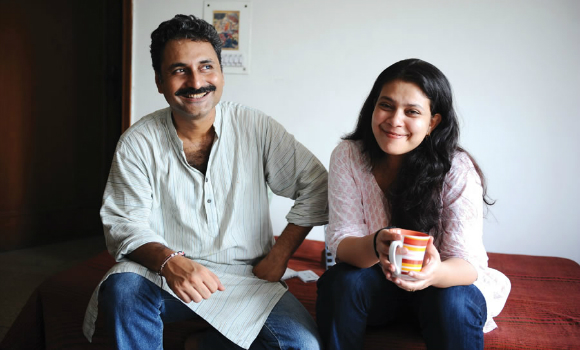 Troubled by the incident, she reportedly emailed Farooqui and accused him of his actions. The Indian Express also pointed out the complaint filed by the victim showed his replies to her emails, in which he admitted to wrongdoing and asked for forgiveness.

But some police sources claimed Farooqui had denied his email correspondence with the unnamed woman.

Rizvi, who co-directed Peepli Live with her husband, slammed the accusations in a written statement.

She wrote: “The complaint is manipulated, false and belated. We don’t want to make any further comments on the matter because the case is under investigation.

“We will wait for the court’s decision where the actual truth of the matter will come out. We are determined to fight this till the reality is presented before the people. We are very sure of it.”

Farooqui has been remanded into judicial custody until July 6, 2015, after appearing in Saket court.

Scarlett is an avid writer and pianist. Originally from Hong Kong, egg tart is her cure for homesickness. She loves music and film, enjoys travelling and watching sports. Her motto is “Take a leap, chase your dream, eat more cream.”
London Indian Film Festival 2015 Programme
Mixed Marriage & Desi Rascals by Manoj and Celia