Mia Khalifa to Move to London?

Mia Khalifa posted a cryptic Instagram Story which has sparked speculation that she might be moving to London.

A cryptic Instagram Story from Mia Khalifa has sparked speculation that she could be moving to London.

The message talks about moving to England’s capital, leading to fans hoping that the former adult film actress might be taking up residence in London.

Mia shared a white screengrab with a white background and black typewriter font.

The message was signed off with: “\Wicker Park. Chicago.” 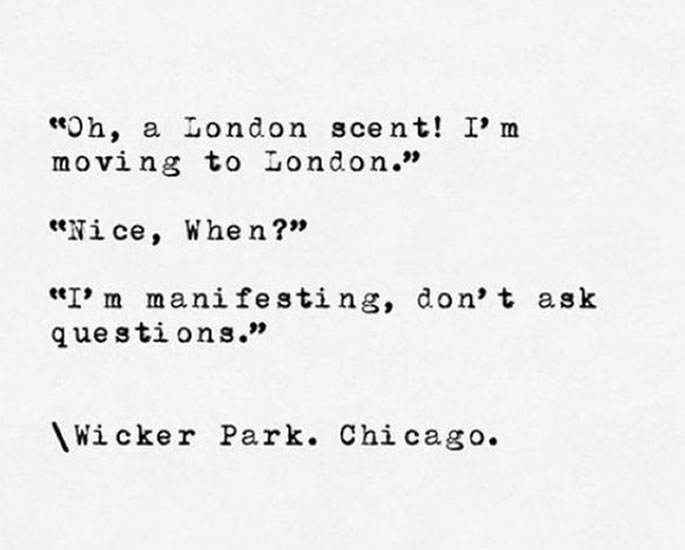 “Spoken words from our Labs. Recorded on one of our pretentious vintage typewriters.”

The page is connected to a website called the Le Jornal Newspaper, which is in turn connected to the perfume company Le Labo, an upmarket fragrance manufacturer that sells a 245g candle for £60.

Outlets of the posh shop are dotted across the UK, with around 10 stores in London and a similar number again across the rest of the country.

The quote Mia posted was one of many from the Overheard LE LABO page which appears to be a unique marketing approach where people send in quotes relating to fragrances and perfume which are then written on a typewriter and posted on the page.

Mia is known for her cryptic posts so it could be a hint that she might be moving to London.

She also frequently visits London and was recently seen posing in front of a red phone box.

Mia made a surprise visit to Faversham and complained about the London traffic.

Despite her cryptic Instagram Story, it is not known if Mia will be making the move to London.

Apart from her cryptic posts, Mia Khalifa is known for sharing her opinions on various matters.

Previously, she expressed her disgust over the US Supreme Court’s abortion ruling.

Posting a map of the states along with their stance on abortion, she wrote:

“This is a direct attack on women.

Mia Khalifa has recently been protesting the ongoing violence against women in Iran.

Protests have spread across Iran since the death of Mahsa Amini, a 22-year-old woman who was detained by the morality police for allegedly breaking strict hijab rules.

This led to women in the country demanding to end the mandatory hijab laws.

Dhiren is a journalism graduate with a passion for gaming, watching films and sports. He also enjoys cooking from time to time. His motto is to “Live life one day at a time.”
Indian Man regrets winning £2.8m Lottery
Scottish Groom surprises Bride by Learning Hindi