The Voice UK looking for talent for ITV move

British talent show, The Voice UK, will be aired on ITV for its next series. DESIblitz has the details and how to apply for The Voice 2017.

"I'd love to watch a kids version, children are so much more surprising and entertaining."

ITV is looking for a fresh crop of singing talent for its newly acquired British TV show, The Voice UK.

The popular singing competition will no longer be broadcast on the BBC. New buddding singers will now need to apply to television rival, ITV, who have confirmed that they will be airing The Voice and The Voice Kids from 2017.

A three-year deal is in place for The Voice and a spin-off ITV2 show as well as at least two series of The Voice Kids – a children’s version of the show – to be shown on ITV.

Neelam has been a keen viewer of the show since its launch in 2012, and says: “I’d love to watch a kid’s version. Children are so much more surprising, and so it would be more entertaining to watch.”

ITV lost the first bidding war, over acquiring The Voice’s original broadcasting rights, to the BBC several years ago.

However, the show will now appear on ITV after the broadcaster bought the Dutch TV production company – Talpa Media – for £355m. Talpa Media was established by John de Mol, the man who created reality show, Big Brother.

The BBC’s final season of the show reached its finale in April. Kevin Simm was voted as the winner of The Voice 2016. However, ratings of the show have been dwindling in recent years.

The 2016 final only averaged 4.5 million viewers, and was nearly doubled by the return of ITV’s Britain’s Got Talent which attracted 8.8 million viewers. 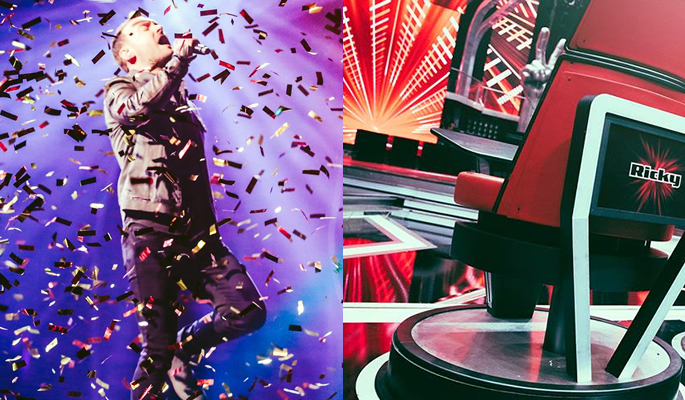 However, ITV’s purchase of The Voice is not guaranteed to attract higher viewing audiences.

Talent show viewer, Harrise says: “I’m starting not to like The Voice anymore, and the change in channel will not help that. Being on ITV would annoy me more because they have regular advert breaks while the BBC didn’t have any. The Voice was a 2 hour long show, imagine that with adverts!”

ITV is already the home of various hit entertainment shows, and The Voice will soon be joining their prestigious list. Peter Fincham, director of television for the network, says:

“ITV is the natural home of big entertainment, so we are thrilled that The Voice and The Voice Kids are both joining our family alongside brilliant shows like The X Factor, Britain’s Got Talent, Saturday Night Takeaway and I’m A Celebrity…Get Me Out of Here.”

While many Brit Asians love to watch weekly talent shows and support their favourite contestants, Asians have been appearing more and more in recent editions of western talent shows.

Most famously, Brit-Asian superstar, Zayn Malik, found stardom after appearing on ITV’s The X Factor. He finished third in the competition with former band, One Direction. 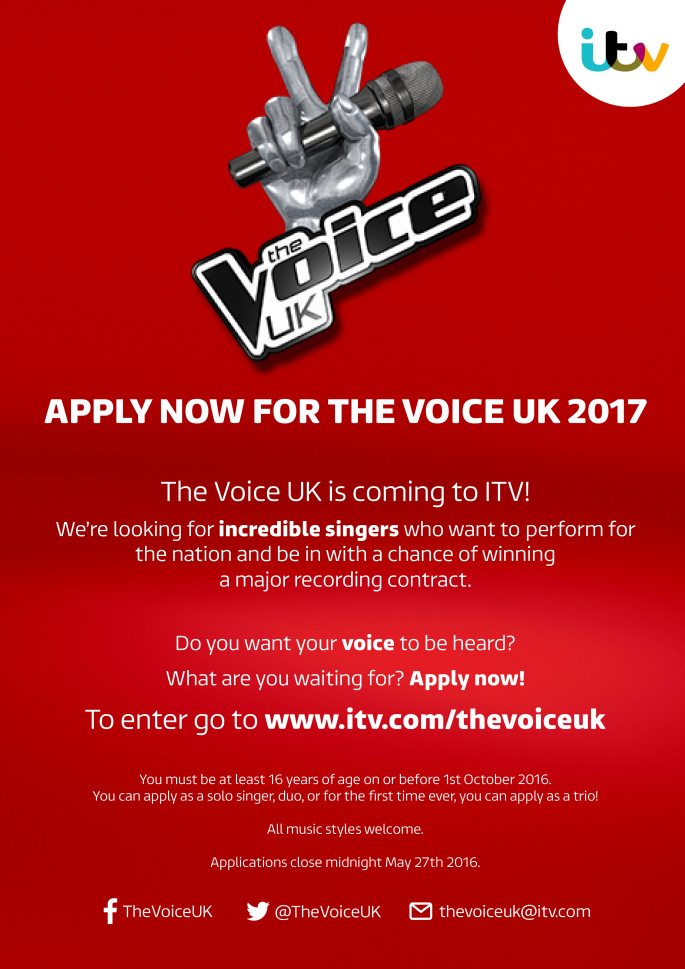 The talented Sonika Vaid finished in fifth place on American Idol 2016, while Vikesh Champaneri got to the semi-finals of the BBC’s last ever series of The Voice UK.

With so much talent in multicultural Britian, who knows what the next series of The Voice will bring. Do you think you could be the Voice 2017?

ITV are now accepting applications to be a part of their first show. For more details on the application process, visit ITV’s The Voice UK here.

Keiran is a passionate English graduate with a love for all things sport. He enjoys time with his two dogs, listening to Bhangra and R&B music, and playing football. "You forget what you want to remember, and you remember what you want to forget."
Sarah Kundi ~ An Enchanting British Asian Ballet Dancer
Global Party Starters feature Lilly Singh & Humble the Poet