Has Kangana Ranaut been mocking Priyanka and Deepika on their move to Hollywood? Find out why the actress has no desire to follow in their footsteps.

With Bollywood actresses Priyanka Chopra and Deepika Padukone being such a success in Hollywood, is Kangana Ranaut jealous?

In a recent interview with Mid-Day, Kangana Ranaut revealed that she thinks it is “stupid” for actors to move from Bollywood to Hollywood.

The Indian entertainment industry and fans have been applauding Priyanka and Deepika’s success in the west, and many believe that this is the way forward for Bollywood’s stars.

Sonam Kapoor even hopes to follow in both Priyanka and Deepika’s footsteps to Hollywood as she joins California-based talent agency, UTA.

However, Kangana Ranaut makes it clear she has no aspirations to go to Hollywood. She says: “It would be stupid for anyone to make the move to the West now. Their theatre business is crashing because of the influx of digital media.

“Asia, on the other hand, is where Hollywood was 15 years ago. It is a lucrative time for entertainment here. These are baits that I won’t fall prey to.”

The Bollywood actress is one of the most highest-paid actresses in India. But it looks like she will not be following Deepika or PeeCee’s aspirations to go international. 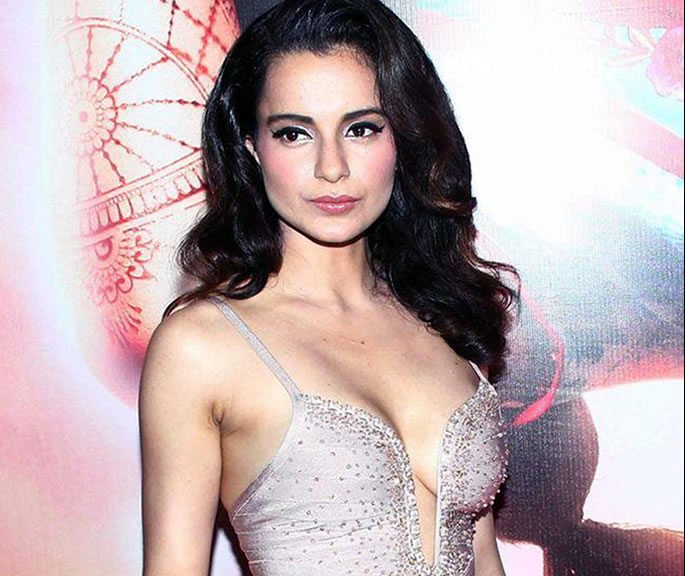 The fearless Ranaut also scoffed at the patriarchal view of women in the interview with Mid-Day. Kangana proclaims most men cannot have sex with strong women.

“Bold, stubborn women, who are achievers, are desirable only to those who are strong and assured. [For some men] it’s frightening to handle a woman who can speak her mind. Thankfully, that’s not true of everyone. Courage is often endearing and rare.”

Her comment appears to be a dig at actor Hrithik Roshan, with whom she had a fling with in 2016.

The couple made headlines as Kangana insisted that Hrithik had an illicit relationship with her “behind closed doors”, but Hrithik has denied everything.

Kangana further explains how the lawyers got involved. She says: “I was dragged to court for being who I am. I was restricted to a relationship that was [carried out] behind closed doors and I fought it fair and square. People [can] talk rubbish, but they can’t decide how I lead my life.”

Ranaut calls herself “opinionated and inherently badass”. She believes the female contemporaries in Bollywood hold people back from saying the truth or how they feel because they fear a backlash.

She adds: “Women are raised to believe they are healers. They can only nurture. People appreciate the goody two-shoes. Even the most successful women want to be liked by others. There is the alluring promise of heaven for those who can love selflessly.

“It’s fine if they can’t look themselves in the eye, but the world should see them as the epitome of holiness. They [her colleagues] don’t stand up for themselves, forget doing it for others.”

Henna is an English literature graduate and lover of TV, film and tea! She enjoys writing scripts and novels and travelling. Her motto is: "All your dreams can come true if you have the courage to pursue them."
Pakistani actress Neelam Muneer performs Sexy Dance in Car
10 Exciting Pakistani Films to Watch in 2017