A Scottish groom surprised his Indian bride by giving his wedding speech in Hindi after learning the language in secret.

"I started thinking about the speech"

A Scottish groom surprised his Indian bride by learning Hindi in secret for his wedding speech.

Alastair Spray and Angie Tiwari met on the dating app Hinge in 2018 and they married in June 2022.

Alastair “wanted to do something special” for his bride as he knew how much her culture meant to her.

Alastair said: “I’ve always liked learning languages, although I’ve only managed to learn Spanish fully – so this felt like a good choice and time to pick it up.”

The initial ceremony was held at London’s St Paul’s Cathedral.

According to the venue’s website, only couples with a relationship to the British Empire or the monument can marry there by securing a special license from the Archbishop of Canterbury. 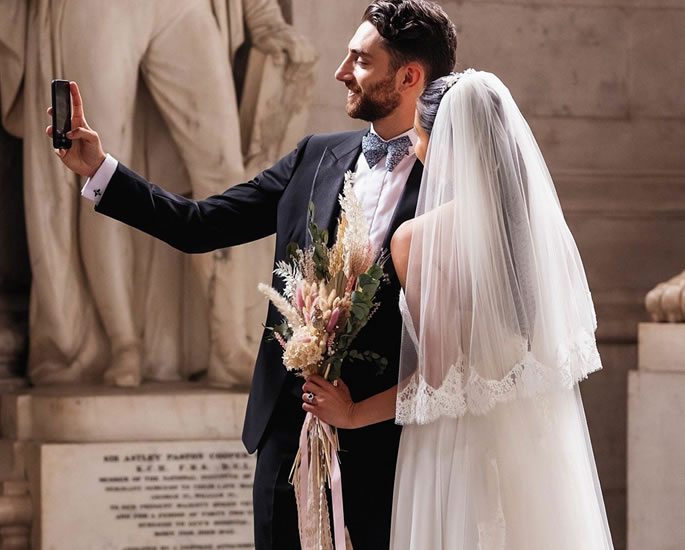 Angie revealed that they were one of around 30 couples able to marry at the venue in 2022 as Alastair’s father holds an MBE.

Angie said: “He’s very, very humble – I’m a lot more ‘what you see is what you get’ – so I didn’t find out that his dad had an MBE until two-and-a-half years into our relationship.

“No one in their family knew that this was a perk of having an MBE. When I found that out, my first thought was, ‘we are getting married at St Paul’s Cathedral’.”

Their next wedding event took place in West Lothian, with an outdoor Hindu wedding ceremony. 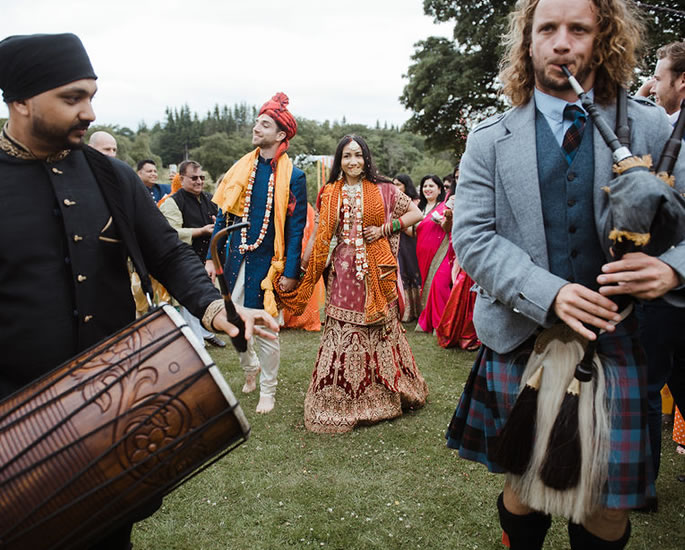 Alastair wanted his wedding speech to be meaningful so he decided to learn Hindi.

He said: “Once we got engaged, I started thinking about the speech, and I was struggling a bit – the groom’s speech is not traditionally meant to be the funny one, which would’ve been my default.”

He continued: “It was nerve-wracking. I couldn’t let it slip – there were times when I’d want to say something whenever we visited her family, but I had to play the fool. It was really quite difficult.”

At the end of the ceremony, Alastair took to the stage and began his speech.

“I paused after the English section, and then said ‘now, I’d like to reveal a secret to you all.”

Angie said: “I was bawling my eyes out! My culture means a lot to me, and especially for the past two years in my work with yoga.

“It was amazing to see my family’s response to it. The gesture had so many layers of meaning behind it.”

One of her relatives joked: “So you understand what we’ve been saying about you this entire time?”

Alastair plans to continue learning Hindi for life so that their future children will be well-connected to their Scottish and Indian heritage.

Mia Khalifa to Move to London?
5 Keys to a Successful Desi Marriage in the UK