According to the Film Heritage Foundation, India has lost up to 80 per cent of its films by 1950.

Oscar-winning director Martin Scorsese has partnered with Indian filmmaker Shivendra Singh Dungarpur to run a film restoration course in Mumbai from February 22 to 28, 2015.

Titled ‘Film Preservation and Restoration School India’, the course is run by experts from leading Italian film archive, Cineteca di Bologna, and one of the best film restoration labs in the world, L’Immagine Ritrovata.

Backed by Bollywood legends such as Amitabh Bachchan, Aamir Khan and Vidhu Vinod Chopra, the course is certified by the prestigious International Federation of Film Archives.

40 lucky students from India, Sri Lanka, Nepal and Bhutan have been selected from hundreds of applications to take part in the course. Throughout the weeklong course, they will receive top-notch training and get their hands on unique projects.

Shivendra feels it is important to include the neighbouring countries because ‘they all have film legacies that have been terribly neglected and will be lost to the world if they don’t start preserving their cinema’. 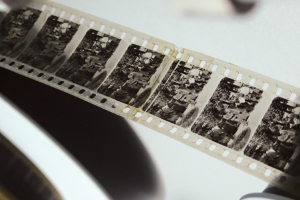 He also gave further details of the course, which is a pioneer in India:

“There will be daily screening of restored classics, to be preceded by an introductory talk on restoration.

“Each of the students will be given a film to be restored. One need not have technical knowledge of cinema for this, just the passion for it.”

He added: “This is in line with the vision to create an indigenous resource of film archivists and restorers that will work towards preserving the country’s cinematic legacy.”

Scorsese, best known for directing gangster classics like Goodfellas (1990) and Gangs of New York (2002), expressed his enthusiasm for the project in a statement:

“The School will be a world-class project imparting knowledge of the best practices and techniques for film preservation and restoration.”

He echoes Shivendra’s plea for bringing India’s cultural heritage back to life, saying:

“India’s unique cinematic history is an integral part of its social and cultural heritage, which has been sadly neglected. Thousands of films have been lost and many more will be lost if preservation and is not taken up as a priority.” 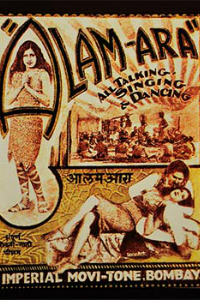 There have been urgent calls for restoring classics from Indian cinema.

According to the Film Heritage Foundation, India has lost up to 80 per cent of its films by 1950.

Among all these misplaced or mistreated cinematic work is the first ever Indian talking motion picture, Alam Ara (1931).

Over 1,500 silent films made in the years and decades before also share the unfortunate the fate. The historic lack of preservation efforts has put the industry at risk.

Shivendra explained: “Most people are not aware that India has an endangered cinematic legacy. We have lost a colossal amount of our cinematic heritage, and we continue to lose more every day – even recent films dating from as late as the ’90s.

“We need to recognise that cinema is an integral part of our social and cultural heritage that must be preserved and restored like any other art form.”

He emphasised: “The idea behind the ‘Film Preservation and Restoration School India’ was to create awareness about the importance of film preservation and restoration, and to take the first step in training future archivists and restorers to save our cinematic heritage.”

Shivendra has successfully restored Kalpana (1948) and Nidhanaya (1972). Both Indian classics were premiered at the Cannes and Venice Film Festivals.

It is hoped that the Scorsese-Shivendra initiative will raise the alarm for preservation of Indian cinema, so that future generations can celebrate its glorious past and learn from the best.

Scarlett is an avid writer and pianist. Originally from Hong Kong, egg tart is her cure for homesickness. She loves music and film, enjoys travelling and watching sports. Her motto is “Take a leap, chase your dream, eat more cream.”
Sunny Leone’s Sexy ‘Desi Look’ for Ek Paheli Leela
Why are the #OscarsSoWhite?