Why are the #OscarsSoWhite?

Despite a modern and culturally diverse society, are artists and entertainers in the West still at risk of racial discrimination and unequal recognition? Why are the #OscarsSoWhite?

If the 2015 Oscars have taught us anything, it’s that integrating with the West hasn’t done much in the way of encouraging the celebration of diversity in the arts.

They were from popular Hollywood films, Million Dollar Arm and The Hundred-Foot Journey. Sadly, he failed to make it to the final nominees list.

Why you ask? Because in Hollywood, diversity is apparently still a meaningless concept. It is a shame that even in 2015, the Oscars continues to struggle with ethnic representation. 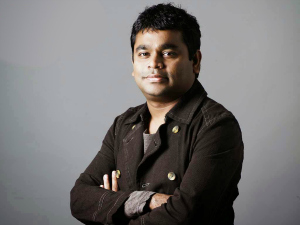 The four acting categories alone caused a considerable uproar among the public, press and critics for the noticeable bias towards White British and American actors and actresses.

The twenty nominees for Best Actor/Actress and Best Supporting Actor/Actress, were by no means a true representation of the incredible ethnic talent that exists in the West and around the world. (See our article on why Riz Ahmed is the biggest snub of the Awards season here.)

The last film to make any kind of South Asian impact on the Oscars was Slumdog Millionaire in 2008. It won eight Academy Awards including ‘Best Picture’ for Christian Colson, ‘Best Director’ for Danny Boyle, ‘Best Adapted Screenplay’ for Simon Beaufoy, and ‘Best Cinematography’ for Anthony Dod Mantle. 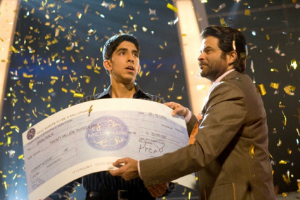 AR Rahman won two awards for ‘Best Original Score’ and ‘Best Original Song – Jai Ho’. While an impressive achievement, interestingly none of the Indian cast made it into the acting nominee list.

Reaction towards the film in India was largely mixed. Although Slumdog was lauded in the West for its innovativeness, in India it was actually not unique at all.

The subject had been touched upon by many Indian filmmakers and writers, none of whom received the same kind of global recognition or Western seal of approval that Danny Boyle did.

So why did Slumdog achieve so much? Is it because only White or Western representations of other ethnicities are worth celebrating? Those which typecast races entirely, like Slumdog, and to some extent 12 Years a Slave?

Or is it simply that they are moulded by a Western director and crew? Perhaps the Academy (’94 percent white and 77 percent male’) is essentially a White body that is concerned solely with Whiteness.

Even American Sniper, nominated for 2015’s ‘Best Film’, is a film that attempts to offer a ‘white Hollywood’ representation of current affairs and the war on terror.

But what about the other perspective? Why do we continually suffer from institutionalised racism in an industry that applauds freedom and creativity?

Clearly, there needs to be a balance of talent representation across all sectors, and the only way this can happen is if minorities are offered appropriate recognition and equal standing.

But then how many minorities have been free to act away from the tokenistic diversity their skin tone offers?

If not, then why should the Oscars be open to supposed ‘non-White outsiders’ at all?

Despite the obvious barriers, ethnic minorities in America have not shied away from making their opinions known, using the very same platform that oppresses them. 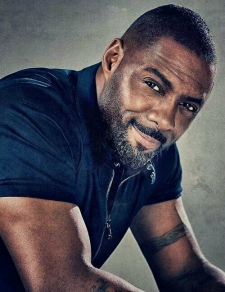 2015’s ‘Best Original Song’, which was won by Common and John Legend for ‘Glory’ from Selma, became a mini protest for racial equality.

Legend said: “We know that right now the struggle for freedom and justice is real. We live in the most incarcerated country [USA] in the world.”

And it’s not just the ethnicities waging war against White patriarchy, White women too are trying to get their voices heard. ‘Best Supporting Actress’ winner Patricia Arquette swapped her niceties for a call for gender equality saying:

“It’s time for all the women in America and all the men that love women, and all the gay people, and all the people of colour that we’ve all fought for to fight for us now.”

But Arquette faced a deserved backlash – as though such minority groups didn’t have enough on their plate than taking up the causes of White liberal women as well!

It is clear that the road to true equal representation, both racial and gender-based, is a long and winding one.

Will there be a day when we see actors, filmmakers, musicians and technicians celebrated not because of the ethnic tokenism they offer but purely based on their talents. Or will we never be able to separate between the two? 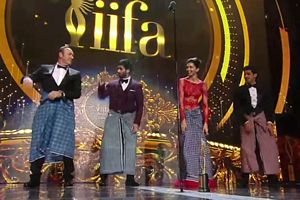 And what about other film industries and their relationship with the West? Bollywood reached out to the Hollywood when it held the 2014 IIFA Awards in Florida.

Recent years have brought Bollywood and Hollywood together but it is sad to see that they are not celebrated on the worldwide stage together.

Will it take yet another generation for this kind of segregation to finally disappear?

Such inequality is the kind of thing that deters young British Asians from going into the arts and becoming actors.

Parents have more than enough license to discourage them away because they won’t ‘amount to anything’; pushing them instead towards professional careers that provide better social respectability. And sadly they might not be wrong to do so.

Film academies like the Oscars need to be aware of their damaging effect on younger generations of Asians and other ethnic minorities. The lack of recognition for Asian actors in Hollywood is already limiting the role models needed to inspire the youth.

Is this the archive of whitewashed cinema that we are willing to leave for our future generations? Will Western cinema remain stagnated in its ‘Whiteness’ for years to come? And will #OscarsSoWhite continue?

Aisha an English literature graduate, is a keen editorial writer. She adores reading, theatre, and anything arts related. She is a creative soul and is always reinventing herself. Her motto is: “Life is too short, so eat dessert first!”
Martin Scorsese helps preserve Old Indian Cinema
Breakup, Makeup, and a Proposal in Desi Rascals