Why Sergi Singh thinks Nigel Farage is like Gandhi

UKIP is no stranger to headlines. With party leader Nigel Farage and candidate Sergi Singh referencing Gandhi, DESIblitz looks at the uncanny comparison!

“[Nigel] is a chap who’s in the right time at the right place, a bit like Gandhi.”

UK Independence Party (UKIP) has been the focus of media frenzy over UK General Election 2015, since winning the European elections in 2014.

When party leader Nigel Farage borrowed a few quotes from Mahatma Gandhi to illustrate his political battle, many took a shot at Farage’s arrogance.

Then Sergi Singh, the party’s candidate for Hull North, sent shockwaves through the British Asian community by expressing the same sentiment.

@DipaJVaya: http://t.co/BwcOjAx4jP ?comapring Nigel Farage to Mahatma Gandhi who was an inspiration leader complete opposite to Farage

Let’s take a look at what lies beneath Singh’s statements!

By making a direct comparison between the leader of a political party notorious for its racist views and one who advocated India’s independence, Singh could not have dug a bigger hole for himself.

He went on to elaborate his point of view, saying: “The independence movement to go outside of Europe is really important. He’s got a lot of respect around the world [because of it].” 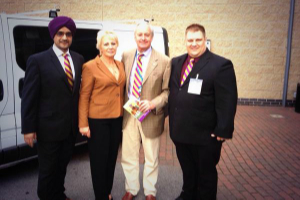 It would seem that Singh was referring to one of UKIP’s main agenda – to exit the UK from the European Union (EU).

It may be a remote comparison, but one can understand Singh was trying to describe Farage’s pledge to free the UK from being ‘ruled’ by the EU.

But then he added: “[Gandhi] went to the British and said, ‘Could you get out of my country?’”

The parallel became preposterous. Gandhi was a freedom fighter and great thinker who led by example in India’s struggle for independence from British rule. Farage is nowhere near that.

Besides, UKIP’s reason for leaving the EU is driven by nationalism and the desire to make economic decisions without being bound by trade agreements set by the EU.

Despite warnings of substantial economic loss, UKIP continues to promote their cause by pointing the finger at immigrant workers from the EU and abroad.

It is hardly imaginable that Gandhi shared the same thought, when he attempted to lead India out of poverty and social stigma through gaining political independence in 1947.

“[Nigel] is a chap who’s in the right time at the right place, a bit like Gandhi.”

In complimenting Farage’s persona, Singh said: “I’ve met Nigel three or four times now, and we went for an orange juice, and he was really genuine and was just asking about Hull. 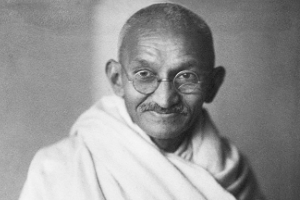 “I can read people within five minutes, and he’s a chap who’s in the right time at the right place, a bit like Gandhi.”

Reducing the Nobel Peace Prize nominee’s lifetime of efforts and dedication for his country to nothing but coincidence was beyond disrespectful.

Whether this was said by an Indian or not is not relevant, as the point being made brought out the ignorance to Gandhi’s iron will in sustaining a lengthy non-violent civil disobedience.

Singh emerged as Hull North’s UKIP candidate in early March 2015. He is the owner of ‘Jackson Wines’ in East Hull.

Though UKIP takes a hard line on immigration, Singh is joined by 20 other Asian candidates representing the party in the upcoming general election.

See the full list of Asian candidates for the 2015 UK General Election here.

Scarlett is an avid writer and pianist. Originally from Hong Kong, egg tart is her cure for homesickness. She loves music and film, enjoys travelling and watching sports. Her motto is “Take a leap, chase your dream, eat more cream.”
Asian Candidates for the 2015 UK General Election
Asian student jailed for Hacking University computer