Manish Patel has run an incredible 540 miles to raise money for the BBC’s UK charity, Children in Need. DESIblitz caught up with the British Asian runner.

Ahead of BBC Children in Need 2016, DESIblitz brings you the inspirational story of Manish Patel.

The 27-year-old from Birmingham, UK, chose to run an incredible 500 miles to raise money for the UK charity.

After beginning the 500-mile challenge in March 2016, he set an aim to finish by the end of November.

However, after surpassing that total in October, ahead of schedule, Manish Patel added a further 40 miles to his challenge.

He officially completed his miraculous feat on November 5, 2016, and tells DESIblitz all about his remarkable experience.

The British Asian talks about his challenge, as well as what gave him the inspiration to do such a thing.

Can you tell us more about your 500-mile challenge? 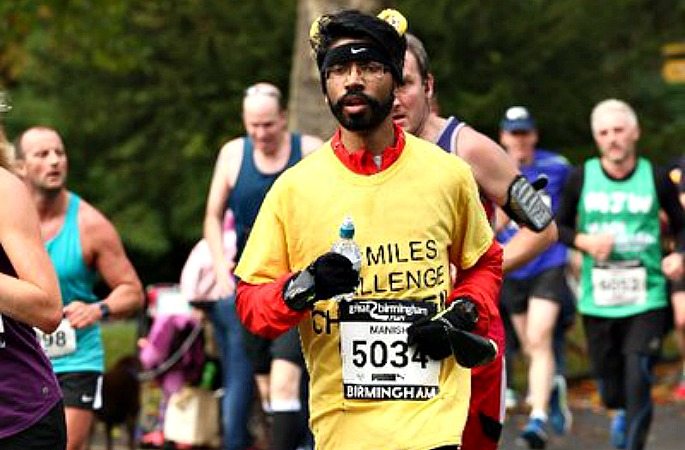 “My challenge was all about trying to help inspire young and disadvantaged children in the UK. But it also taught me to never give up in life.

“At the start of the challenge, my aim was to run a total of 500 miles between mid-March and November.

“For someone who only took up running in March 2015, and had never run a full marathon before 2016, it was a daunting test. However, I was really determined to complete the challenge and raise as much money as possible for charity.

“My achievement and fundraising will help lead disadvantaged children in the UK to better lives. Hopefully, they too will achieve their ambitions in life.”

How did you go about completing the challenge? 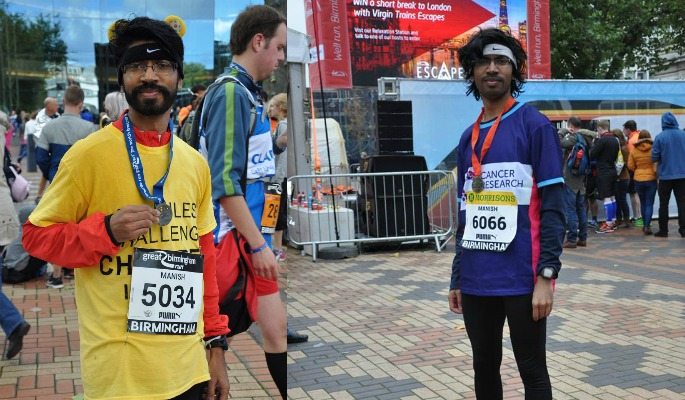 “Remarkably, though, I was able to reach the 500-mile mark at the Great Birmingham Run on October 16.

“With a month and a half to spare, I took the decision to extend my challenge to 540 miles. Those extra 40 miles have now been complete and I’m already looking ahead to 2017.

“It’s been a tough, but enjoyable and rewarding journey. All the hard work and training has paid off, and I can look back on completing the challenge with pride.”

What inspired you to take on the 500-mile challenge?

“2015 was a tough year for my family, and it was a real eye opener. But what it did do, though, was bring us closer and made us stronger as a family.

“I am very thankful and lucky to have had the support that my family have given me through the years and want to make them proud. 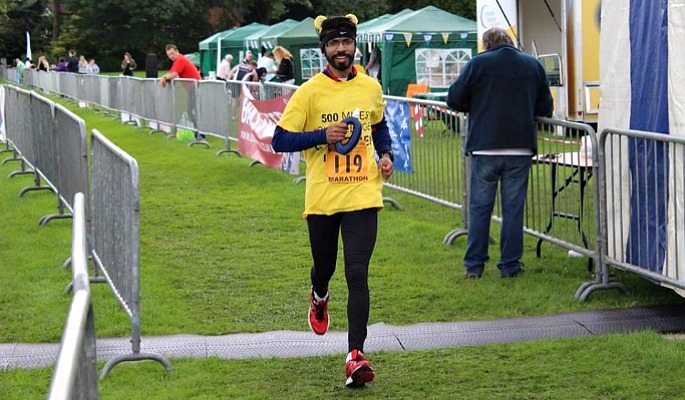 “Another reason for the challenge is in memory of Sir Terry Wogan. He was an inspiration for me and many people out there. Whenever I heard him on the radio or saw him presenting Children in Need, he always brought a smile to my face.

“Sir Terry will be missed very much this year. I hope I have brought a smile to his face, wherever he may be, by raising a lot of money for Children in Need.

“I also took on this challenge to inspire young children in the UK. Having had early learning difficulties myself, there were times where I could so easily have given up. But I haven’t. Throughout my life, I have always worked hard and I am proud of where I am in life today.”

How can people support you?

“People can donate by visiting my JustGiving page. Or you can text: CHIN89 and your amount to 70070.

“Please help make a difference to improve the lives of young and disadvantaged children in the UK.”

Find out more about Manish Patel

It is not just running that Manish Patel is fond of, though. The 27-year-old is a sports fanatic, following a range of other sports, including football, cricket, Formula One, and athletics. 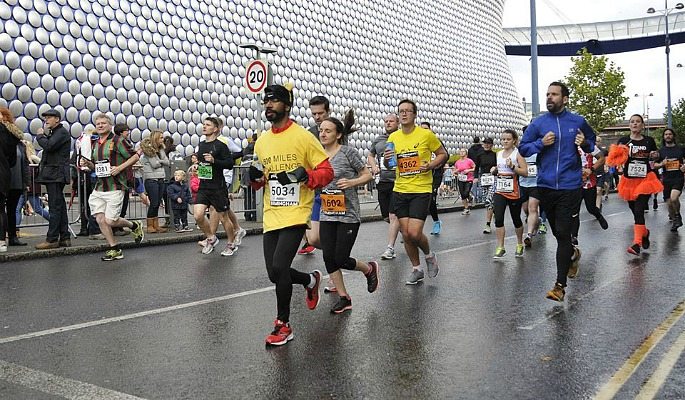 The Wolverhampton Marathon in September 2016 was Manish’s first full marathon.

About it, he says: “Completing the Wolverhampton Marathon really was one of the best days of my life and will live long in the memory. The first of many marathons for sure.”

But when can we expect to see Manish Patel next taking part in a marathon?

He says: “My plans for 2017 are coming along well, but I want to stay tight-lipped for the time being, so watch this space.”

Along with his newly discovered love for running, Manish Patel is also a very passionate football fan.

Although Manish wasn’t able to attend that famous game, it is at The Hawthorns where you are most likely to see him next.

He says: “I try to go to West Bromwich Albion home matches between four and six times during the season.” 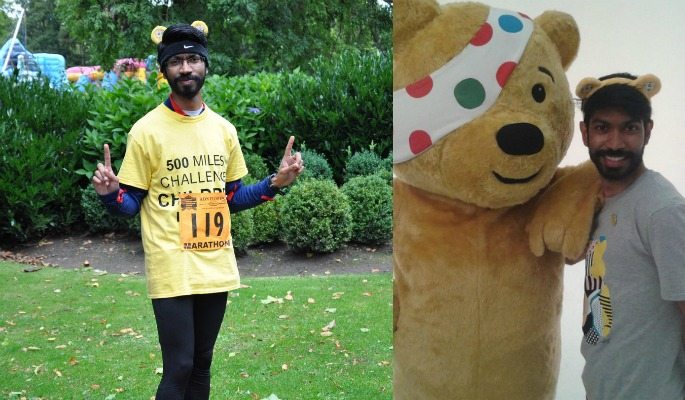 If you want to find out more about Manish Patel, you can find him on Twitter and Facebook.

Children in Need celebrates its 37th anniversary in 2016. The show, which airs on November 18, hopes to beat the record-breaking £55milion raised in 2015. And you can help contribute by supporting Manish Patel here.

If you want to find out more about the Children in Need charity, click here.