Man laughed with Friends after Deliberately Driving into Rival

Birmingham Crown Court heard that a 20-year-old man laughed with his friends after deliberately driving into a rival with his car.

"you were driving at some speed and you then accelerated."

Ibrar Ali, aged 20, of Perry Barr, Birmingham, was jailed for 16 years on August 16, 2019, for deliberately driving into another man.

After hitting 26-year-old Luqman Mohammed, Ali joked about what had happened.

Birmingham Crown Court heard the incident had stemmed from a feud between two groups of people.

On August 17, 2018, at around 1:30 pm, Ali had been driving in Erdington with his brother when they passed a Ford Focus containing three armed men.

Ali stopped his car and his brother got out. The masked men approached Ali’s brother armed with bats and machetes.

One tried to punch Ali’s brother who then ran down Hillaries Road, Gravelly Hill. He was pursued by the men, one of them being the victim.

Ali drove after the men, deliberately driving into Mr Mohammed, throwing him on to the bonnet and driving off.

Ali then drove to a cul-de-sac where he was captured on CCTV laughing about the incident with his brother and some friends. 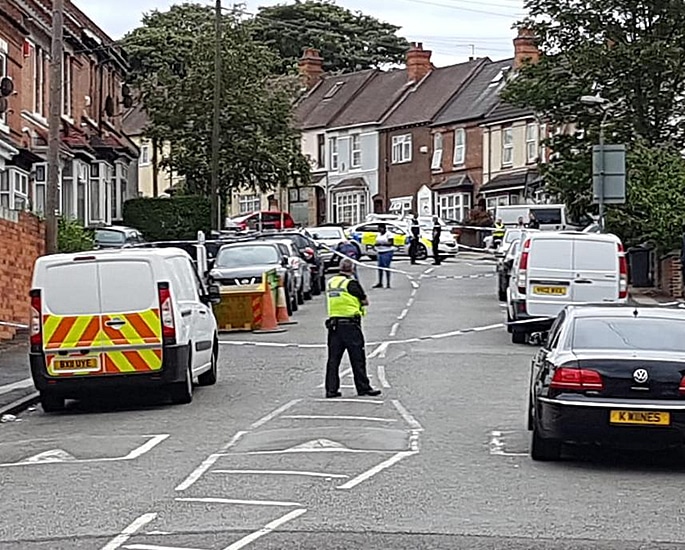 The incident left Mr Mohammed with “grave and significant” injuries. He spent four months in hospital and he now has speech difficulties as a result of suffering brain damage.

Ali’s Toyota Yaris was recovered by the police and Ali was arrested a few days later.

The prosecutor Paul Spratt explained that Ali was on bail at the time. A month before the hit-and-run, he threw a hammer at a former college friend, hitting him on the head in Aston.

Judge Simon Drew QC told Ali: “Precisely what it was that led to these events is not clear.

“Nothing has been said to explain it least of all by you but I do not accept that you had no knowledge of what was going on.

“You knew that your brother was being pursued by others in relation to something.

“Your brother ran up Hillaries Road pursued by these three men and you turned your car around and followed them.

“Precisely what your intention was at that stage is not clear.

“It is clear from the CCTV footage that you were driving at some speed and you then accelerated.

“You struck him and you can see him moving something in the order of 40 to 50 feet.

“Not surprisingly when he hit the ground he did not move. You did not stop or seek in any way to provide assistance to him.”

Judge Drew then explained that Ali showed “pride in the damage he had caused”.

He also said he was also “flinging his arms around and laughing at what had taken place”.

The judge added: “That reflects your attitude to what took place more clearly than anything else.”

Defending Ali, Michael Duck QC said: “Up to that point he had been an absolutely model citizen and had just finished a first-year degree course at Birmingham City University.”

He added: “The three men were fomidably armed and were making a determined pursuit of Ali’s brother.

“The reason he went up the road was because of concern for his brother.”

“Ali deliberately drove at his target leaving him with serious injuries. He clearly had no remorse as he was caught laughing when he disposed of the vehicle nine minutes later.

“He has been handed a significant sentence today and it goes to show that this type of violent crime will not be tolerated or taken lightly in our community.”