A man from London has been found guilty of murdering a 16-year-old gang rival in Camden as a result of an ongoing feud between the two groups.

Six males then fled in the two cars, leaving Alex for dead.

Arif Biomy, aged 19, of Greenwich, London, was convicted of murder on February 25, 2020, following the fatal stabbing of a gang rival.

Sixteen-year-old Alex Smith was stabbed to death just after 11 pm on August 12, 2019. He was part of a street gang operating in and around Camden.

On the night of the attack, Biomy was one of six members of a rival gang who had been driving around the Fitzrovia and Euston Road area looking for rivals to attack as part of an ongoing feud.

Biomy and his fellow gang members had been in two stolen cars, a Ford Fiesta and Seat Leon both on false plates. Biomy was inside the Seat.

Just after 10:30 pm, Alex and some friends left a restaurant through an entrance onto Bolsover Street.

The group then ran to an estate on the north side of Euston Road where they took refuge. It is believed that they had come into contact with the suspects in either or both of the stolen cars before running off.

The two cars pulled up in Longford Street just after 11 pm. Several males ran into a block of flats looking for rival gang members.

A short while later, Alex and his friends were spotted by the other occupants of the cars.

Biomy stayed in the car while three males chased Alex to Munster Square where he was stabbed to death.

Six males then fled in the two cars, leaving Alex for dead. Emergency services were called, however, Alex was pronounced dead at 11:33 pm.

A post-mortem revealed that Alex had been stabbed at least twice, one of which was a fatal stab wound to the chest. 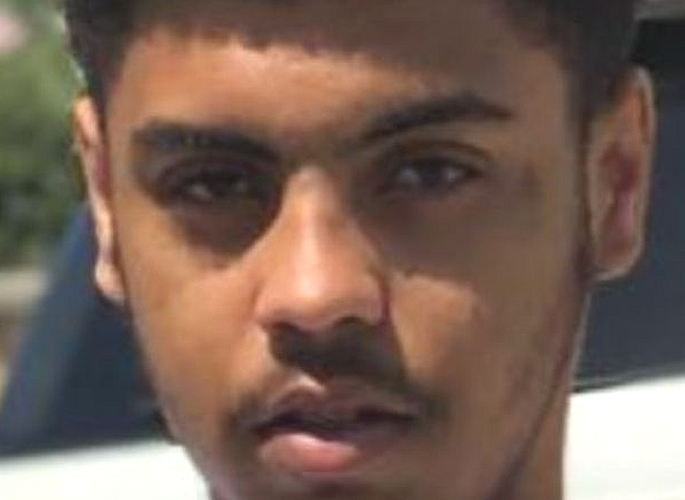 Biomy and Yusuf had spoken on the phone twice before the killing. Minutes after the stabbing, Biomy tried to call Yusuf five times before they finally spoke at 11:21 pm.

On August 13, 2019, at 2:30 am, the Fiesta was found burnt out in Kilburn Park. An hour later, the Seat was discovered burnt out in East Barnet.

Both were charged and appeared at Highbury Corner Magistrates’ Court on August 19.

Prosecutors argued that all those inside the two cars committed murder together as part of an agreement.

They established that Biomy, although he never left the car, was a key member of the gang who murdered Alex.

Yusuf set the two cars alight, with the intention of destroying evidence which might implicate the occupants.

The investigation is ongoing as detectives are working to bring the four other suspects to justice.

Detectives have not identified the driver of the Fiesta, but they believe they know the identity of the two passengers.

Both men, aged 19 and 20 at the time of the murder, fled the UK just days after the killing and are believed to be overseas.

Police identified one of the passengers in the Seat as a 20-year-old man, however, he has been detained under the Mental Health Act and is not fit to stand trial. They have not identified the second passenger.

Anyone with information that could assist the investigation is asked to call the incident room on 020 8358 0400. To remain anonymous call Crimestoppers on 0800 555 111.

Dhiren is a journalism graduate with a passion for gaming, watching films and sports. He also enjoys cooking from time to time. His motto is to “Live life one day at a time.”
Indian Husband & Friend took Obscene Photos of Wife
Indian Groom allegedly ‘Murdered’ by Ex-Girlfriend