A mother from Rochdale has been jailed for running a drug business with her brothers. She was nicknamed “Little Miss Attitude.”

"she also was involved in delivering them to users"

Naliah Noreen, aged 23, of Rochdale, was jailed for five years after running a drug business with her brothers, which forced children to traffic heroin and cocaine.

Manchester Minshull Street Crown Court heard that Noreen and her two brothers ran five hotlines which made or received 54,000 calls over a four-month period and had nearly 1,200 customers.

She had forced a 15-year-old boy into becoming a “runner” after telling him he owed the gang money.

The victim was told that dealing drugs would pay off his “debts”. Noreen and her relatives drove him around local housing estates, making door-to-door deliveries of heroin.

Noreen’s operation earned her the nickname “Little Miss Attitude”. Addicts knew her as the “woman with the really arrogant bad attitude.”

She also travelled to Lancashire and Staffordshire to collect large sums of money on behalf of her boyfriend.

In August 2018, the mother-of-one was arrested after police learnt of the boy’s ordeal. At earlier hearings, her brothers Asad Ali and Ratib Ali, and their housemate Janaid Rehman were jailed.

The police came to know about Noreen in November 2017 after her boyfriend told her to meet the gang’s distributors in Nelson and Stoke to pick up some money. 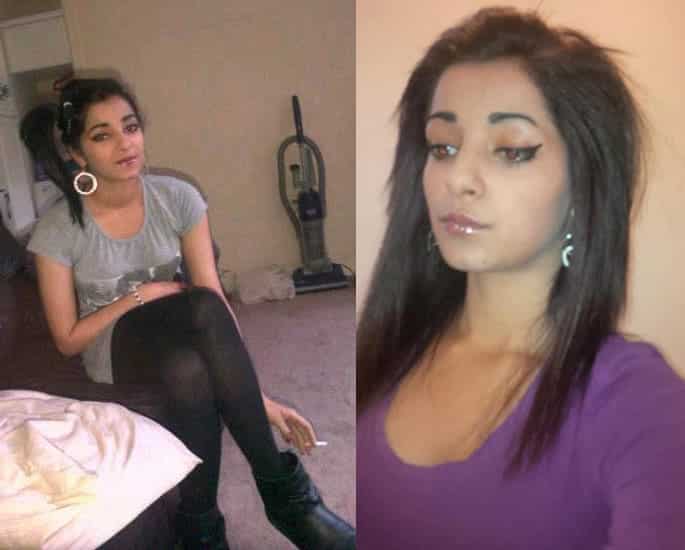 Officers kept her under surveillance. During a meeting in Audley in February 2018, Noreen was spotted collecting a Tesco bag containing £26,890 from a dealer in a VW Golf.

She was later stopped and arrested but was released under investigation after she told police that Khan had asked her to collect money which she thought was a loan repayment.

However, she and three of her family members became involved in running five drug hotlines named ‘Rocky’, ‘Tyson’, ‘Woody’, ‘Kez’ and ‘Doctor.’

“These were used to organise and facilitate the street-dealing of large quantities of cocaine and heroin. Ms Noreen’s role appears to have primarily been to direct the supply of the drugs.

“A user would call or message one of the drugs lines to place an order, the person with the handset for that drug line would then call one of the dealers to pass on the order and they would then, in turn, contact Naliah Noreen to arrange for the drugs to be delivered to the user.

“Whilst Ms Noreen’s role was primarily organising the delivery of drugs, it is clear she also was involved in delivering them to users, as can be seen from text messages recovered from her mobile telephone.

“One describes how following the arrest of the person running the ‘Kez’ line, Ms Noreen is described as late 20s, slim build, with a really arrogant bad attitude.

“Police also became aware that a 15-year-old boy was being used to deliver Class A drugs.”

“It is plain, the group, including this defendant, were responsible for controlling the activities of the boy who delivered both cocaine and heroin to users who had contacted the drug lines being operated by Ms Noreen and her family.”

The drug business ended after two men were arrested in a stolen VW Golf fitted with false registration plates.

Noreen was arrested for a second time in August 2018. 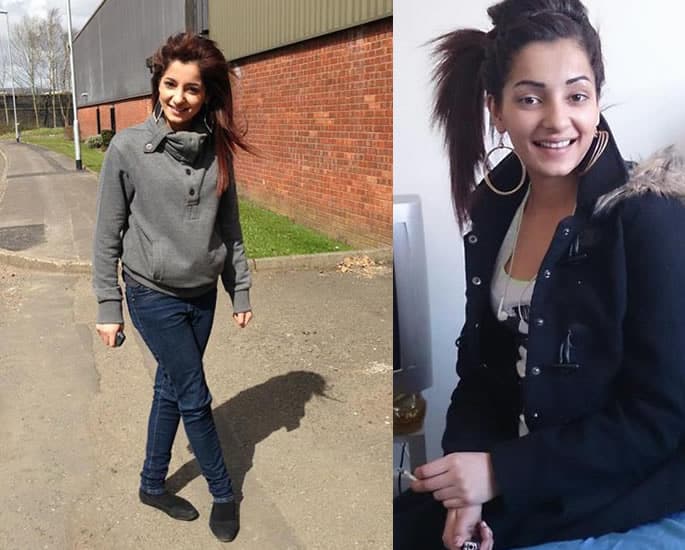 Mr Calder said: “When she was later interviewed she began by telling the officers they ‘better get me the f**k out of here or I’m going to kick off’.

“She then proceeded to call them ‘pr**ks’ throughout the interview.

“In short, she denied the offences and asserted that she was a drug user, not a drug dealer.

“When asked about messages in which she asked her brother Asad for the number for the ‘graft line’, she said she was entitled to ask her brother for a drug number, and intended to order drugs for herself.”

Noreen was previously convicted for drug driving. Noreen pleaded guilty to conspiracy to supply cocaine and heroin as well as a separate charge of money laundering.

“Her conduct was born out of personal circumstances and she was very much under direction of her boyfriend at the time.

“He is far more criminal astute than her and whilst we don’t say she’s been exploited there is certainly a degree of pressure placed on her.

“She instructs me quite passionately that she did not directly recruit that child.

“She’s got a child of her own and looks back at what happened with disgust. She is now a complete contrast to the person she was upon arrest.

“She’s now motivated to better herself not least for her young daughter.”

“You have found yourself isolated from your family whilst in custody and have rehabilitated yourself and you no longer are addicted to drugs and have changed your attitude to life and offending.

“But you were involved in moving money to the value of tens of thousands of pounds around the country to assist drug dealing and carried out an essential function in keeping it running.

“You also chose to start up your own drug dealing business and the scale is evident by the thousands and thousands messages made to your drug lines.

“You were directing the supply and occasionally delivering of drugs and you had a significant role.”

Naliah Noreen received a five-year sentence for her role in the drug business.

During the investigation, 13 kilograms of Class A drugs and over £100,000 in cash were seized.