India’s used car platform, CARS24, has been valued at £2.4 billion after its latest funding round with participation from Alpha Wave Global.

“This is a $100 billion market opportunity in India and abroad"

India’s used car platform, CARS24, has been valued at £2.4 billion after its latest funding round, almost double its valuation in September 2021.

It came after they raised $400 million in a funding round with participation from asset manager Alpha Wave Global, formerly known as Falcon Edge Capital.

The round also included a $100 million debt component that has been sourced from investors like the Commercial Bank of Dubai and IFM Investors in Australia.

The company’s valuation has jumped more than 80% from its previous funding of £340 million, led by SoftBank Vision Fund, Alpha Wave Global and Yuri Milner’s DST Global.

It had previously become a unicorn in 2o20 after securing £150 million in a funding round which had been led by DST Global.

Founded by Vikram Chopra,  Mehul Agrawal and Ruchit Agarwal and Gajendra Jangid in 2015, it offers a platform for users to buy, sell and finance transactions of used vehicles. 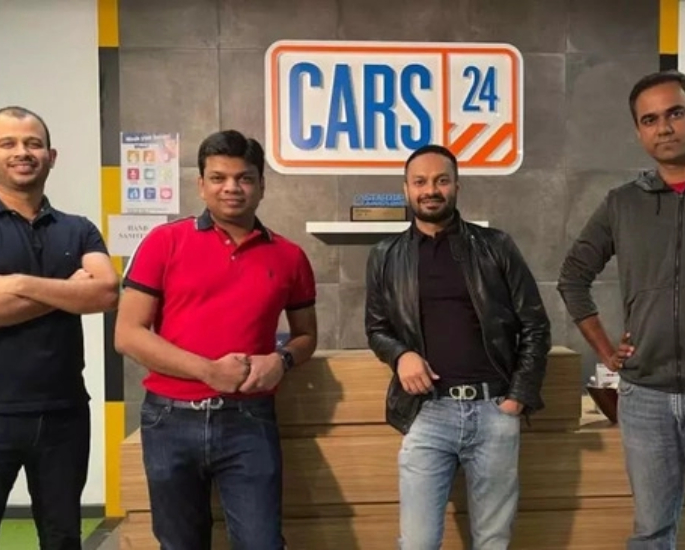 CARS24 which operates globally across Australia, the UAE and Thailand is among the businesses which have been boosted by the pandemic.

Subsequently, they are also looking to expand to the Middle East and Southeast Asia in the near future, according to the Economic Times.

The company is clocking an annualised revenue run-rate of close to £7.5 million, based on last’s quarter performance.

This includes revenue from the lending vertical through its non-banking financing company unit, which offers vehicle financing.

Founder and CEO Vikram Chopra said the company saw 50% growth over the past quarter and has aggressive expansion plans for 2022.

He added: “Today, we are witnessing greater acceptance amongst customers across the globe for our platform when purchasing their next car.

“As we continue to build the best infrastructure for the future with an end-to-end digital customer experience, we are confident that this will delight our customers with our high-touch industry experience.”

Co-founder and CMO, Gajendra Jangid added that the new capital will be used for large-scale refurbishing labs across India to improve the quality of cars before they are sold.

He said: “The primary use of the funding will be to continue to strengthen our presence in India, and in the countries where we have expanded.

“This is a $100 billion market opportunity in India and abroad, and a much larger game …

“The latest funding will help us make a dent not only in India but abroad too.”

Naina is a journalist interested in Scottish Asian news. She enjoys reading, karate and independent cinema. Her motto is "Live like others don't so you can live like others won't."
10 Top Streaming and OTT Services in India
‘Dabangg’ NFT Collection to Launch on December 30