In a viral tweet, an Indian man named Kovid Kapoor spoke about his name and the responses it has prompted in the wake of Covid-19.

"He is the lesser-known Covid variant.”

The Indian man’s name first surfaced after he shared his experience of travelling abroad after the Covid-19 pandemic on Twitter and wrote:

“Went outside India for the first time since Covid and got a bunch of people amused by my name.

“Future foreign trips are going to be fun!”

Kovid Kapoor is the founder of the holiday and travel booking website Holidify.com.

He then explained how, even though the name is similar, the spelling and pronunciation is different.

Kovid also explained the meaning behind his name.

In another tweet, Kovid wrote: “For those on this thread, wondering what my name actually means – it means scholar/learned.”

The Indian man also shared people’s reactions when they first learn his name.

For those on this thread, wondering what my name actually means – it means scholar / learned.
Comes in the Hanumaan Chaleesa.

From friends getting him a birthday cake that read “Covid-30” to mobile operators laughing at him, Kovid has had his fair share of incidents throughout the pandemic.

Kovid Kapoor also revealed that he mostly uses a fake name now, citing an incident where a Starbucks employee pointed out his name to everyone and started laughing.

“Apart from these, there have been tens of funny micro-interactions, with Amazon delivery guys, with electricians, at airport security, at hotel check-ins, etc.

“The real thrill is before the start of a new interaction – is there gonna be another little joke, or not?”

Netizens couldn’t help but be amused at the Indian man’s name and took to Twitter to share their thoughts.

“My guy, I wouldn’t leave the house with that name.”

Another added: “He’s called Kovid and he’s running a travel company. Oh no!”

A third jokingly commented: “He is the lesser-known Covid variant.”

Since going viral for his name, Kovid has shared a picture on Twitter in which he can be seen holding a Corona beer. 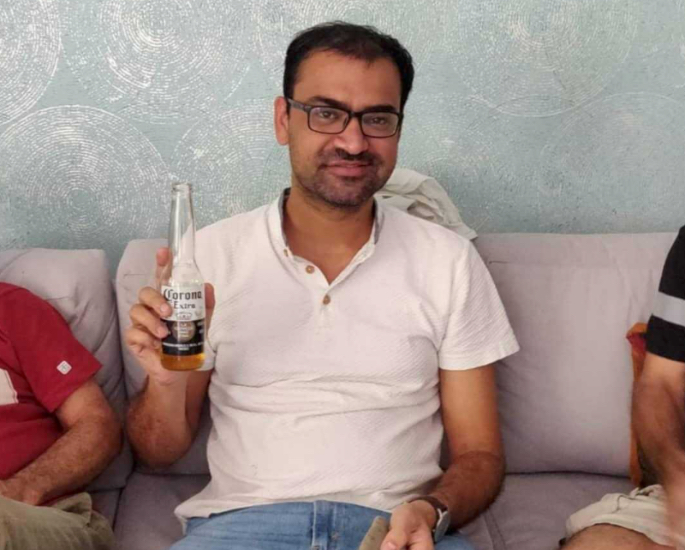 Kovid shared the picture alongside the caption:

He added: “Anyway – life threw me (and all of us) a sour lemon, I just decided to take it all in good humour and make some lemonade out of it.”

He has since changed his Twitter bio and declared: “My name is Kovid and I’m not a virus.”

Kovid joined in on the fun and encouraged netizens to send him their Covid-19 related jokes as “I am running out of them in my repertoire”.

Ravinder is a Journalism BA graduate. She has a strong passion for all things fashion, beauty, and lifestyle. She also likes to watch films, read books and travel.
Indian Man dumps Live-in Girlfriend for not Getting Pregnant
Teacher banned after Luring Girl aged 14 into Fake Marriage