An Indian artist has paid tribute to the late Pakistani singer Shaukat Ali by creating a larger-than-life sculpture of him.

the artist has previously cast many sculptures

The sculpture was cast following the death of the renowned singer.

The folk artist was famous in Punjab on both sides of the border.

Now, Manjit Singh has created a sculpture of the artist and it has been installed in India’s Ghal Kalan village, Punjab.

“He had recovered but four months back his condition again deteriorated and his liver stopped working completely.”

He suffered from multiple health issues, including diabetes and liver failure.

Ali’s death was mourned by fans of his music. It was equally mourned by the literary communities of India and Pakistan, as many of his fans recalled his prolific work.

The services of Ali inspired Manjit Singh to cast his sculpture.

However, the artist has previously cast many sculptures of famous personalities. 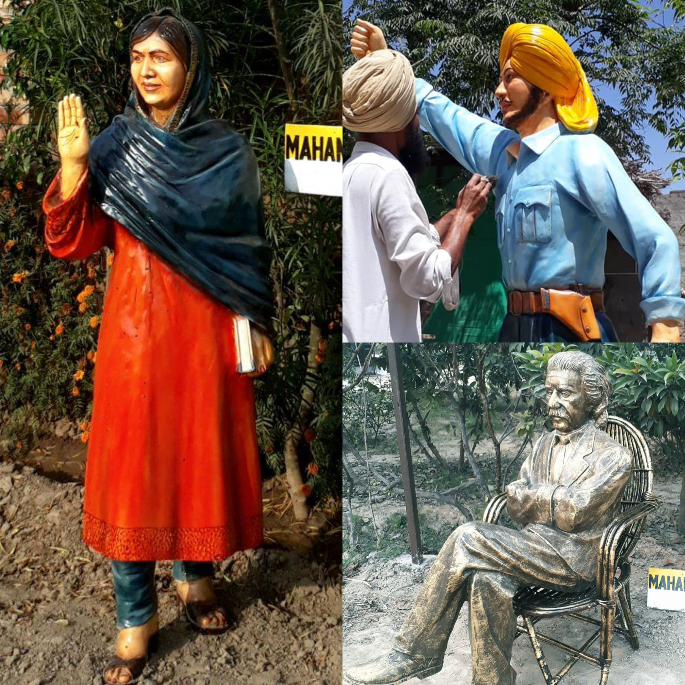 The park in Ghal Kalan holds many other sculptors of Gill along with the bust of Ali.

Some of his sculptures include Bhagat Singh, Mahatma Gandhi, Malala Yousafzai, and Albert Einstein.

The sculpture now stands as a living memory of Ali’s work for Punjabi culture and literature.

Ali was born in the Mandi Bahauddin district of Pakistan.

His family had a long association with music and was rooted back to the ‘Bhati Gate’ of Lahore.

The artist started his career at the age of 17.

He recorded his first song ‘Pagdi Utaar Chora’ for a Punjabi film in 1962 and received the ‘Silver Jubilee Award’ for it.

Ali was also a writer and composer. Most of his songs were self-written.

The collection of the songs he wrote are also published in the form of two poetry books.

He also performed in many concerts in and out of the country to raise funds for charitable causes.

In a previous interview, Shaukat Ali mentioned that he has performed many times for fundraising of the charitable hospital of Imran Khan.

Ali also performed at the Asian games 1982, in New Delhi.

The singer was honoured with ‘The Pride of Performance‘ (highest civil award of Pakistan) award in 1991.

The government of Pakistan awarded him for his contribution to the literature and culture of Punjab.