The ICC T20 Cricket World Cup 2014 takes place in Bangladesh from 16 March to 06 April 2014. The fifth edition of the event will see sixteen teams compete for the ultimate prize. Wasim Akram tips Pakistan and India as top favourites for the tournament.

"Pakistan, India and the West Indies are top three favourites as they play this format well"

The fifth edition of the ICC T20 Cricket World Cup takes place in Bangladesh from 16 March to 06 April 2014. Since 2007, the mega event has been held (generally) every two years.

The dreams and aspirations of all participating nations are going to unfold during the next three weeks. Some of the teams and venues are going to be part of cricketing history, especially Nepal who will make their International debut against a test-playing nation in the tournament. 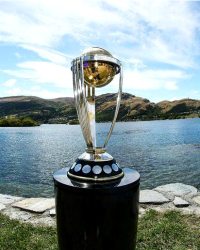 he tournament will feature sixteen teams playing against each other for the most coveted trophy in the T20 format.

The event will stage a total of thirty-five matches across three different venues in Bangladesh.

The first round of matches will see two full members in action, comprising of Bangladesh and Zimbabwe. In Group A, Bangladesh is joined by Afghanistan, Nepal and Hong Kong. Group B will consist of Zimbabwe, Ireland, United Arab Emirates (UAE) and Netherlands.

The three associate teams in each group have successfully come through the ICC World T20 Qualifier, which was held in the UAE, 2013. Ireland won the qualifying event in Abu Dhabi after beating Afghanistan by sixty-eight runs. 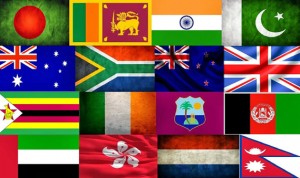 The two best teams of the tournament will meet in the grand final, which takes place on 06 April, 2014.

India will play two warm up matches against Sri Lanka and England before playing arch rivals Pakistan on 21 March, 2014.

According to Indian captain MS Dhoni, recent overseas defeats will not have a direct effect on their performance: “It all boils down to how you execute your plan,” he said.

Pakistan will be without Boom Boom Shahid Afridi for the first warm up match against New Zealand due to a groin injury: “I am recovering well and (will) hopefully play at least one warm-up match,” Afridi told reporters.

Shahid Afridi confident of breaking the jinx against India this time said: “We can defeat India in the World T20 as well. MS Dhoni is an extraordinary player and the match against India will be crucial.”

Without doubt, the tension and enthusiasm will reach its peak, as the teams get to challenge each other’s skills and abilities during a spectacular display of patriotic spirit. 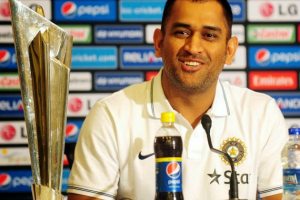 Bangladesh who are hosting their first major sporting event have prepared some wonderful venues and will showcase some of the best stadiums for everyone to see.

The opening match, semi-finals and the final will take place at the Shere Bangla National Stadium, Mirpur in the capital city of Dhaka.

The second venue is situated in the commercial hub of Bangladesh, the stunning port city of Chittagong, The Zahur Ahmed Chowdhury Stadium with it’s amazing views will host the first round and Super 10 matches.

Finally the third venue of the tournament rests in the tea gardens of the country at the newly renovated Sylhet Cricket Stadium.

Amongst the favourites for the competition are Australia, India, Pakistan and Sri Lanka. While Australia is a much-improved T20 side, the other three teams will fancy their chances in friendly and familiar conditions. 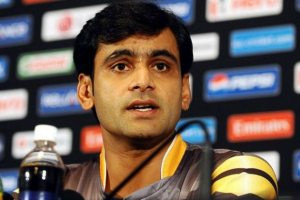 South Africa also has a balanced side, but will need to overcome their phobia of choking if they are to win their first World Cup.

Former Pakistan captain, Wasim Akram feels the Asian teams will perform well in the tournament. He said: “For me Pakistan, India and the West Indies are top three favourites as they play this format well and have enough experience at their disposal.”

The stage is set for an electrifying tournament. Fans from around the world are ready to witness some action filled and exciting cricket.

Faisal has creative experience in the fusion of media and communication and research which increase awareness of global issues in post-conflict, emerging and democratic societies. His life motto is: "persevere, for success is near..."
Football Association delays plan for British Asians
Premier League Football 2013/2014 Week 27