Dua Mangi, who was abducted in Karachi, has returned home safely. However, her kidnappers have not been identified as Dua says she did not see their faces.

She was reportedly blindfolded for the entire duration

Dua Mangi has returned to her home, almost a week after she was kidnapped at gunpoint. But she claims that she did not see what her abductors looked like.

On December 1, 2019, she had been out with her friend Haris Fateh near a popular spot in Karachi’s Defence Housing Authority when a car pulled over.

A group of armed men grabbed her and took her inside the vehicle while Haris was shot.

Her friend suffered a gunshot wound to the neck and still remains in a critical condition.

Post-release, Dua gave her statement on December 10, 2019. However, Dua told police that she did not see her kidnappers’ faces as they had blindfolded her.

The young woman explained that she heard several loud noises all at once before a number of gunshots.

She was reportedly blindfolded for the entire duration of being held in captivity.

Dua also told officers that her abductors had changed cars three times in order to avoid suspicion and that she could not tell how much time had passed in the car.

As well as not being able to see their faces, Dua maintained that she could not recognise their voices as she heard a different voice every time one of them brought her food.

Officers said that Dua Mangi returned home on December 6, 2019, after a ransom was allegedly paid.

The suspects had reportedly contacted Dua’s relatives on WhatsApp and the first ransom demand was made shortly after the kidnapping took place. 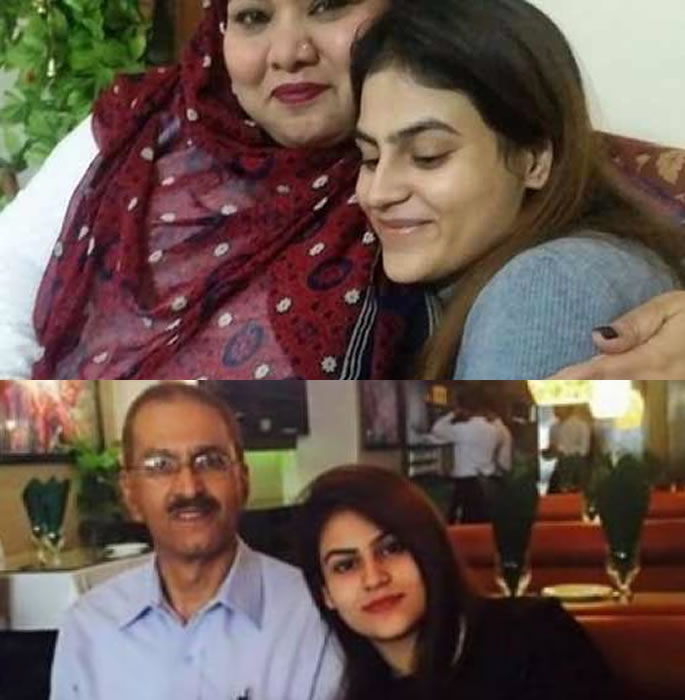 Dua’s mother spoke to reporters announcing that her daughter returned home but denied paying a ransom.

She said that her daughter had returned home unharmed but was severely traumatised by the ordeal.

Following the victim’s statement, investigators said it did not bring any new information that would help with the case.

Local officers, as well as officers from other agencies, are working together to identify and arrest the suspects.

Officers revealed that while they were investigating the abduction on December 5, they were involved in a shootout with Dua’s kidnappers.

The men were masked but officers identified them as the abductors after seeing the car that they were driving matched the one that was used to kidnap the young woman.

Officers said that the vehicle, which was used in the kidnapping had been stolen from the area of Firozabad, Karachi, and was on false plates.

The suspects opened fire at a police vehicle as soon as they saw it.

Reportedly, one of the suspects and two police officers were wounded during the encounter.

The suspects managed to flee the scene but ammunition shells obtained from the shootout matched those that were found at the scene where Haris was shot.

Police have filed an FIR against at least four unidentified people.

Dhiren is a journalism graduate with a passion for gaming, watching films and sports. He also enjoys cooking from time to time. His motto is to “Live life one day at a time.”
Indian Girls kick and beat Molester at Bus Stand
Indian Boyfriend shoots dead Girlfriend and a Cab Driver