The Shahdashian sisters, Nat and Jo, brought fun, energy, and sassiness to Desi Rascals Series 1. DESIblitz speaks exclusively to the Shahdashians about dating, Shmanoj, and thriving with two cultures.

"So people would ask, ‘Your surname’s Shahdashian, right?'"

The stunning Shahdashian sisters, Nat and Jo, were both singletons at the beginning of Desi Rascals Series 1.

Their double-dating experience with the Ravalias was a non-starter. But Jo found romance in the arms of Moses. And Nat is currently ‘friends’ with Shmoyel.

DESIblitz speaks exclusively to Nat and Jo Shah about boys, Shmanoj, and rediscovering their Desi culture.

Where did the ‘Shahdashian’ name come from? 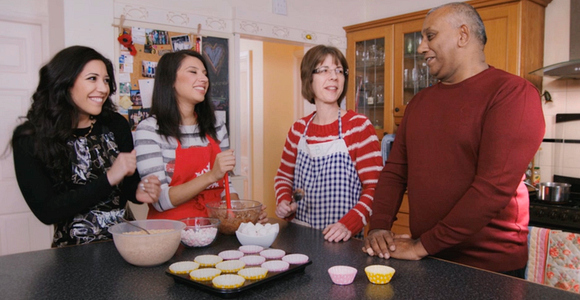 Jo: “It was at school, I think. We love watching the Kardashians. And then when somebody said it [‘Shahdashian’], I literally loved it. I thought it was so funny.

“So I put it as my facebook. Then people we’re calling us the Shahdashians. And people at work were calling Nat, ‘Shardy’. And it’s just grown from there.”

Nat: “I sign everything as ‘N Shah’. So people would ask: ‘Your surname’s Shahdashian, right?'”

Jo: “We’ve always been really, really close. But in the last three years, we’ve been ridiculously close. We’re like Sister Sister. Nat used to tell people we were twins.”

How was the Ravalia double date? And Nat, what happened with Raj? 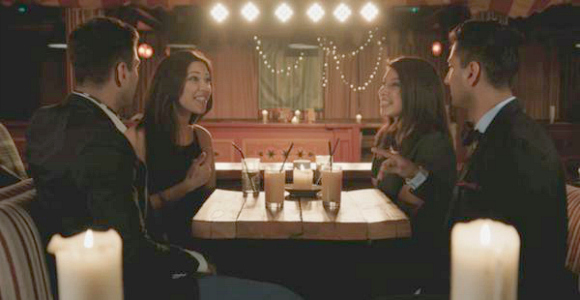 Nat: “It was quite fun going out together. We’ve never done that before, like with two boys, going out on a date.

“I just wanted to test the waters and see what it was about. You kind of forget how to date people.

“I did go out on one more date with Raj. And then I realised that it’s too soon for me.”

Jo: “I was just getting the giggles the whole time. We had so much fun…Fist-pumping under the table? What was that?!

“They didn’t show this, but Rish came over with the drinks. And he full-on sacked it! He fell into the table!

Nat: “I think that broke the ice, definitely! There needs to be a show-reel at the end of all the bloopers!” 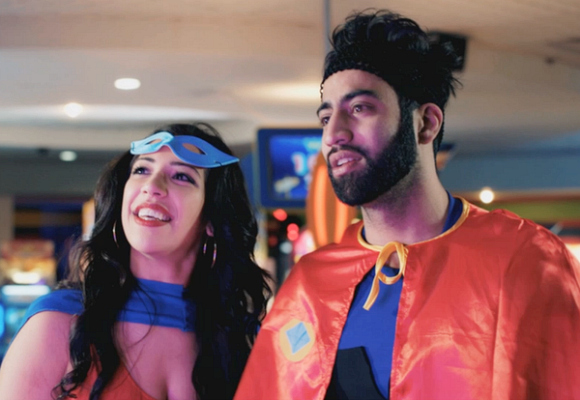 Jo: “With me, I either instantly feel something for somebody, or I don’t.

“And the first time I met him at Shreena’s wedding, there was just something there. We were just having such a laugh.

“The more I met up with him, the more I realised he does have a really really big heart. He really respects family which is the same as me.

“Look at what we did for dates! I’m not the kind of person who wants to go for a sit-down meal. I want to do something memorable.”

Why do you think Manoj and Shmoyel [Shmanoj] have this famous bromance? 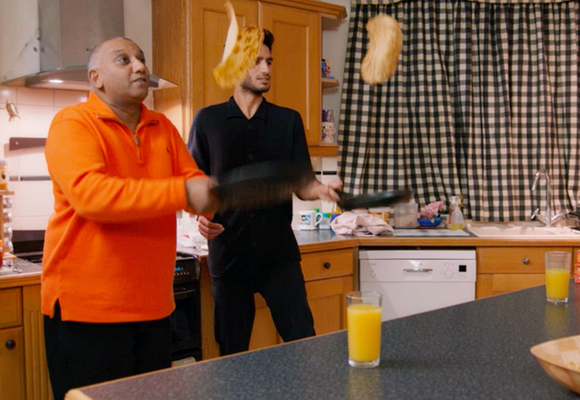 Nat: “Yeah, they are Shmanoj.”

Jo: “They were eyeing each other at Shreena’s wedding. They went out for walks together.”

Nat: “They went missing for about an hour. And we were like, ‘What’s going on?’ And they came back [both] saying, ‘This guy is great!'”

Nat: “It was just love at first sight.”

What was your experience of growing up as mixed-race children? 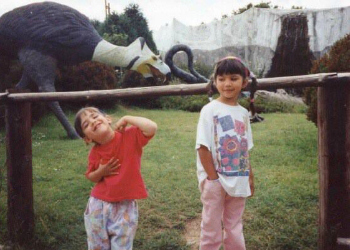 Jo: “I remember at my secondary school, it was quite racially-separated…I was always in the middle, like ‘Where do I go?'”

Nat: “Mum always remembers me coming home from school saying: ‘The Asian and black children sit on one side. The white children sit on the other side. And we don’t really know where to sit.’

“I was talking about it with Shmoyel, and he said something similar.”

Jo: “I know I got a few of the naughty words at me because of the colour of my skin.”

Nat: “You’d get people come up to you putting their tongue over their top lip.

“But then you get to 16, and you realise people pay for injections to have lips like that.

“I think the most exposure I had was at uni. There was definitely more questions, than I’ve ever had about where you’re from.

“And where I work, when people find out your surname, they ask, ‘Is it Shah? Or is it Shaw?'” 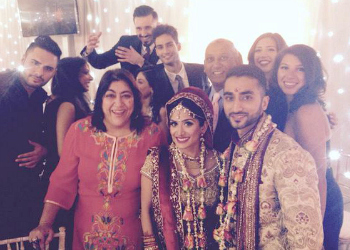 Jo: “We didn’t really know much about our Indian culture. Only recently in the last two years, after I joined the Bollywood group and started listening to the music, and realising how epic and amazing it is, I’m so interested in it.

“Even Mum would be singing along to the songs. But we all have our own versions to them because we don’t know the Hindi. Today mum was singing, ‘Tum hi ho’.

“When we’d have family functions on my dad’s side, our cousins would be like, ‘Would you do a dance for us?’

“I remember my first one, they were literally in tears. ‘Oh my God, you know all our songs!’

Nat: “At Praks and Shreena’s wedding, I absolutely loved it when they were joined together. And then they went and saw all of their guests.

“It really showed a union, and it was an amazing way to symbolise it. I felt awakened to a whole part of me that has been undiscovered.”

Are MoJo still starry-eyed for each other? And how will Nat and Shmoyel’s close ‘friendship’ develop?

Images courtesy of the twitter accounts of Jo and Nat Shah