The London Indian Film Festival welcomed a delightful documentary with Meet the Patels about the struggles of finding the perfect wife. DESIblitz reviews.

"We decided to go with animation, and it works as a great storytelling technique."

Meet the Patels is a laugh-out-loud documentary that made its UK festival debut as part of the London Indian Film Festival.

Protagonist, Ravi Patel endures not only the perils of meeting his dream girl, but also having his parents help him find the perfect wife.

As Ravi nears to 30 and is still unmarried, he finally agrees to traditional matchmaking by his Gujarati parents.

This initiates a global quest to find the ‘Mrs Patel’ of Ravi’s dreams. All seems hopeful, until his secret American ex-girlfriend, Audrey, reappears.

Watch the trailer for Meet the Patels here: 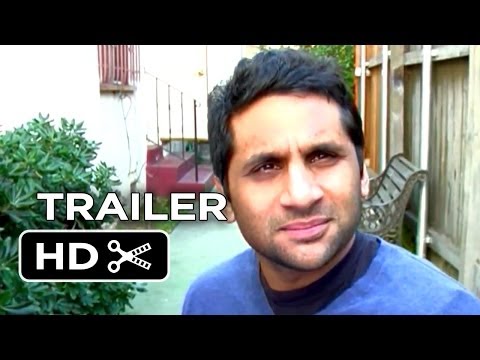 Meet the Patels is made from a combination of home production documentary and animation.

The home documentary elements were filmed by Ravi’s sister on a family holiday. The added animation works well, and enables the audience to visualise key moments which were not filmed.

Ravi Patel, the main character in Meet the Patels reveals his thoughts:

“We did not want to have a camera in our parents’ faces when they were going through some really tough stuff.

“Then we thought, how can we not shoot these key moments and yet still convey what happened without sacrificing the quality of the film?

“We decided to go with animation, and it works as a great storytelling technique.” 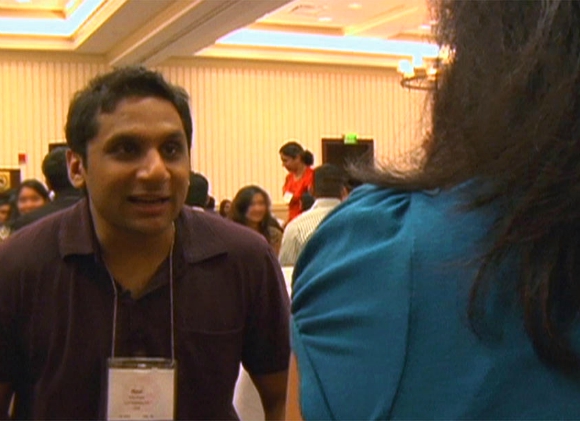 The film is completely relatable and leads the audience through a very real experience. It is hilariously entertaining, guaranteed to keep you laughing throughout.

The honesty that audiences experience during the film, as well as the casual camera set-up, makes us feel like we are part of the Patel family.

From car journeys to conversations at the dinner table, one feels that they have experienced the whole journey with them!

So how did a home production turn into an international festival film?

The director of Meet the Patels, Geeta Patel, says: “I was learning how to use the camera and my brother was going through torture, which was funny at the same time. As his sister, I just could not help but record it.

“The recordings all started with our trip to India. A major broadcasting channel in America laughed so much when we showed it to them, and decided to broadcast it. That is where it all started.”

The film took six years to make, and the road towards making it was by no means smooth:

“There were many times when me and my brother fell out over the film and did not want to carry on, but as siblings, we were in it for life. They say that if you cant get over it, you love harder.” 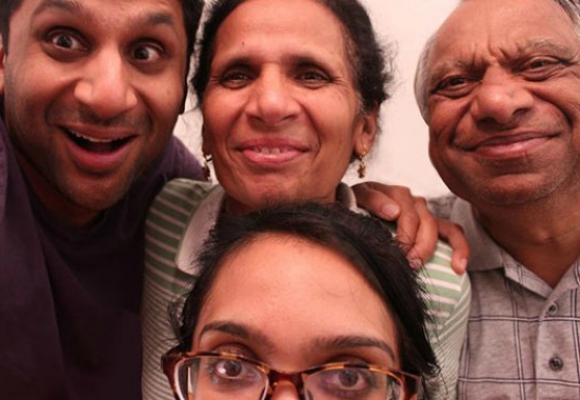 It is also a film that raises awareness of the background it comes to – the different types of Patels, how they migrated and how the community thrives even today:

“I found it a cool thing to realise how weird we are, and we are now able to laugh about it with our parents.

“We wanted to make a film that our community could be proud of and understand.

“Nonetheless, we did get rejected from festivals for a year. When we got our chance to screen, it was a 700 all non-Asian crowd and we were really nervous.

“However, when the film started rolling, everyone was dying with laughter and every screening was selling out.”

The biggest surprise is that Geeta’s parents are the ones who are most enjoying the newfound fame.

Geeta says: “My parents love being celebrities and everyone talking to them. Dad’s going through a Bieber phase – learning Facebook, Twitter and soaking up the love. They are even getting offers for TV shows!”

It was fantastic to see support from her parents with the documentary. However, Geeta revealed that, initially, this was not the case: 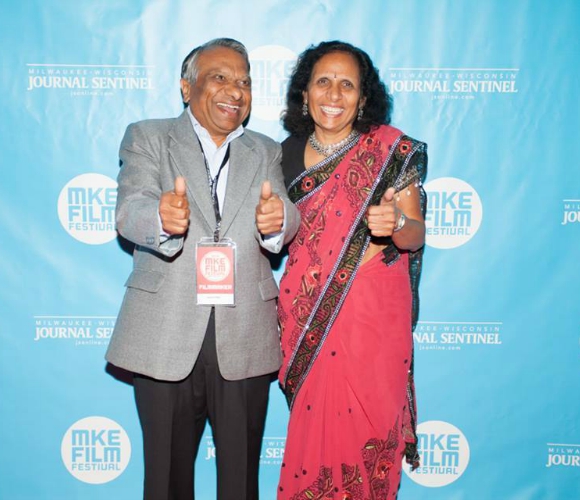 “When Ravi and I went into the film career, my parents did not support it much or understand it.

“All their friends had children that were professionals, so they were focused on marriage and grandchildren.

“They did not think that we were achieving something from filming. Now my mum says, I should have changed my clothes!” Geeta laughs.

The dialogue from the parents is one of the best things about the film! They have an innate knack for comedy that is not intentionally meant to be comical, but ends up being hilarious.

Many second generation Desi’s can relate to the Patel parents as being their own, and it’s refreshing that this film doesn’t see Asian parents coercing their children into marriage.

However, it does highlight common family traits: “Many of us do want to ideally marry someone of the same culture. They look at their own family and wish that was my family.”

The editing was very smooth, which one would expect to be a huge task for a home-made documentary:

“It was a wild process. We used a non-traditional type of editing because we wanted to portray what we saw in our heads, which we mostly did ourselves,” Geeta explains.

“We are getting a theatrical release this September – hoping to get a UK release too!”

The Patel sibling duo are also working on another film, which will be scripted.

Meet the Patels is a thoroughly enjoyable film and a great addition to the London Indian Film Festival.

A highly relatable subject, Meet the Patels is taken by a simple camera, a simple family but all put together as a beautifully entertaining film.

Dating, Sisterhood and Desi Rascals by Jo & Nat
Salman Khan and SRK in New Film Together?