Salman Khan and SRK in New Film Together?

Salman Khan and Shahrukh Khan are believed to be shooting a new film together, after Ranveer Singh gets dropped. Can this super Bollywood combo be real?

“Both the actors seem enthused about their on-screen reunion.”

We literally have to pinch ourselves when we hear our favourite Khans are coming together for a movie!

The rumour is Salman Khan will replace Ranveer Singh in an Aditya Chopra film, which Shahrukh Khan has confirmed to film.

We love the handsome and hilarious Ranveer too, but who can say no to a Karan-Arjun reunion?

Sources reveal: “Adi felt that the Shahrukh-Salman combo would work wonders at the box office and so decided to sign Salman instead of Ranveer.” 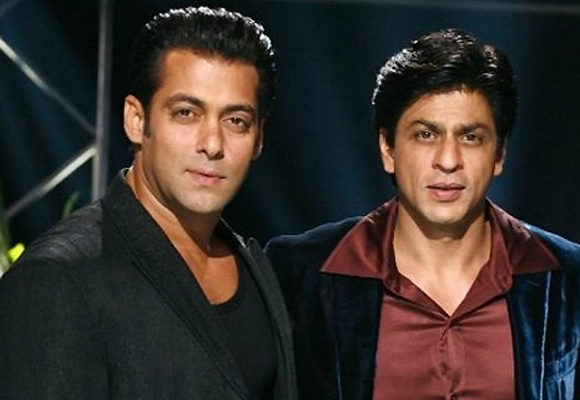 Yash Raj Films’s lips are sealed but an insider source says the Khans are excited about the romantic thriller:

“The script is ready and both the superstars have liked it. However, the female lead is yet to be finalised.

“The details will be revealed when Adi decides to make an official announcement. But as of now, both the actors seem enthused about their on-screen reunion.”

They have been showering each other with love and affection – from promoting each other’s films to requesting biryani delivery on Twitter.

Salman has even reportedly moved the release of Sultan from Eid to Diwali, so the Baadshah can bathe in the spotlight for Raees.

But one person is less hyped about the BFFs’ much-anticipated film project than some. 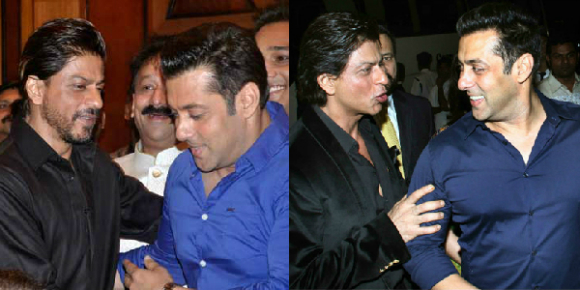 Apparently, Aamir Khan feels like the odd one out as the big Khans share a new found bond.

The source says: “He was never known to be friends with Shahrukh, so Salman’s closeness with his rival is not a good sign.”

If all goes to plan, Aditya will direct the film himself and we can expect to see the irresistible Khans on the big screen as soon as 2016!