Dangerous will reunite Karan Singh Grover and Bipasha Basu for their first project after marriage. It promises suspense, mystery and thrill.

Co-produced by Vikram Bhatt and singer Mika Singh and directed by Bhushan Patel, Dangerous will take viewers on a journey of love, affairs, betrayal, desire, deception and rivalry.

Not only that, but Dangerous will command the undivided attention of viewers as the narrative will expose hidden love, passion and secrets.

The wife of Indian millionaire, Aditya Dhanraj played by Karan Singh Grover, is abducted for ransom changing the course of his life.

The investigation, which is led by Neha portrayed by Bipasha Basu, unravels her past relationship with Aditya as his ex-lover.

Could their past relationship affect her judgement on the case?

Alongside this, there are many other rocky relationships which are thrown into the mix. With various suspects, it is difficult to comprehend who the kidnapper could be.

Vikram Bhatt, who is renowned for his brand of adrenaline-charged thrillers, has written the script of Dangerous.

Karan Singh Grover and Bipasha Basu have reunited on the screen after co-starring in Bhushan Patel’s 2015 film, Alone.

Speaking about what drew her to Dangerous, Bipasha Basu explained:

“Our fans have been wanting to see me and Karan onscreen again; Dangerous was a script that really had me riveted, the twists and turns are sure to leave you astounded and this seemed like the perfect project to collaborate with each other again.”

“Thrillers are a genre that always fascinates me, both as a viewer and as an actor.

“I’ve always enjoyed watching a good ‘whodunit’ and Dangerous promises to leave you guessing until the very end.

“I’m looking forward to seeing how the audience will react to it.”

Sharing the trailer of Dangerous on their respective Instagram accounts, Bipasha and Karan captioned it:

“A husband looking for his missing wife. Will he find her or will we uncover some #Dangerous hidden secrets? Find out of 14th August only @mxplayer.”

Watch the Trailer of Dangerous here 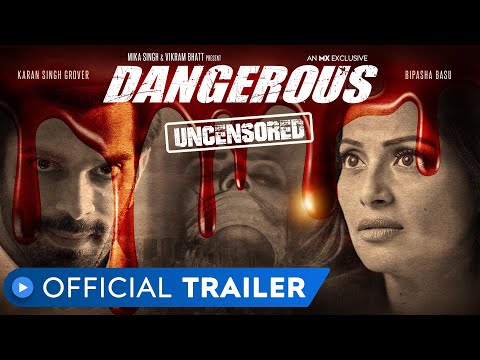 Ayesha is an English graduate with an aesthetic eye. Her fascination lies in sports, fashion and beauty. Also, she does not shy away from controversial subjects. Her motto is: “no two days are the same, that is what makes life worth living.”
Rhea Chakraborty accused Sushant’s Sister of Molesting Her
Rhea Chakraborty to face Jail if she fails ED’s Questions