Lillete Dubey, Suchitra Pillai, Joy Sengupta and Vijay Crishna are the cast in ‘Dance Like a Man’ a play from India on tour around the world. We met up with Suchitra Pillai from the cast at the Watermans theatre in London, to find out more about the play and her career.

"it’s brilliant to work with the stars"

A close-knit family of Bollywood celebrities perform ‘Dance Like A Man’ for Prime Time Theatre Company at Watermans Theatre, in West London, UK.

Travelling to many countries including India, Dubai, Sri Lanka, US, Malaysia, Singapore, Thailand, England and to the Edinburgh Theatre Festival, “This show has become universally appealing,” stated Suchitra Pillai whom DESIblitz met up with before a performance at Watermans.

‘Dance Like A Man’ is the longest running English language play from India and has achieved great success in 13 years. This play has been strongly recommended by some of the popular newspapers, “Stunning play with stunning performances!” by the Daily Mail, UK and “Delightfully stimulating…a production to rave about” by The Times of India, Delhi. 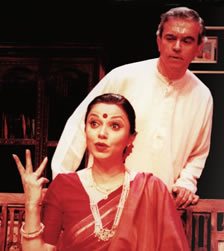 Suchitra Pillai tells us, “the combination of the serious theme and the comedy in Mahesh Dattani’s script, attracted her to act in this play.” She feels that Mahesh and Lillete have done a great job by engaging the audience with laughter as they watch a play on a serious social drama. She also adds, “there is so much comedy for people to laugh about and the crux of the play is quite an eye- opener.”

This play is about two Bharata Natyam dancers, Ratna and Jairaj; who despise their daughter Lata (played by Suchitra Pillai), who who is on the brink of establishing herself as a brilliant South Indian classical dancer. Ratna driven by ambition and fame, becomes jealous of her own daughter Lata. Suchitra comments that at this point, “the play smoothly moves from comedy to the serious genre.”

The story probes the surface of the characters to question their deeper motivations, but the mode is comic rather than tragic, even though the concerns are serious, and you are never sure whether to laugh or cry. The play has had great response as it has resonated with the personal experiences of some families across the world. 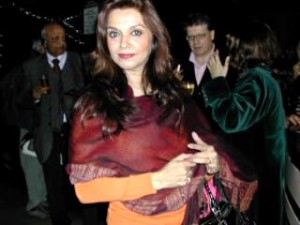 Prime Time Theatre Company celebrates their 20th Anniversary with performances of the ‘Love on the Brink’ and ‘Dance Like a Man’ plays. Lillete Dubey has been a source of encouragement for play writers. Lillete and Mahesh Dattani collaborate to give voice to unconventional writers of Indian plays and theatre. Prime Time Theatre Company is one of India’s best known companies. It has held a high reputation for targeting a variety of cultures around the globe, including Watermans Theatre in the UK.

Mumbai’s Prime Time Theatre productions have been adapted to suit the needs of many theatre goer audiences. “Love on the Brink” and “Dance Like a Man” were complemented and well received by Rajesh Prasad (Deputy High Commissioner for India), Andrew Ward (Chairman of the Watermans Board), Monika Mohta (Director of the Nehru Centre), Nelson Fernandaz (International Promoter and Producer). The Indian company is a regular visitor to Watermans since 2003 and has been producing a range of plays from comedy to serious drama. 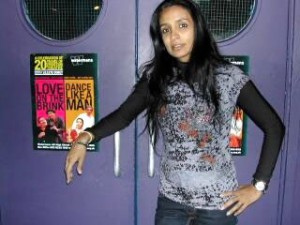 In conversation with Suchitra Pillai, we found out that she has been acting with many other Bollywood celebrities. Her first hero was Saif Ali Khan. Suchitra adds that when working with Aamir Khan, “you learn about perfection and what works as far as Bollywood is concerned.” Suchitra also acted in a film called Marigold which starred Akshay Khanna, Salman Khan and Hollywood actress Ali Larter.

Suchitra played a huge role in the film Dulha Mil Gaya working with stars like Sushmeta Sen, Shahrukh Khan and Fardeen Khan. She says, “it’s brilliant to work with the stars…it’s like working with another co-actor especially when you have a good rapport with them, it makes it easier.” 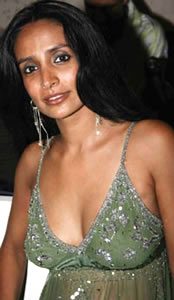 Aamir Khan is Suchitra’s all- time favourite actor as they had a lot of fun working together. “One actor Suchitra has not yet worked with and would like to work with is Naseeruddin Shah,” as she tells us. “That’s one actor that I really appreciate,” she says.

Suchitra also showed preference of working with the directors who like experimenting with their scripts and encourage new talent. Madhur Bhandarkar, Farhan Akhtar, Onir and Anurag Kashyap are some of her top four directors. After modelling, acting in theatre and television serials and acting with major celebrities, Suchitra Pillai will soon surprise us with her new music album too.

Prime Time Theatre Company are still on tour further to completing the 400th production of the play at Watermans. The company aims to deliver some of their finest productions for theatre, promoting stories reflecting Indian arts, culture and society.

Smriti is a qualified Journalist with an optimistic take on life, enjoying sports and reading in her spare time. She has a passion for arts, culture, bollywood movies and dancing - where she uses her artistic flair. Her moto is "variety is spice of life."
Women’s gang in ‘Pink Saris’
Behna (Sisters) by Kali Theatre