With an array of Asian talent around the world, DESIblitz brings you the Top 5 Asian origin sports players who are representing their nation of birth.

Their success in these sports disprove the stereotype that South Asians can only be good at cricket.

Due to the worldwide spread of South Asians, there are now Asian origin sports players representing their nation of birth.

Now, in 2017, many families are embracing their new western culture and combining it with their own traditions. And this applies in sport, too.

Younger generations are attempting to break down the stereotype that Asians can only play certain sports, such as hockey.

And they are doing just that by representing their country of birth in global sports like football, basketball, and badminton.

But who are the top Asian origin sports players, and what do they play?

DESIblitz brings you 5 of the best Asian origin sports players who are representing nations away from their motherland.

Born in London, 31-year-old Rajiv Ouseph is an Asian origin sports player of Indian descent who represents England in badminton.

He is currently England’s number 1 badminton Men’s singles player, having won 335 of his 528 career matches.

Ouseph is an eight-time winner of the English National Badminton Championships, incredibly winning seven in a row between 2008 and 2014. 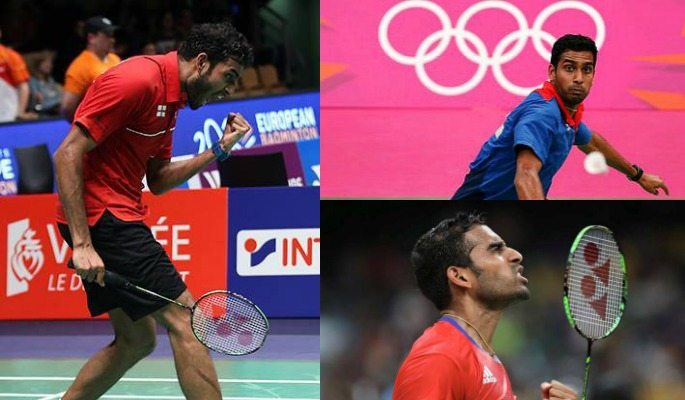 Ouseph’s ranking reflects his great current form. So far in 2017, Ouseph has won 11 of his 16 matches, including five on the way to winning the 2017 European Championships.

Unfortunately, though, he could not repeat his heroics in the 2017 BWF World Championships. Despite beating India’s Sameer Verma on his way to the Last 16 of the tournament, he then narrowly lost out to China’s Dan Lin.

Since making his International debut in Slovenia, 2003, Ouseph has won many titles. But one which still eludes him is an Olympic medal.

Despite being a part of Team GB at the 2012 and 2016 Summer Olympics, Rajiv Ouseph could not make it past the quarter finals.

With Tokyo set to host the 2020 edition, the British-Asian potentially has one more chance to win an Olympic medal. Can he do it? 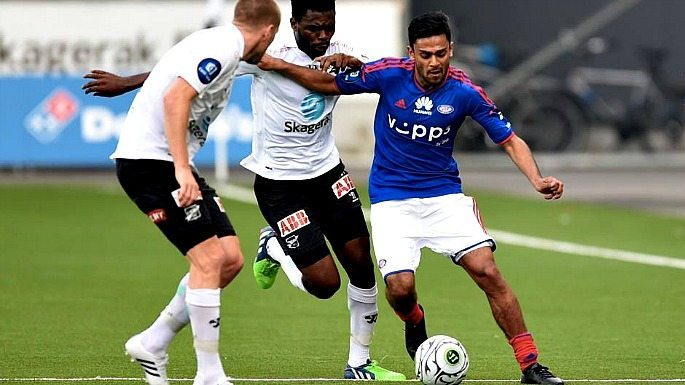 Ghayas Zahid is set to turn 23 on September 8, 2017, and could celebrate it by making his debut for his new football club.

Zahid is of Pakistani descent, making him one of our top Asian origin sports players representing other countries.

The exciting midfielder has made 23 appearances for Norway’s U19 and U21 teams. But he will now be hoping for a senior team call-up after completing his recent move to APOEL in Cyprus.

Zahid could soon be playing Champions League football with his new side against Real Madrid, and other European giants.

This would make him the first footballer of Pakistani origin to play in the prestigious UEFA competition.

In December 2016, DESIblitz named Ghayas Zahid as one of the Top 5 South Asians Playing Football in Europe.

Zahid features alongside Harmeet Singh, who is a full Norway international with 7 senior appearances. Singh also has over 80 youth appearances for Norway between 2005 and 2011. 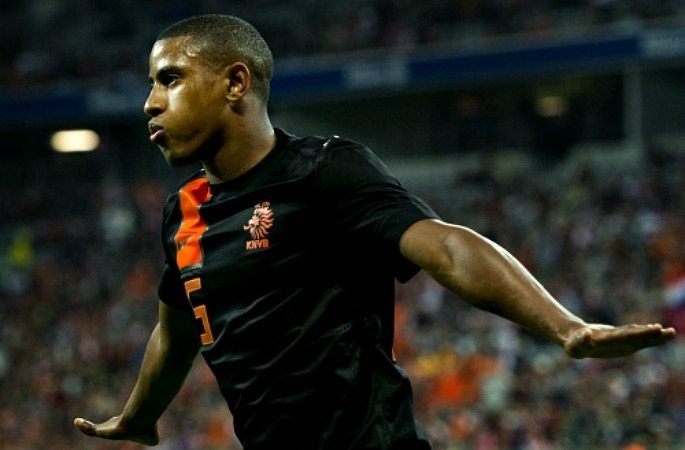 Narsingh, 26, was born in Amsterdam, Netherlands, but is of Indian-Surinamese origin. His grandparents were Indian contract workers who went to work on plantations in Suriname.

Despite enjoying a hugely successful time at PSV, Narsingh moved to Swansea City in the English Premier League.

So far, he’s made 14 appearances for the Swans but is yet to score. If he can reproduce his PSV form, Narsingh will undoubtedly be one of the top Asian origin sports players in the world.

Alongside Ghayas Zahid and Harmeet Singh, DESIblitz named Narsingh as one of the top South Asian origin footballers in Europe. 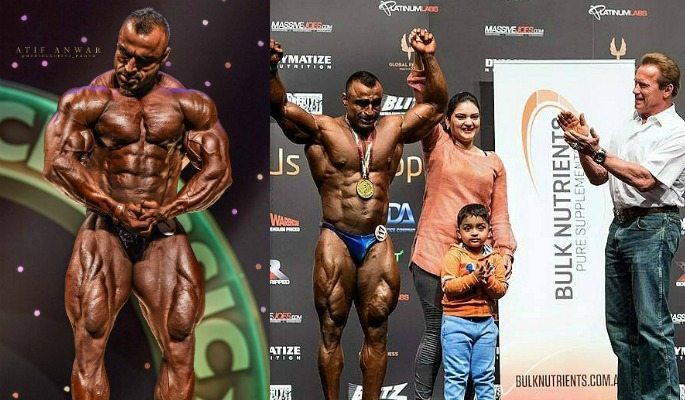 Atif Anwar is one of the Top Pakistani bodybuilders, having won numerous titles to date.

Despite being born in Karachi, Pakistan, Anwar now lives in Melbourne, Australia, where he is now a national citizen. He now represents Australia in international bodybuilding events.

Anwar is the first bodybuilder of Pakistani descent to receive an IFBB Pro Card in the sport.

In March 2015, he sensationally won the ‘Over 100kg’ title at the Australia Arnold Classic. An emotional Anwar was presented his award by his Hollywood hero, and seven-time Mr Olympia, Arnold Schwarzenegger. 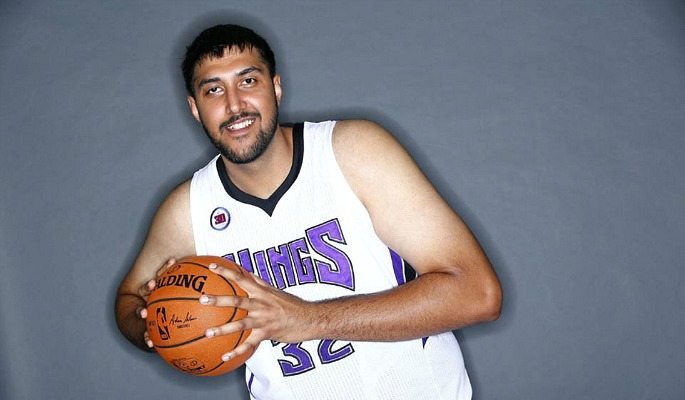 After being born in Toronto and growing to 7 foot 5 inches, Gursimran ‘Sim’ Bhullar plays international basketball for Canada.

Bhullar is of Indian descent as his parents migrated to Canada from Punjab in India.

In August 2014, Bhullar joined the Sacramento Kings, making him the first player of Indian descent to sign for an NBA team. But it wasn’t until April 2015 that Sim became the first Indian origin basketballer to play in an NBA game.

Stars from all over the world were in attendance to see Bhullar, including Bollywood’s Abhishek Bachchan (pictured below). 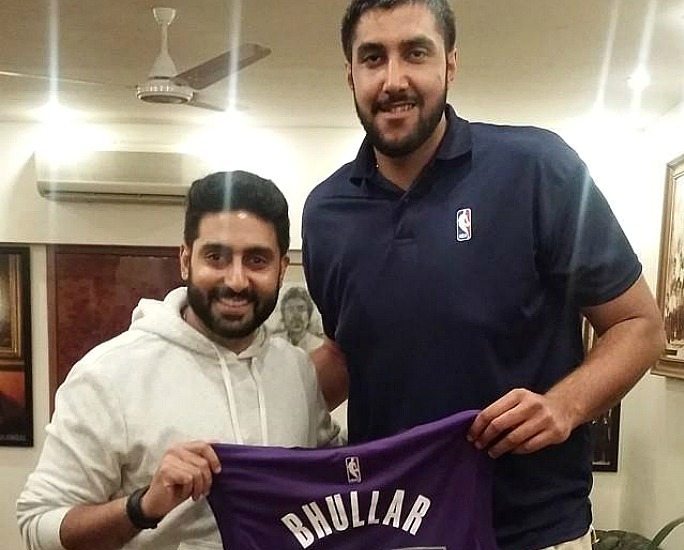 At 7’5”, Bhullar became the sixth tallest player in NBA history. This, however, wasn’t enough to secure a contract extension with the Kings.

Having won the league, Bhullar and the Dacin Tigers will now play in the 2017 FIBA Asia Champions Cup. They have been drawn in Group B alongside teams from UAE, India, Lebanon, and China.

Internationally, the Center has a silver medal from the 2015 Pan American Games and a bronze from the 2010 FIBA Americas U18 Championship.

Asian origin sports players are spreading themselves all over the world and moving to new sports all the time.

This can only be beneficial for South Asian sport as it helps raise the profile of the region.

Their success in sports such as basketball, badminton, and football, disproves the stereotype of South Asians only being good at cricket.

DESIblitz wishes each of the Asian origin athletes the best of luck in their careers.

Currently, only Ghayas Zahid,  Rajiv Ouseph and Atif Anwar are actively using social media. Click the links if you wish to keep up to date with them.