How to Curb Late Night Cravings

Living in a 24/7 fast food culture means we have to work extra hard to stay off late night cravings. DESIblitz has some useful do’s and don’ts to help keep you in check.

Food is literally everywhere. We live in a 24 hour convenience culture.

In today’s fast-paced ‘I want it now’ culture, it’s no surprise that we all seem to lack a bit of self control where food is concerned. With our fingers only millimetres from our phones, computers and tablets, why would we treat food any differently?

With people staying up later and becoming less active due to technology, the question needs to be asked – is this playing havoc with our bodies?

DESIblitz is here to guide you through what you should eat when the munchies hit. It’s called a craving for a reason, right?

We haven’t always been a nation of snackers. Our current snack obsession was introduced after the Second World War as a way to increase capitalism and fund industry. A lack of resources and money in the war meant that Britain was once a resourceful three-square-meals-a-day nation. 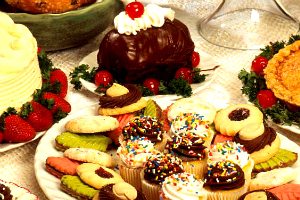 However, the scrimping and saving of the war days couldn’t be further from today’s plentiful and glutinous reputation. So is snacking a cultural trait or a physical disposition?

Generally cravings occur when there is a change in blood sugar levels. However, there are a number of reasons why we turn to food late at night.

We crave food when we are dehydrated, stressed, through lack of protein or if we suffer from low sugar or salt levels. But the biggest culprit? Boredom. Absent-minded eating is something we are all guilty of.

There has been persistent scare-mongering about eating late at night. Aside from the guilt it brings on, many believe that it is inextricably linked to weight-gain. However, this may not actually be the case.

The Centres for Disease Control and Prevention suggest that calories eaten at night are treated no differently by your body than those consumed in the day. 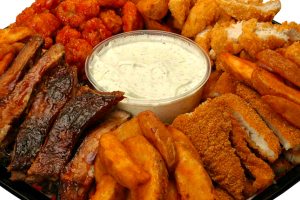 Therefore, it’s not when we eat something that’s the issue, it’s what we’re eating.

A study from the University of Arkansas explained that people tend to make quick and often poor choices at night. Additionally, authors Baumeister and Tierney claim that we’re more likely to give in to temptation when our glucose levels are at their lowest.

However, our late-night food decisions may actually be hard-wired into our brains. A recent study by Dr Shea suggests that our internal body clocks hunger for sweet, salty and starchy foods in the evening:

“Artificial light enables people to stay up later… if you stay up later, during a time when you’re hungrier for high-calorie foods, you’re more likely to eat during that time.”

Although this innate urge to binge in the evening helped our ancestors to store energy for times of scarcity; currently, we don’t have this problem. Food is literally everywhere. We live in a 24 hour convenience culture.

It appears that our bad habits may be keeping us up later and impinging on our sleep patterns. So, here’s what to stay away from when those midnight munchies hit.

Sugary Foods: Although this is exactly what we all crave, consuming foods that are high in sugar will spike blood sugar levels. Dr Shea says: “[Our] sugar tolerance is impaired in the evening.”

Eating sugary foods will cause dramatic changes in energy levels that eventually end in an energy slump. The result? An interrupted night’s sleep. Stay away from cakes, biscuits and chocolate late at night.

Refined Carbohydrates: Much like sugar, refined carbohydrates such as white bread, pasta and crisps cause a spike in blood sugar levels. These foods are extensively processed and the good fibre is stripped from them. This means that they don’t fill us up and often leave us longing for more.

Fat-filled foods: Greasy or fatty foods are hard for the body to digest. This may make it difficult for you to fall asleep, leaving you tossing and turning for hours. After dark, steer clear of fast food and ice cream.

Caffeine: It may seem blatantly obvious, but that late night caffeine-hit could be disrupting your sleep patterns. Caffeine is a stimulant, so if you want to fall into a restful sleep you should opt for decaf or drink it earlier in the evening.

As Nature Intended: A sure fire way of knowing whether a particular food is going to be good for you is to ask yourself, ‘is this how nature intended it?’ Natural sweetness found in fruit might be the best way to satisfy our cravings.

Eating an apple will quell that sugar hankering. Bananas have also been proven to help sleep as they contain melatonin; a chemical that regulates the human sleep-wake cycle and cause drowsiness.

Cottage Cheese: Low fat cottage cheese is an excellent choice of food for late night cravings. About one cup of cottage cheese before going to bed is an ideal snack. Cottage cheese is a perfect source of protein since it contains slow-digesting casein proteins that will distribute the amino acids to the muscle tissues during the night.

Yoghurt: Yoghurt has been proven to contain a natural sedative called tryptophan. Tryptophan helps the body make serotonin, a chemical that makes you feel happy and relaxed. Perfect for bedtime.

Peanuts or Peanut Butter: Peanuts contain a rich source of niacin, which is another nutrient that helps to increase the release of serotonin in the system. Peanuts or peanut butter are great night time snack if eaten in moderation. Try having a piece of whole grain toast smeared with peanut butter an ideal night time meal.

Warm Milk: Milk contains tryptophan amino acid and good to have at night. The warm liquid provides a soothing effect and will have a very relaxing effect. Add a teaspoon of honey to sweeten it this can further cause a serotonin release.

Water: Dehydration can make you hungry and stop you from sleeping. Before heading for the snack drawer, try drinking a glass of water to gauge whether you are actually hungry before you ingest unnecessary calories.

It seems that snacking is indeed a cultural disposition. If you ask anyone whether they ‘needed’ that biscuit, the answer will be ‘no, but I wanted it.’

Dr Shea explains: “We have a natural tendency to skip breakfast in favour of larger meals in the evening. This pattern of food intake across the day is exactly what Sumo wrestlers do to gain weight.”

So, if you don’t want to be a sumo wrestler, follow these few simple steps. It may mean that a bad night’s sleep and unwanted weight gain are a thing of the past. However, if you do feel an attack of the munchies coming on the one key thing to remember is portion control.

Jacqueline is an English graduate who loves fashion and culture. She believes that the best way to learn about the world is to read and write about it. Her motto is “Logic will get you from A-Z. Imagination will get you everywhere.”
Bollywood Beauty Look ~ Kareena Kapoor
Popular Remedies for Stretch Marks