It has been discovered that Rawalpindi police officer Azhar Hussain was killed by his Pakistani wife and nephew. She had been cheating on him.

"we soon realised that there was more to it than meets the eye."

A Pakistani wife from Rawalpindi was arrested on Monday, July 15, 2019, for the murder of her police constable husband.

Sameera Bibi enlisted the help of her husband’s nephew, identified as Zahid. Together, they killed Azhar Hussain and it was revealed that Bibi was having an affair with Zahid.

The authorities revealed the news following Azhar’s murder on July 7, 2019.

Superintendent Rae Mazhar addressed the situation at a news conference in Rawalpindi. He said:

“On July 7, police constable Azhar Hussain was murdered at his home.”

Officer Hussain had died of gunshot wounds. When officers arrived, they registered a case of murder and they took Bibi to the police station for questioning.

Bibi made up a story in an attempt to mislead the investigation. She told officers that her husband was killed in a burglary gone wrong.

She claimed that her husband was murdered when thieves entered their home and opened fire at him.

However, officers became suspicious when they found that Bibi’s statement and the evidence found did not match.

SP Mazhar explained: “The evidence we found at the crime scene and Sameera’s statement was conflicting and we soon realised that there was more to it than meets the eye.”

Officers then arrested the Pakistani wife on suspicion of murder where she later confessed to the killing.

She explained that she was having an affair with Zahid, Azhar’s maternal nephew. At the same time, the two lovers were planning to kill her husband.

After they killed the police officer, they planned to make it appear as if the murder was carried out by robbers.

Bibi has three children with Azhar. She said she wanted to murder her husband so she could get married to Zahid.

Zahid was also arrested and at the police station, he also confessed to committing the crime. 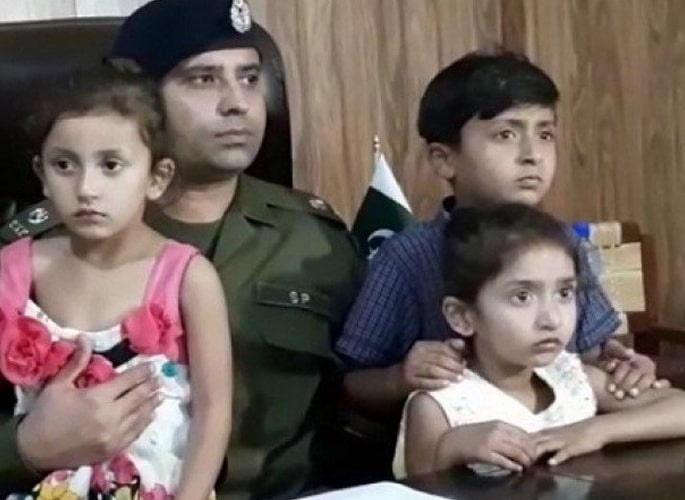 The two lovers explained that they proceeded to murder Azhar when he returned home from his duty.

Bibi mixed sleeping pills in his food which made him feel drowsy and he eventually fell unconscious. Zahid then proceeded to shoot him dead.

A case was registered against the two suspects and they were booked under the section of murder of the Pakistan Penal Code.

The victim’s three children were taken into police care while the suspects were remanded in custody.

Police officers are investigating the case further to find any other possible angles.

Dhiren is a journalism graduate with a passion for gaming, watching films and sports. He also enjoys cooking from time to time. His motto is to “Live life one day at a time.”
Indian Man smashes Girlfriend’s Head over her ‘Character’
Vijay Mallya Expenses cut by £4,000 by UK Court