A Pakistani man from Islamabad murdered his elder brother in the hope that he could marry his sister-in-law. The incident happened in June 2019.

A Pakistani man identified as Aleem, of Islamabad, was arrested for murdering his elder brother. He shot his brother dead so he could marry his sister-in-law.

The suspect was allegedly having an affair with his brother’s wife while his brother was living in Saudi Arabia.

Aleem fell in love with the woman and wanted to marry her but she had told him to be cautious as her husband could eventually find out.

Out of fear of the relationship being revealed, Aleem opened fire at his brother, killing him.

After being arrested, the suspect confessed to the murder and explained what happened.

It was reported that the suspect used to do welding work.

He said that his brother had been living in Saudi Arabia while he had an illicit affair with his sister-in-law. He told police that he wanted to marry her.

Aleem said he murdered his brother out of fear that he might find out about their relationship. 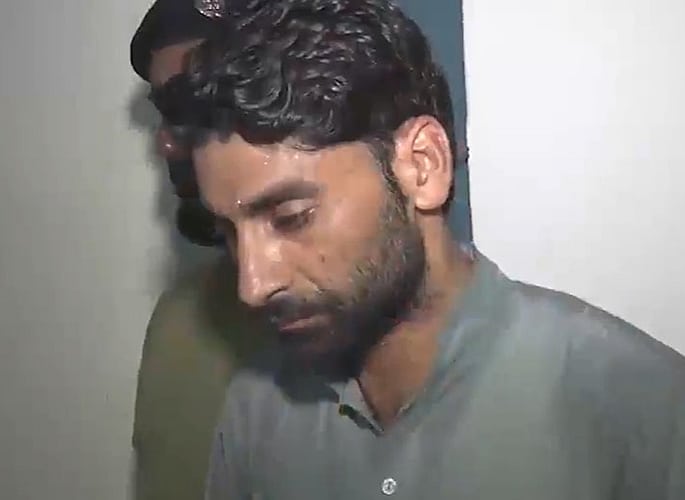 After the victim landed in Pakistan, Aleem intended to kill him, however, he said he did not preplan the murder and stated that it was a sudden thought.

Aleem met with his brother and they went out of the city. The Pakistani man took out a pistol and shot his brother in the head, killing him instantly.

The suspect then took the victim’s mobile phone and left the body. He also hid the gun.

When the locals found out about the murder, Aleem told them that his brother was killed while trying to resist a robbery.

Police investigated the murder and called Aleem into the station for questioning. He then confessed to killing his brother.

He explained that the reason was due to the fact that he was scared that his brother would find out about his affair.

Aleem said that his sister-in-law had warned him about the relationship.

The woman was questioned and she told officers that she had no idea that he would murder her husband in an attempt to pursue a marriage with her.

Aleem was taken into custody and a case was registered against him. He was booked under the section of murder of the Pakistani Penal Code.

He has been remanded in custody while the investigation continues. According to the police, the suspect buried the pistol in the ground and a search is underway to find the weapon.

Dhiren is a journalism graduate with a passion for gaming, watching films and sports. He also enjoys cooking from time to time. His motto is to “Live life one day at a time.”
5 Ways to Find Desi Love and Marriage Online
Indian Mother and Daughter’s Head Shaved for Resisting Rape