The controversial political thriller Maalik which has been banned in Pakistan will now be releasing in UK cinemas from August 26, 2016. DESIblitz has more.

The government banned political thriller, Maalik, will release in the UK and other parts of the world, outside of Pakistan.

Directed by Ashir Azeem, the controversial Pakistani film was removed from cinema screens only a few weeks after its initial premiere on April 8, 2016. This is in spite of it being cleared by all three censor boards.

Described as anti-government and in opposition to Pakistani sentiments, the film has caused great uproar among the higher powers of Pakistan.

The Pakistani government later attempted to ban the export of the film on August 9, 2016, barring it from being shown overseas.

However, despite these attempts, the film will now release in the UK and internationally on August 26, 2016.

Maalik is a political thriller telling the story of a former SSG officer. After experiencing personal tragedy, the special forces commando is hired to protect a corrupt feudal lord turned chief minister. 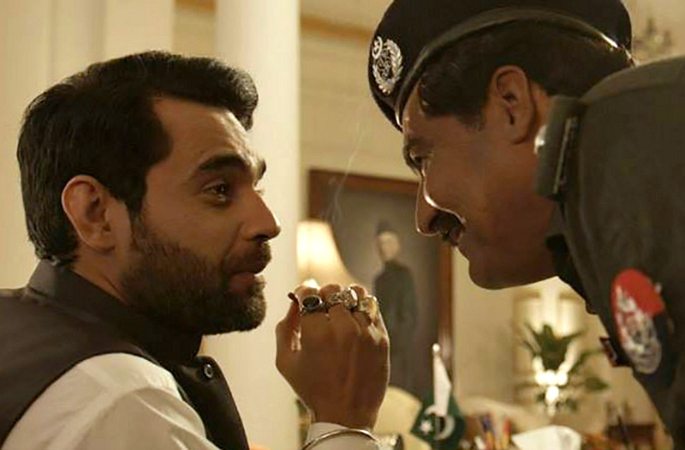 The film was flagged by the Sindh government after they accused one of the characters portraying a corrupt former Chief Minister as being too similar to the present Chief Minister of Sindh province.

“The information ministry reserves the right to ban any film at any time. Maalik has been banned because it shows a former chief minister as a man of corruption and opulence.”

Daughter of the current chief minister Nafisa Shah said on Twitter: “Maalik‘ is an ill conceived film will only divide Pakistan & harm national unity. The filmmakers, financiers & even censors cannot be patriots.”

Additionally, the film was thought to parallel incidents of real life, including the murder of Punjab governor, Salman Taseer by his own guard in 2011. It also brings to life the suspected corruption of Pakistani politicians and the judiciary, threatening government interests.

Following numerous appeals from Sindh, the film was eventually banned by the Federal Government across the rest of Pakistan.

After being banned, the film ignited the debate of freedom of expression versus state control, something which Pakistan is all too familiar with:

“The real issue is how the voice of a common man is being suppressed by the ban on the film.

“Just because the movie is hurting the egos of some of our baday sahabs, it doesn’t give them the right to block the exhibition of the film. That is not right,” argues Ashir Azeem.

Director Azeem told Al Jazeera that the failed attempt to ban the export of the film was to protect the government’s image overseas:

“Authorities in Pakistan are very concerned with how they are perceived, especially abroad.

“Whereas this might be considered an overreaction in some countries, it has become the go-to method for the authorities to ban content they deem offensive or controversial.

Watch the trailer for Maalik here:

The role of the state in the creative and entertainment industry has long been debated in all parts of South Asia.

Maalik is by no means the first or the last to threaten the contentment of Pakistan’s authorities.

Earlier in 2016, Indian film, Udta Punjab faced severe censorship after objections made by the Punjab government.

The ambitious film, Maalik, boasts itself as being one of the biggest films to have ever been made in Pakistan.

A film which centres on love, loyalty and honour, and one that reflects the struggles of ordinary Pakistanis, Maalik will now release in the UK from August 26, 2016.

Aisha an English literature graduate, is a keen editorial writer. She adores reading, theatre, and anything arts related. She is a creative soul and is always reinventing herself. Her motto is: “Life is too short, so eat dessert first!”
Happy Bhag Jayegi ~ The Runaway Dulhan that will Steal Hearts
Bhansali casts Shahrukh Khan and Kangana in new film?