Police have convicted popular Indian guru Baba Ram Rahim Singh of rape. However, violence has broken out as his followers react to the conviction.

The followers quickly turned violent with more approaching the streets of Panchkula.

He had reportedly raped the women in 2002. The incidents allegedly took place at the headquarters of his group, Dera Sacha Sauda.

Baba Ram Rahim Singh has denied the charges against him. The verdict took place on 25th August 2017, during a trial in Panchkula, located in Haryana. The spiritual figure arrived with a 100-strong convey to the court.

He will receive his sentence on 28th August but has been flown over to a Haryana-based jail by helicopter until that date.

Back in 2002, the then-Prime Minister Atal Bihari Vajpayee received an anonymous letter, accusing the guru of repeated rape upon his female followers. The letter led to an investigation launched by Central Bureau of Investigations to look into the claims.

However, it only developed in 2007 when two women came forward. They filed complaints of rape against Baba Ram Rahim Singh.

Prior to the day’s event, police had concerns about a reaction and attempted to cut off internet and television in the area. They also deployed roughly 15,000 police and soldiers in fear of potential violent reactions.

However, thousands of the Dera Sacha Sauda sect descended onto the streets, protesting his innocence. Baba Ram Rahim Singh also had to deliver a televised appeal, pleading his supporters to act peacefully, regardless of the verdict.

These pleas were ignored once the verdict became revealed. The followers quickly turned violent with more approaching the streets of Panchkula. From then, their protests turned into chaos, supporting the leader. 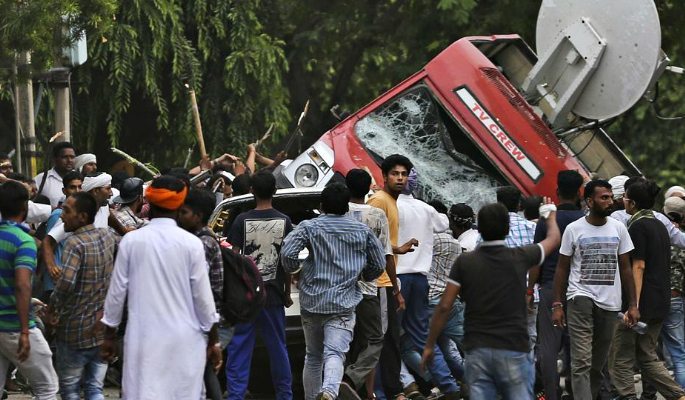 Reports began to quickly emerge, detailing the increasing conflict within the city. The protestors allegedly smashed vehicles, clashed with police and journalists, as well as setting fire to train stations.

Police attempted to stop the violence, with water cannons and tear gas. Curfews have also become imposed within the city, as well as other areas in the states of Punjab and Haryana. In addition, the Government deployed army into various areas of Panchkula.

While the chaos has dispersed from the city, reports claimed violence also occurred in the city of Delhi. And with a growing death toll, it seems likely that the case will continue to have more developments.

On Twitter, many have shared their own thoughts on the incident, shocked at the chaos and dedicated support towards the guru. 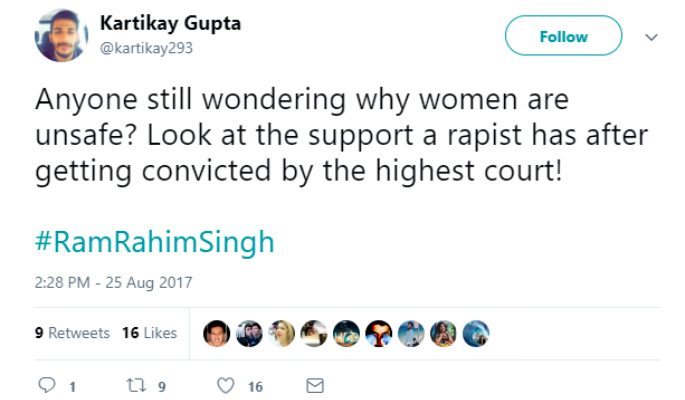 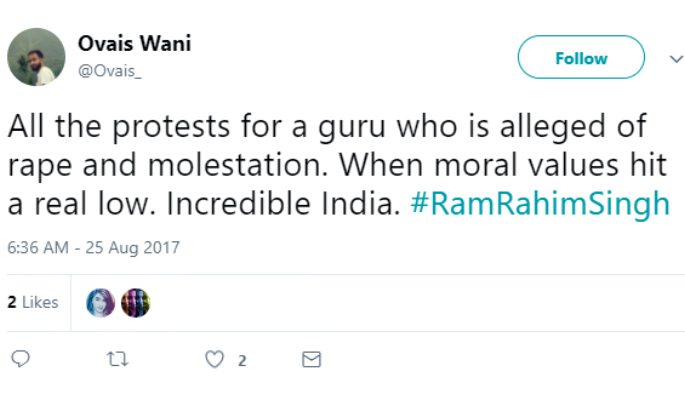 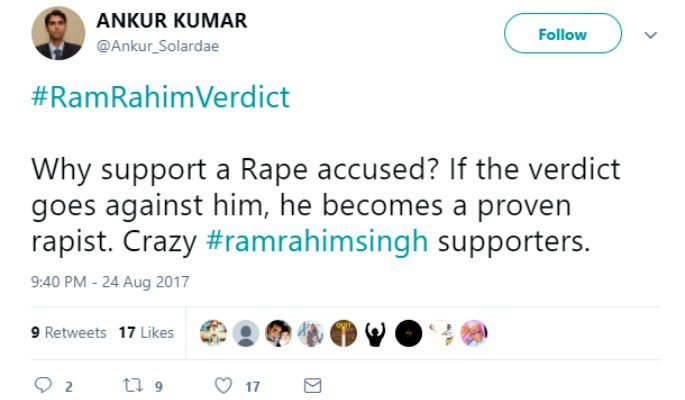 Over the years, the Indian guru has gathered a massive following. With claims of having over 60 million supporters worldwide, this verdict will send shockwaves through his group. He took over the Dera Sacha Sauda aged only 23 and has become known for his flamboyant appearance.

However, he has witnessed controversy with charges of rape and murder, of which he denies.

Now, with the sentencing expected on 28th August, many will question on how the police will control the event.

DESIblitz reflects on 70 Years of India’s Partition in Birmingham
When do you Fall in Love in an Arranged Marriage?