The following cases are the top 5 most massive drug busts happened in India in the past years, and their tragic consequences.

The number of drug busts in India is increasing, just as the number of opioid consumption.

The statistics shown by the national survey demonstrate that the global average of consumers aged 15-64 is 0.7%. Asia’s estimated part percentage is shown to be 0.46%.

Therefore, it is tragic that the percentage of the population in India who is opioid-dependent, is 2.6%. On average, users can be usually as young as 10 and as old as 75 years.

On #WorldDrugDay 2019, the United Nations released a World Drug Report that revealed an increase of 30% in narcotic consumption in India.

As a matter of fact, during the same year, NCB data disclosed the name and amount of narcotics seized, but also the number of people arrested. These are shown at the end of the article.

The following are the most massive drug busts happened in India. 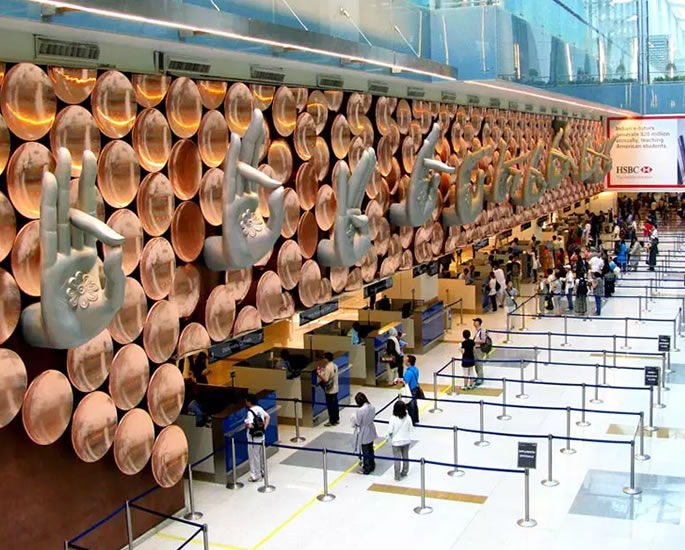 Two Ugandan women and a Nigerian man were busted at the Delhi airport for possession of heroin and cocaine. They were part of an international drug-smuggling ring.

Ugandan cousins Jascent Nakalungi and Sharifah Namaganda were intercepted after landing in Delhi. The Nigerian national Kingsley was arrested following the women’s leads.

The Deputy Director of the NCB, KPS Malhotra, said that very often, drugs are transported to India through the use of human couriers.

They tend to hide the narcotics in body cavities, or by concealing them in baggage, among other methods.

As a matter of fact, even in this case, the narcotics were concealed between the false cavity of the bag. In this way, the transporters avoided suspicion from the customs officials.

After searching the bags of the drug-smugglers, the department recovered 51 pouches. They contained 9.8kg of white powdery substances, believed to be heroin narcotics.

“It is one of the biggest detection of heroin or narcotics at any international airport in the country.”

That is because the total value of the hidden drugs valued 68 crores.

Therefore, with the total worth of nearly 10 kilos of heroin being worth $9.28 million, this drug bust became one of the largest airport drug busts in India’s history. 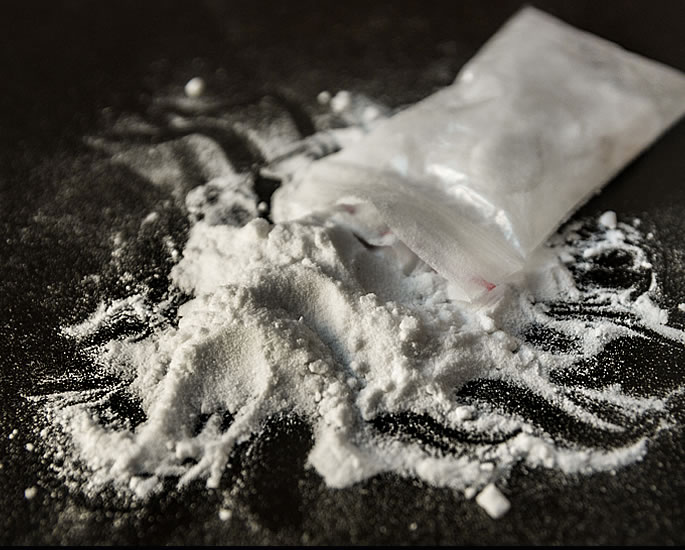 After a massive drug bust in Mumbai, the NCB has launched a manhunt.

Aide and partner Arif Bhujwala was the man behind the drug laboratory busted in late January 2021. However, he fled as the drug bust raid happened.

Sources from India Today TV reported that the drug factory was run by Dawood’s aide, Chinku Pathan. He is one of the biggest drug lords of Mumbai.

“His arrest could help cut off the drug supply to Mumbai’s streets”.

Incredibly, the cartel handled 70% of the mephedrone supply in Mumbai.

This happened through the drug trafficking networks trading across the state of Maharashtra and international links of the Indian cartel with the outside world.

However, the NCB brought down the drug mafia’s factory and seized drugs, millions of cash (crores) and firearms reserves.

They recovered 5.69 kg of mephedrone/MD, 1 kg methamphetamine and 6.126 kg of ephedrine.

In addition to the massive quantities of illicit drugs, the NCB seized various utensils, weighing machines and other apparatuses used to manufacture illegal drugs.

In fact, earlier that day, the Narcotics Control Bureau finally apprehended the kingpin of the underworld trafficking drugs, Pantham.

He revealed important information during his interrogation in regards of the fugitive partner Arif Bhujwala.

Therefore, police discovered about their direct connections with drug networks operating in Middle and South-East Asia.

Consequently, India Today TV had to report the measures being taken by the authorities. In fact, NCB lookouts were placed at all airports and ports to apprehend Bhujwala if he attempted to flee overseas. 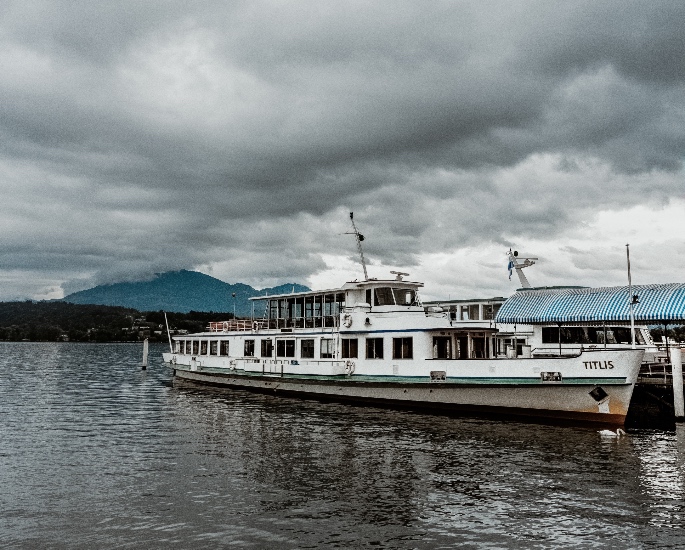 In November 2020, the launch of a 9-days anti-smuggling operation ended with the seizure of 100kg of heroin.

During their interrogation, the six detained Sri Lankan nationals confessed that the drugs were transferred to their vessels by a Pakistani.

However, the boat was not theirs but allegedly owned by Alensu Fernando from Negombo, a city on the west coast of Sri Lanka.

Times of India also reported that the authorities found 100kg of heroin in 99 packets. In addition to that, there were also 20 packets of synthetic drugs, five 9mm pistols and a Thuraya satellite phone set.

The detained smugglers hid the drugs in empty fuel tanks. Their main purpose was to transport them to western countries, such as Australia.

According to the authorities of the Indian security, the incident underlines that the Pakistani Inter-Services Intelligence has a deep ongoing connection with smugglers, with which they finance cross-border terrorism.

In fact, the exportation, trading or selling of drugs is often the way terrorism is funded.

Therefore, officials associated with the operation have said that they will investigate the potential recipients of the drugs.

The NCB also reported that they will attempt to identify the source of the drugs in Pakistan. This is because the source may be a high valued drug trafficker residing in Pakistan.

In fact, the source could be the one controlling a multinational operation of Afghan heroin trafficking.

This would be rendered possible by a variety of supports that could come from the deep states. In this way, the number of drugs smuggled into the country could increase. 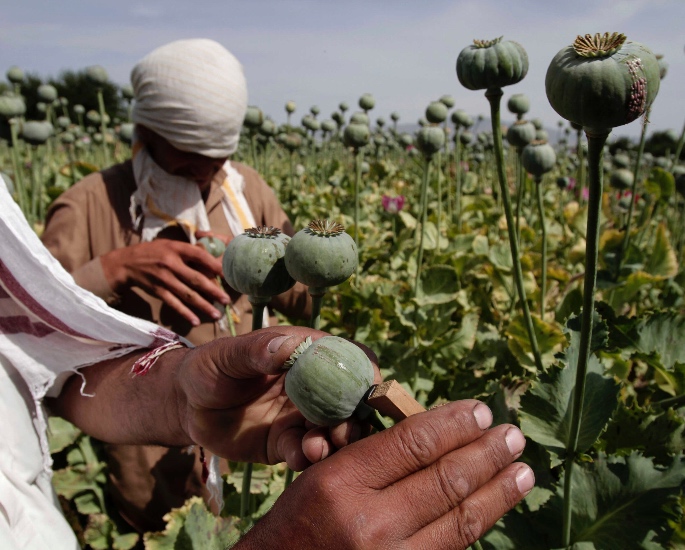 This is a massive drug bust believed to be the largest narcotics seizure of the year.

The drug bust took place in Chittorgarh. It followed after the raid of the NCB onto residential premises of one of the two arrested, R Lal.

The investigation led to the findings of approximately 234kg of opium, which were seized by the authorities.

NCB Deputy Director KPS Malhotra briefed the media from Delhi about the case.

He explained that after a team from the Jodhpur zonal unit raided a residential premise, they seized 233.97 kgs of opium. One car has also been seized in connection with the cases.

Consequently, they arrested the owner and the conspirator – R. Lal and M. K. Dhakad, residents of Bhilwara.

However, it appears that the contraband was destined for Jodhpur.

According to the Times of India, officials claimed that the distribution is affiliated to Madhya Pradesh and Rajasthan-based drug traffickers.

However, authorities revealed that the source of the opium was from a licit cultivation area.

That is because there is a specific state in which the cultivation of opium is legal and overviewed by the central government.

Nevertheless, after opium is dried, the seed capsule obtained from the opium poppy plant is chemically processed to produce heroin.

Officials associated with the drug bust have elaborated that with further investigation, something new was learned. They said:

“Legal cultivators […] divert the substance to illegal channels and sell it to intermediaries for profits.

“These intermediaries traffic this opium to other parts of the country for consumption and conversion to heroin.

“The seized opium, in this case, is also sourced from licit cultivation in Chittorgarh district of Rajasthan.”

However, it appears that the licit production of opium leads drug sellers to easily transform it into heroin, increasing drug selling and consumption.

In this way, it was concluded that this drug bust is the country’s largest opium seizure of the year 2020. 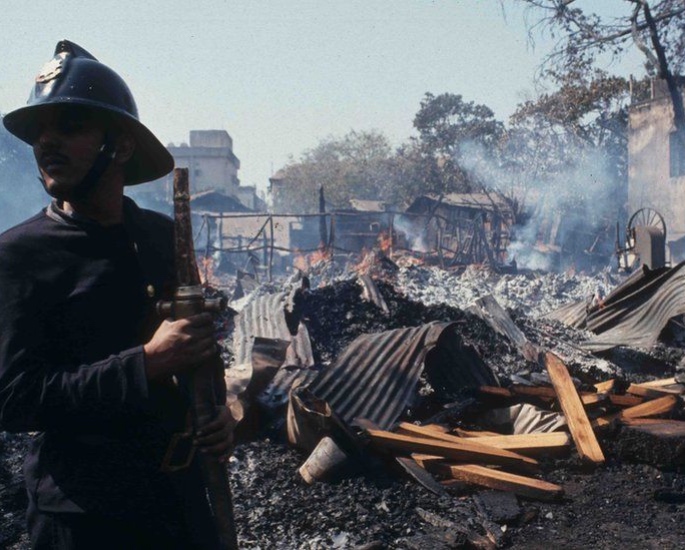 According to India Today, the Indore Police recovered psychoactive drugs from a gang, in what was claimed to be the largest drug seizure in India.

As a matter of fact, on January 5th, the police reported Rs 70 crore (approximately £6.8 million) worth of MDMA.

It was announced by the authorities that the drugs were smuggled to South Africa. Subsequently, the number of arrested was 5, but it rapidly went up to 16.

During this drug bust held in early January 2021, a serial blasts convict was among the increasing number of people arrested in Mumbai.

Ayub Qureshi was acquitted for the cold-blooded murder of Gulshan Kumar.

However, after being arrested in connection with the Mumbai serial blasts case, Qureshi went to Jail for 32 months, but in 1995, he was released on bail.

The police said that he was also arrested and went to the Aurangabad jail until 2008.

The Director-General of Police explained the reason why Qureshi was once again arrested.

In fact, it appears that after procuring drugs from one Ashfaq, he supplied them to his customers. However, Ashfaq was finally apprehended on January 5.

In partnership with the serial blasts convict, Wasim was arrested as well. After being similarly acquitted of the murder of Gulshan Kumar in 1998, the two criminals met again.

Together, they entered into a drug partnership with one Raees Kha’. Following their arrest, the drugs’ transportation handler Gaurav was apprehended too.

With the number speeding up to 16, this massive drug bust in India has demonstrated that bad habits are not easily changed.

In conclusion, because of the excessive levels of opioid consumption in India, the number of drug busts in the country is largely increasing.

From the interventions of the Narcotics Control Bureau and the Indian Coast Guard, this article aimed to show to the South-Asian public the legal consequences of drug usage.

Small, anonymous criminals have become infamous drug mafia lords, and the system is unknowingly controlled by them.

It would be tragic to conclude that South Asia is conscious of such control.

The Rise of Alcohol Abuse in India
Does Life Really End at 25 for a Desi Woman?