"foreign substances were detected in their stomachs"

The men acted as drug couriers and had ingested a total of 177 capsules worth approximately Rs. 10 Crore (£1.08 million).

The drugs were later seized by the Narcotics Control Bureau (NCB) of New Delhi. The bureau suspects that the men were linked to an organised crime group in Afghanistan.

It was revealed that the men ingested heroin-filled capsules along with honey. During their flight, they did not eat or drink anything.

However, the NCB received a tip-off about the drug smuggling operation and apprehended the men as soon as they landed in India.

X-ray examinations proved that the heroin was inside their stomachs.

Officer KPS Malhotra said: “The presence of foreign substances were detected in their stomachs during the test.”

It was revealed that the Afghan men had intended to excrete the drugs once they checked into a hotel in the city. Over a period of several days, officers forced the suspects to excrete the heroin by feeding them bananas.

The suspects spent a week in the hospital and 177 capsules were discovered.

Two other men who were based in Delhi were also arrested. They acted as receivers.

Officer Malhotra added: “The doctors recovered 28 capsules from Rahamatullah, 38 from Faiz, 15 from both Habibullah and Wadood, 18 from Abdul Hamid, 37 from Fazal Ahmed and 26 from Noorzai Kabir.” 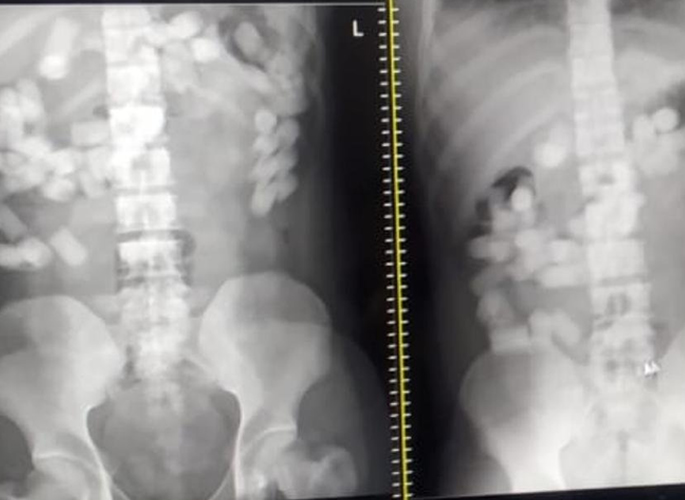 The arrests come amid a crackdown on drugs networks, especially the Afghan heroin supply gangs that are working with Nigerian drug traffickers.

“Delhi has become not only a market but also a transit point for Afghan cartels to pass on the drugs to far-off countries.”

According to the police, the arrested suspects acted as drug couriers who regularly flew from Kabul to Delhi on medical and tourist visas to hand over the drugs to receivers in the city.

Officials stated that Afghan cartels collaborated with Africans operating in Delhi and Mumbai.

The Times of India reported that the money paid by the African receivers is taken back by the Afghan couriers.

An official added: “Afghans and other nationals have been arrested for smuggling drugs into India previously as well. So the Narcotics Control Bureau of India should act rather seriously.”

Dhiren is a journalism graduate with a passion for gaming, watching films and sports. He also enjoys cooking from time to time. His motto is to “Live life one day at a time.”
Indian Couple throw Son in Bushes after Expecting Daughter
Operation Augusta report: Asian Men Sexually Exploited Girls