Why Bushra gets Fired in Week 9 of The Apprentice

The candidates work on creating recipe kits for Week 9 of The Apprentice. However, after a “toe-curling” pitch, Bushra faces Lord Sugar’s firing line.

"I did see that I was one of her biggest threats in this competition."

In week 9 of The Apprentice, the eight candidates have a chance to show off their culinary skills and knowledge. As ever, they hope to advance to the next stage, winning the favour of Lord Sugar.

He tasks them with the creation and branding of a recipe kit. Teams Vitality and Graphene would also pitch their product to industry experts, along with a live demonstration of creating the dish.

The two businesswomen encounter difficulties in their branding. For the kit’s name, Sarah suggests ‘Gourmet Crusaders’, to which Bushra says:

“I feel like the Crusaders for me feels a bit more like an army, like a fight, like a battle. I don’t know, what does that word say to you? When you are a crusader.” However, the project manager believes it suggests “travel” and exploration.

As a result, the sub-team keep to this title and advance to design. While the British Asian candidate attempts to offer different ideas, Sarah is unimpressed with her contribution, saying:

“I think that Bushra is supporting me enough, but it’s nothing outrageously creative that I’m blown away by.” 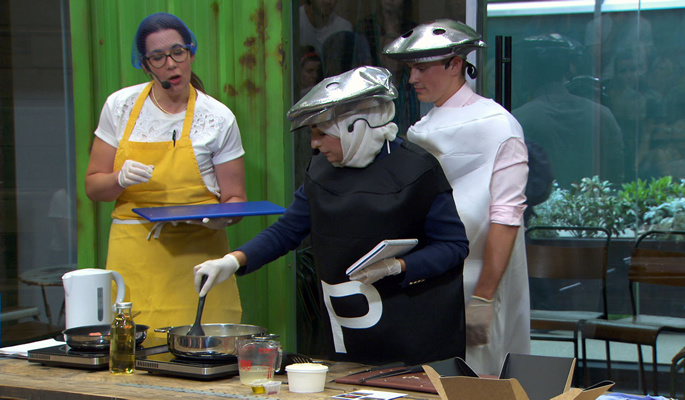 The next day, each team get the chance to see their product. But Bushra is critical of James and Liz’s photo of their meal (a salmon risotto), feeling that it doesn’t weigh up to their gourmet brand. She explains:

“I was expecting to have a little bit more, something special just to grasp people’s attention.” However, her teammates don’t react well to her comments, as James says:

“I think Bushra just says stuff for the sake of saying something. Just so that she can sit on the fence with everything. ‘Oh, I said that,’ if it didn’t work out.”

For their pitch and live demonstration, things take a sour turn. Elizabeth attempts to speak to the audience while making the meal. Bushra and James also mix in humour, adding in poorly-received jokes.

By the end, the finished meal doesn’t connect with the audience, with burnt ingredients and confusion over the word ‘Crusaders’. Advisor Karren Brady also describes the pitch as “toe-curling”. 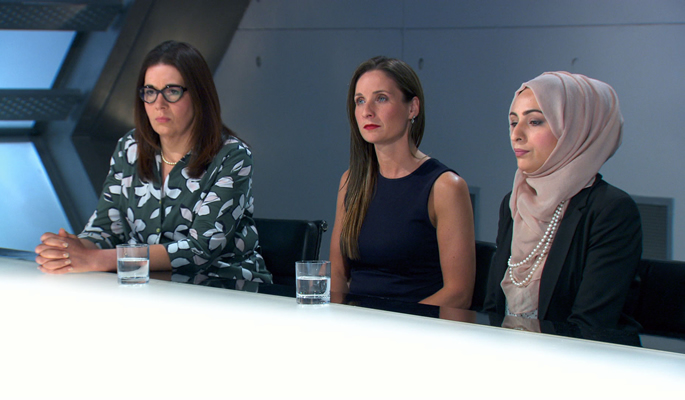 Meanwhile, despite mishaps in Vitality’s branding, the opposing team delivers a good pitch, with experts impressed with the meal. Their choice of a healthy chicken curry gives the better edge and they win the task with 12 votes from the experts.

Graphene sadly lost with a meagre 10; meaning Sarah brings back Bushra and Elizabeth to the boardroom. Bushra faces tough criticism from Lord Sugar as he says to his advisors:

“In my opinion, she has been standing back. I mean, she has spoken more in this last few minutes than she has done throughout the whole 9 weeks, as far as I’m concerned.”

Even Claude agrees: “I don’t think there is any point that I can say that she’s made a significant contribution, but she hasn’t been the worst candidate either.” In the boardroom, the candidate argues she repeatedly commented on the choice of the product name.

Unfortunately for her, Lord Sugar concludes: “Bushra, I don’t think you’ve done much in this last 9 weeks, and it is with regret that you are fired.” 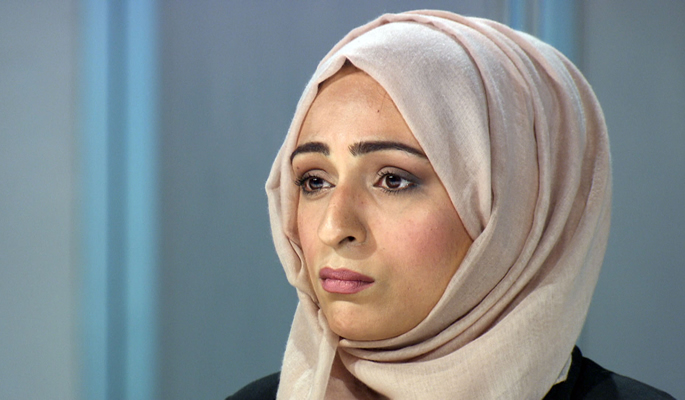 In the taxi, she disagrees with the businessman’s opinion: “Sarah threw me under the bus, but I did see that I was one of her biggest threats in this competition.” But with her firing, this marks the end of her journey in the show.

Interested in learning more about the British Asian businesswomen, check out our exclusive interview with her. Or keep updated with the programme and find out why Anisa and Sajan also got fired.

Tune into The Apprentice, on Wednesdays on BBC One at 9pm.

Is Priyanka Chopra on Meghan Markle’s Bridesmaid List?
Meet the 6 Finalists of India’s Next Top Model 3