Dr Arun Ghosh has opened up on what it is really like on The Jeremy Kyle Show and busts myths around life on the set of the show.

Dr Arun Ghosh is the resident doctor on The Jeremy Kyle Show and has spoken about what it is really like behind the scenes.

The UK show is one of the most iconic and longest-running on daytime television. It is known for returning guests and security intervention but life behind the scenes is not.

Now, Dr Ghosh has opened up on the ins and outs of life on the show’s set.

Dr Ghosh began his medical career in 1997 when he trained at Liverpool Medical School. He worked as GP before joining the show after making several radio appearances.

He said: “It was initially as a favour to the producer, who I worked with while at Radio City, and was meant to be a one-off medical show for them.

“I then got asked to do one more, and then another – and next thing I know it’s been 11 years.

“It’s certainly a different career path than any of my other uni friends but all my friends and family have been really supportive.

“Love it or hate the show we all know The Jeremy Kyle Show as it’s been a staple diet of daytime TV for all of our lives.

“It’s opened doors to being offered talks at Liverpool and even Oxford Universities.

“There’s nothing quite as mad as real life, but life as a GP does prepare you quite well so little shocks me any more.” 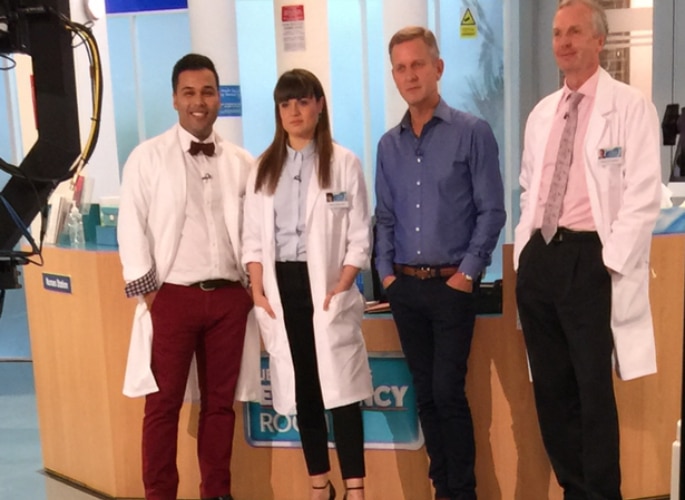 Dr Ghosh explained that while his job is rewarding, it can be difficult.

“The worst moments are the saddest and this is when your prognosis is proved right.

“The ones where you inform them they have little time left unless they change – and they don’t – always stay on my mind.”

“Luckily the show gives great aftercare but occasionally we’ve lost people to drugs and alcohol and it’s very sad when people don’t accept the help the show offers them.”

The show has been criticised for the impression that it promotes violent criminals but Dr Ghosh highlighted that it is not the case.

“I have to say that though people on the show could come across as aggressive, most people are pretty respectful to the medical and counselling teams – and ‘Security Steve’ really is as big as he looks.”

Dr Ghosh also dismissed the myth that participants are ‘planted’.

“The people on the show don’t get paid and they are definitely not actors. Those are the questions I always get asked.” 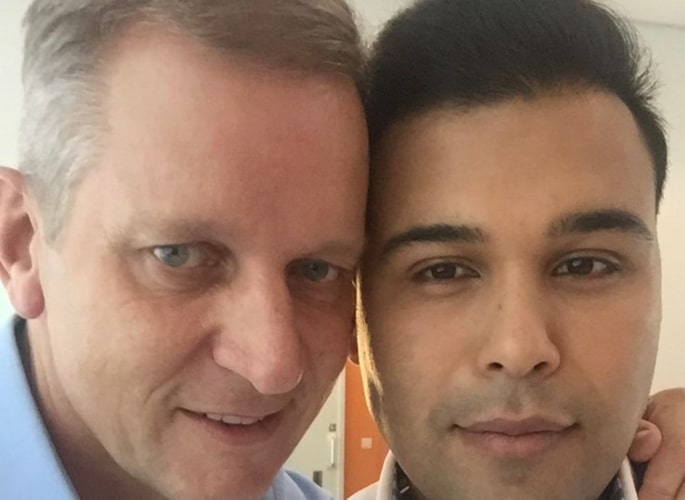 “He’s a good friend so I’m not just saying this but he genuinely cares about what happens to the people on his show and ‘yes’ he really is like that in real life; its not a front for the show.”

Dr Ghosh told the Liverpool Echo that he is appearing on BBC One show Health: Truth or Scare when he is not filming The Jeremy Kyle Show.

“I’m currently on telly every day this month on the opposite side, so you can’t escape me!

“I’m doing the whole series for BBC One at 9:15 am every morning. It’s a great show as I get to show a more humorous side while I explore medical myths and old wives’ tales.”

Dhiren is a journalism graduate with a passion for gaming, watching films and sports. He also enjoys cooking from time to time. His motto is to “Live life one day at a time.”
Pakistani Stars snub Lux Style Awards due to #MeToo
Kareena Kapoor shares How She Fell in Love with Saif