2 Men jailed for Violent Murder of Former Friend in Street

Two men who killed their former friend in the street using a wrench and a machete over a dispute have been jailed.

Two men have been jailed for life after killing their former friend in the street using a machete and a wrench.

The Old Bailey heard that Mofizur Rahman and Alimul Islam killed Alimuz Zaman in front of a crowd outside a shop on St Paul’s Way in Mile End, east London, on May 26, 2019.

Rahman and Islam were seen arguing with their former friend the night before and exchanged a series of phone calls with him in the weeks leading up to the killing.

It is alleged that the violence stemmed from an argument with Mr Zaman, likely to involve drug dealing.

Rahman and Islam were armed with weapons as they chased Mr Zaman around the street.

According to witness reports, Rahman stabbed Mr Zaman in the leg while Islam assaulted the victim with a wrench.

London Ambulance Service attended and Mr Zaman was taken to hospital but he died from his injuries later that night.

A post-mortem examination identified 15 sharp force injuries, with two fatal wounds – a chop-like gash to the arm and a deep stab to the thigh. 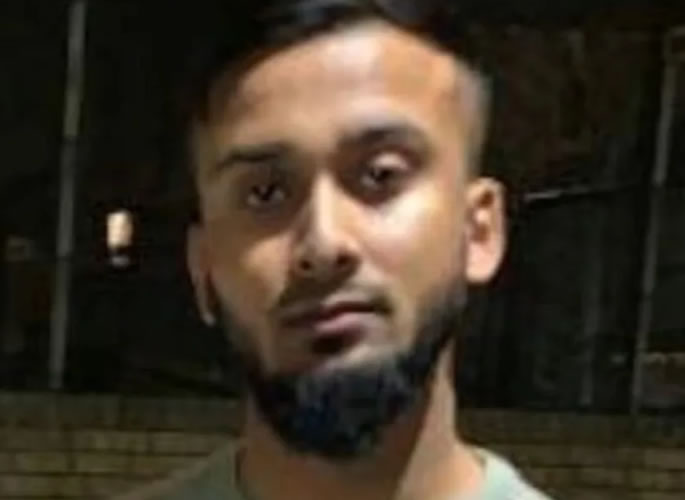 Both suspects were identified by a number of witnesses and CCTV confirmed their involvement in the attack.

As the investigation gathered momentum, both Islam and Rahman handed themselves into a police station on May 30.

They were arrested and subsequently charged with murder.

The men were found guilty of murder and wounding with intent.

Mofizur Rahman, aged 21, of Tower Hamlets, was sentenced to life imprisonment with a minimum term of 24 years.

Alimul Islam, aged 22, of Tower Hamlets, was sentenced to life imprisonment, to serve a minimum term of 22 years.

After sentencing, Detective Sergeant Gurj Singh from the homicide team who investigated the murder said:

“This was a violent and brutal attack carried out in the middle of the street on a Sunday afternoon.”

“It is clear from witnesses who were at the scene that Islam and Rahman targeted Alimuz.

“Both had attended the scene armed with weapons and both had the intent to inflict serious harm on him.

“Neither Islam or Rahman has revealed why they attacked Alimuz in such a brutal and obvious manner.

“This attack has understandably caused significant shock and distress to Alimuz’s family and the wider community and I hope these convictions bring some sense of justice to those affected.”

Dhiren is a journalism graduate with a passion for gaming, watching films and sports. He also enjoys cooking from time to time. His motto is to “Live life one day at a time.”
Law Firm Receptionist sacked due to “Inconvenient” Pregnancy
5 British Asian Men who Became Entrepreneurs