10 Popular Sports that are Played in Pakistan

Pakistan is full of athletes who take part in a variety throughout the country. These are the most popular sports the nation plays.

Pakistan has the fifth highest population in the world and with that comes millions of people who make popular sports thrive.

Most people may take this country as a cricket powerhouse, but that’s not the case. Pakistan is home to a diverse range of games and has achieved the top prize in many sports.

Some sports have been around for a long time while some have been introduced in recent years.

As of 2022, the Pakistan Sports Board controls 39 sports federations and facilitates players with a variety of assistance.

However, due to a lack of facilities and proper infrastructure, talent doesn’t get exploited to its total capacity, and sadly, some sports decline because of this.

Despite all of that, this nation’s love for sports hasn’t changed a bit. With that said, let’s take a look at the top ten most popular sports in Pakistan. 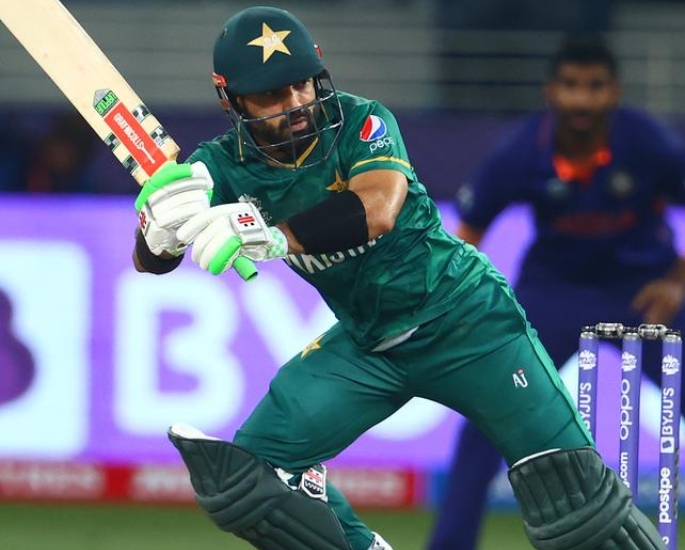 Although cricket isn’t the national sport, it’s the most popular one.

On an international level, Pakistan has reached the peak of cricket but has also seen some dark days too. But the fan following of this sport has continuously increased with time.

Here, kids can play in the streets, and on the weekends, they love playing on the road, ground, or wherever they find space.

This nation has produced some of the all-time greats of cricket such as Wasim Akram, Younis Khan and Inzamam-ul-Haq.

The team has also achieved some impressive international titles such as the 1992 World Cup, the 2009 T20 World Cup, and the 2017 Champions Trophy.

Due to an attack on the Sri Lankan team in 2008, Pakistan didn’t see any international cricket at home for more than a decade.

But with the situation better now, teams have started touring once again

After cancelling a tour in 2021, the England team toured once again in 2022 when Pakistan was looking to avenge their 2022 T20 World Cup final loss.

But, England came out on top yet again.

They will face off against New Zealand up until May 2023 in test matches, ODI’s and T20 games.

A big step in the revival of Pakistan cricket in the country was down to the creation of the Pakistan Super League (PSL).

Not only did this enhance the popularity of the sport on a world level, but it also allowed more audiences to watch the team globally. 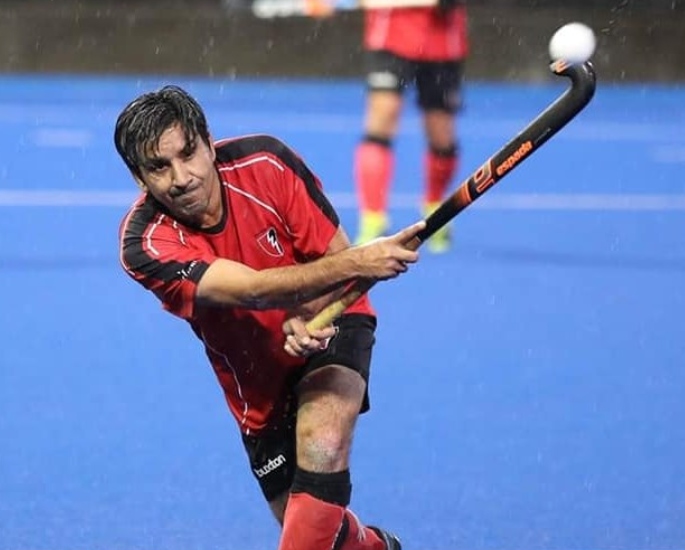 Hockey, the national sport of Pakistan, is the second-most popular sport in the country.

Although the craze for this game is not at the heights it once was, it’s still adored by many people.

Pakistan was known as “invincible” in the 70s and 80s when this sport thrived. To emphasise this even further, Pakistan has won three Olympics gold medals and four World Cups.

Moreover, Pakistan has won the most Asian gold medals and is the only Asian team to have won three Champions Trophy titles.

It’s worth mentioning that Pakistan is one of the founding members of the Asian Hockey Federation and has produced some greats of the game.

These include but are not limited to Mohammed Saqlain, Sohail Abbas, and Waseem Ahmad.

Despite such accolades, the country has failed to reach the pinnacle of the sport since the glory days of the 70s and 80s.

So, more attention has been put on homegrown tournaments and recreational games.

The national team has put in poor performances in recent times due to the lack of proper infrastructure and international appeal.

However, that cannot take away from the historic period Pakistan has had in making this sport so loved. Hopefully, it can reach the top once again. 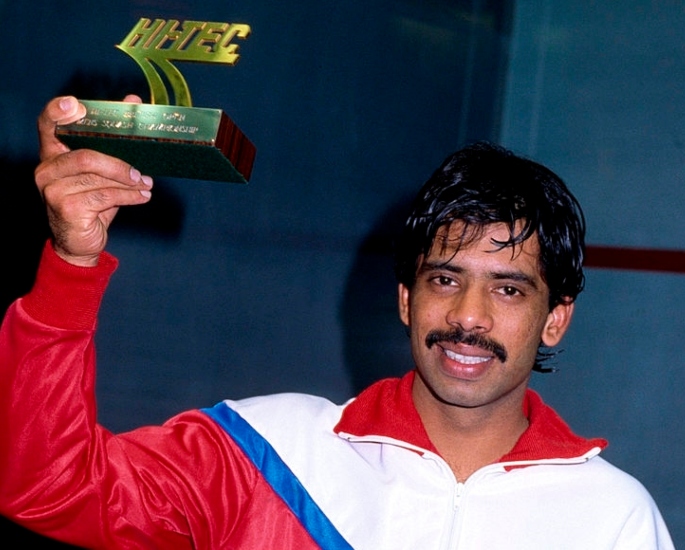 Squash is another sport in which Pakistan ruled all over the world.

Around the early 00s, Pakistani players were dominating in games whilst making and breaking records.

The nation produced all-time great players such as Jahangir Khan and Janshair Khan.

The latter has a reportedly World Record for 555 consecutive unbeaten matches.

Both players mentioned above won 14 titles and at one point, made Pakistan the most decorated squash nation in the world.

Overall, Pakistani players have won the most Squash World Open tournaments (17) and the British Open contest (12).

However, as players from this nation failed to impact the court substantially, interest in this sport rapidly decreased.

The limited number of squash courts in the country, high membership fees and lack of facilities for current players are the primary reason behind the downfall of this sport. 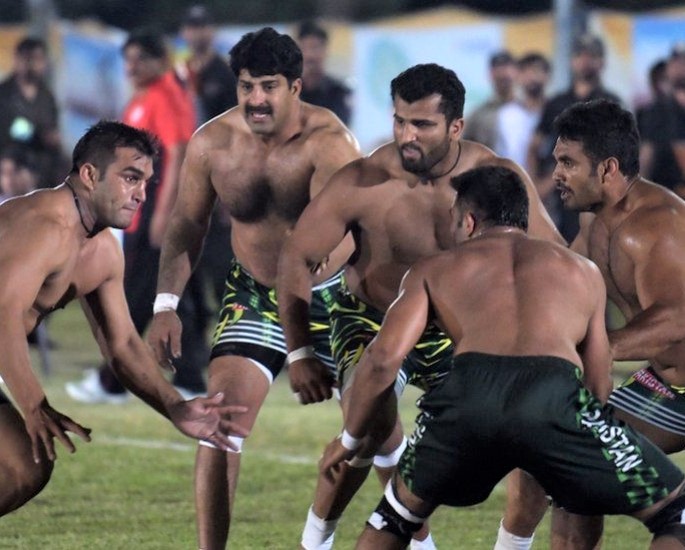 Kabaddi is a traditional sport in Pakistan and is still very popular in many parts of the country, especially rural ones.

In appearance, it is similar to wrestling but the rules are different.

Kabaddi has a long history in Pakistan. The Pakistan Kabaddi Federation was established in 1964. It organises and governs this popular game in the country.

The country has a continuous streak of success in international competitions.

Since 1985, they have won ten titles at the South Asian Games, including bronze, silver, and a gold medal in 1993.

Since 1990, they have won over five bronze and two silver medals in the Asian Games.

Pakistan reached the pinnacle of the sport in 2020 when they won the Kabaddi World Cup against their arch-rivals, India.

As of 2022, the country ranks number three in the world of best teams, showing just how loved the sport is.

There are many smaller competitions held throughout the nation and it promotes good discipline, strength, and health for men and women. 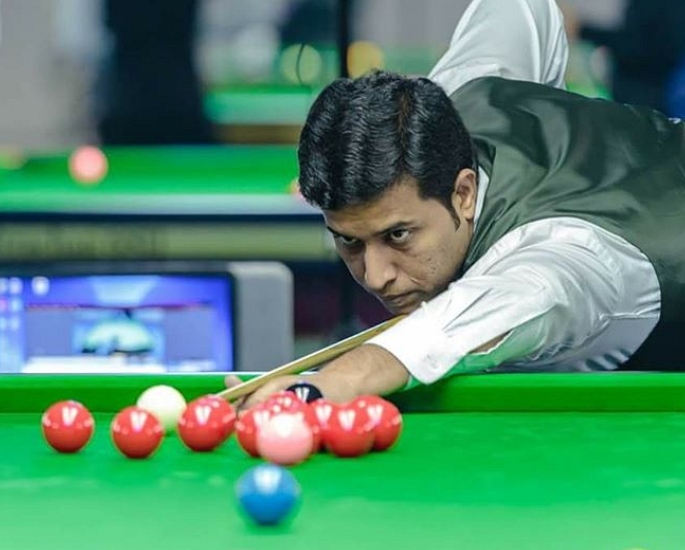 Snooker is one of the most beloved sports in Pakistan. There are snooker clubs in every town, which shows this game’s popularity.

The Pakistan Billiard & Snooker Federation was founded in 1958.

Whilst they haven’t done a lot to develop the game, there are a few players who have played at the most significant level.

In international events, players like Muhammad Asif, Farakh Ajaib, and Muhammad Sajjad have shined with the former winning the ISBF World Snooker Championship.

Surprisingly, Ahsan Ramzan is the new snooker hero from Pakistan.

He is a 16-year-old player from Karachi and has become the youngest to win the IBSF World Snooker Championship trophy. 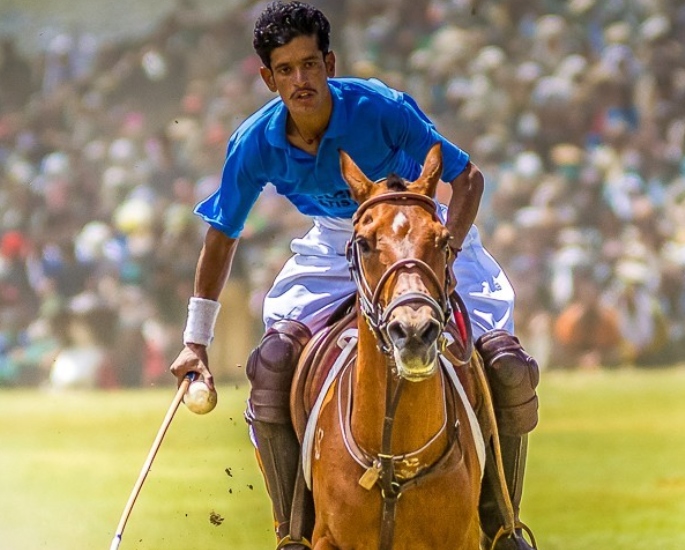 It may surprise many that a game like polo is played in a country like Pakistan. Several tournaments are held annually at different times of the year.

The Pakistan Polo Association (PPA) organises the matches and guides the national team toward the Polo World Cup.

It is affiliated with the Federation of International Polo and the Pakistan Sports Board.

However, the Shandur Polo tournament is the most famous because of its venue and arrangements.

It is played at the world’s highest polo ground which is 11,000 ft above sea level, making it a spectacle.

It’s worth mentioning that the Pakistani military encourages to take part in such activities and facilitates a large number of arenas. Riders from all around the world come here to train and compete.

Murad Ismail and Raza Muhammad Ali Khan Bangash are the best players from Pakistan, with the latter being the number one Pakistani Polo player since 2009. 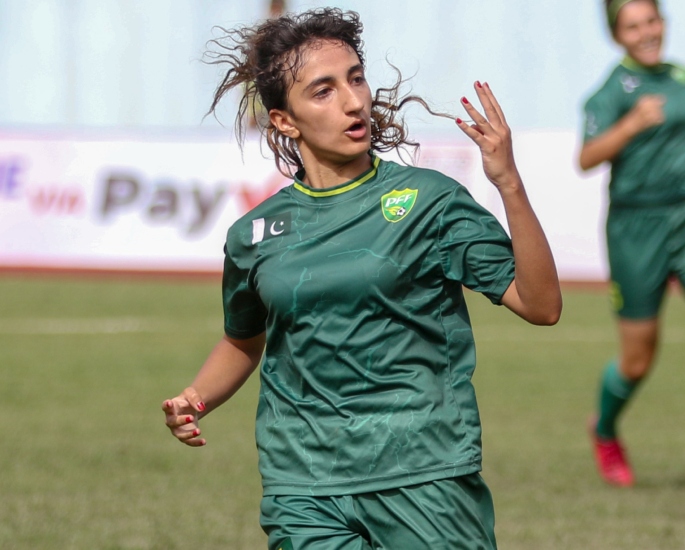 Football, the most popular sport in the world, has a special connection with Pakistan as the country avidly follows teams from all around the world.

The beautiful game has a lot of fans from Pakistan who support top European clubs like Manchester United, Barcelona, Real Madrid, and Bayern Munich.

However, this game is getting more popular in another sense that now it is becoming a dominant sport in many schools, colleges, and universities.

The Pakistani Football Federation was established in 1947 and was recognised by FIFA in 1948.

One of the avenues that is gaining attention for Pakistan football is the national women’s team.

Breaking down gender stereotypes, there seems to be much admiration for female players.

For example, 21-year-old Nadia Khan is smashing barriers with her eye for goals and even plays for the English club Doncaster Rovers Belles.

She is already the joint top goal scorer for the country which she is expected to top in the coming years.

Not only is she and the rest of the team inspiring more women to enter the sport, but they are also highlighting the talent of Pakistani footballers. 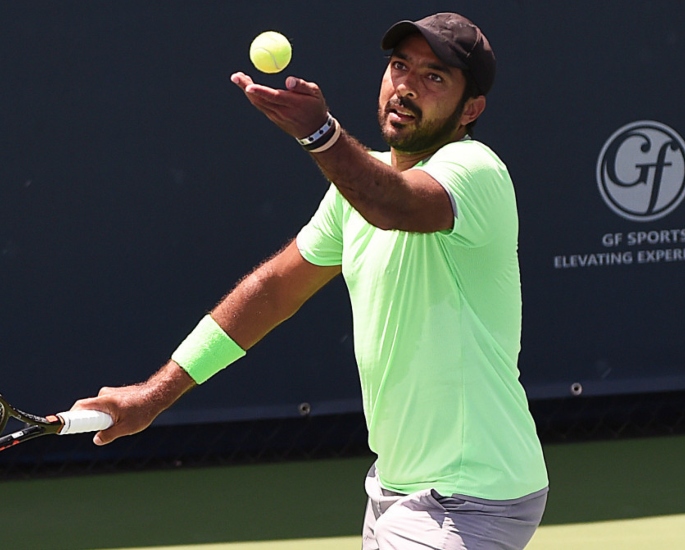 Tennis is another famous sport in Pakistan, as there are a lot of girls and boys who follow international stars like Federer, Nadal and Djokovic.

The Pakistan Tennis Federation (PTF) organises the game in the country, as different local tournaments are held annually.

On the global level, Pakistani players compete in various events.

However, they struggle to gather any success due to a lack of professional training and international backing.

Although, Pakistan has produced some excellent players who have competed well in competitions.

For example, some names are Khawaja Saeed Hai, Haroon Rahim, and Aisam-ul-Haq. Haroon Rahim was a player who achieved much success.

He won a number of ATP singles and doubles titles.

Khawaja Saeed Hai was the first Pakistani player to reach a Grand Slam tournament. He played at Wimbledon, the US Open, and the French Open, where he made it to the third round.

Aisam-ul-Haq, another good player, created history in Pakistani tennis by reaching the men’s double and mixed double finals of the 2010 US Open. 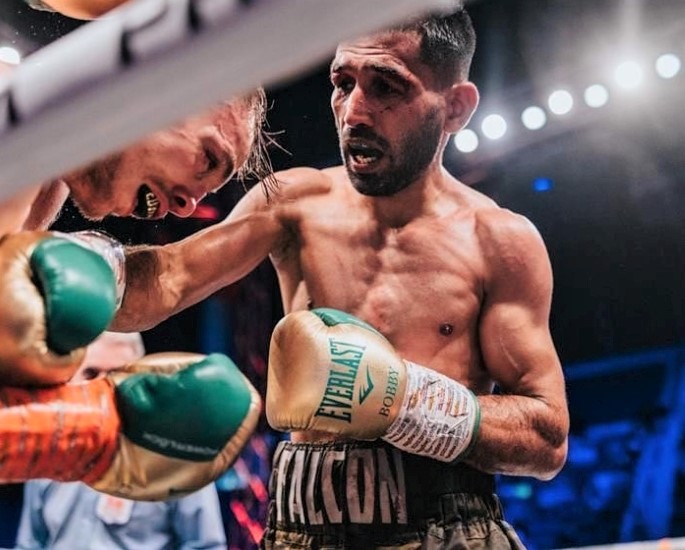 Boxing is another sport on the list of most popular sports in the country.

Pakistan has achieved success in this sport. It’s worth mentioning that Pakistani boxer Haider Al won gold at the 2002 Commonwealth Games.

There are good boxing clubs in major cities of Pakistan such as Lahore and Karachi.

If we talk about players, Pakistan has produced some great players recently, like British Pakistani Amir Khan.

He fought for the IBF flyweight title in March 2022 but ultimately lost by a unanimous decision. However, he still only holds two losses to his record and over 11 wins.

Trying to put more of the nation’s boxers onto the map, Waseem shows no signs of slowing down and epitomises the love Pakistan has for boxing. 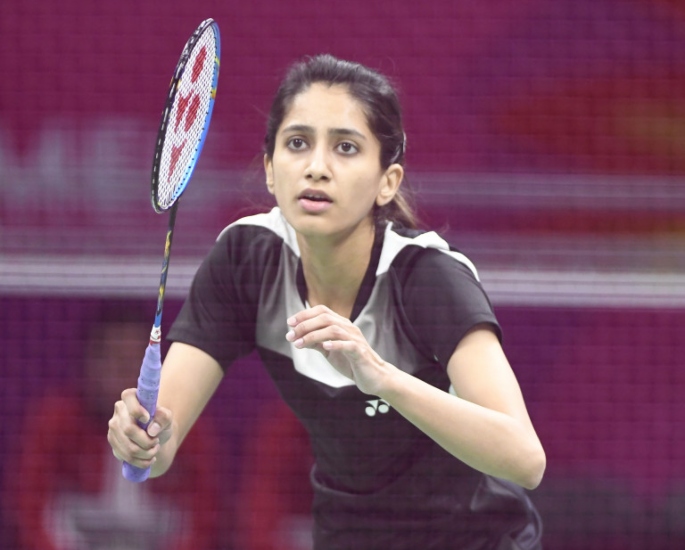 Badminton is one of the most popular sports in Pakistan.

This game is one of the rising sports in Pakistan as it is now being played in schools, colleges and universities.

The Pakistan Badminton Federation was established in 1953 and organises the sport.

However, not much effort has been put in by them to promote Badminton as ferociously as they can like other nations.

Although, between the 50s and 70s, Pakistan enjoyed much more success than in any other era. That’s why it was known as the ‘Golden Era’

If we talk about players, Irshad Ahmed, Saeed Malik, Elsie Hunt, and Nighat Sultana are some of the great badminton players produced by Pakistan.

They have represented their country at both national and international levels.

The latter was a runner-up twice in women’s doubles in BWF international challenge.

Moreover, Mahnoor Shahzad qualified as Pakistan’s first Olympic Badminton in the 2020 Tokyo Summer Olympics which emphasises the accelerated interest in the sport.

In this article, we shed some light on the various popular sports played in Pakistan.

After talking about all the sports mentioned above, we learned that Pakistan loves all types of athleticism and has undergone many golden eras in different games.

However, at the same time, we also got to know how some federations aren’t fulfilling their duties and are overseeing different sports.

Therefore, if more time and investment can be spent on improving these areas, Pakistan could reach the pinnacle of some sports once again.

Umar is a sports writer and enjoys a variety of sports himself including cricket. His motto is "Don’t race against others, race against yourself."