"No one is happy about her marrying him after what he did."

There was no sign of Zayn Malik as his 22-year-old sister Waliyha tied the knot with her partner, an ex-convict.

Zayn’s girlfriend Gigi Hadid sent Waliyha a message saying she “wished” she was there.

Waliyha is believed to have married 24-year-old Junaid Khan, who was jailed for five years in 2017 for a carjacking incident.

The bride was all smiles as she stunned in glamorous golden wedding attire. Her bridal outfit was a dress embellished with sequins, a delicate veil and statement gold jewellery.

She opted for a high-glamour makeup palette and nude lipstick.

Waliyha took to social media to reshare the moment she cut her wedding cake with her new husband, which featured their initials in gold icing with a “Mr and Mrs” cake topper.

The couple held hands as they cut into the cake in front of guests. 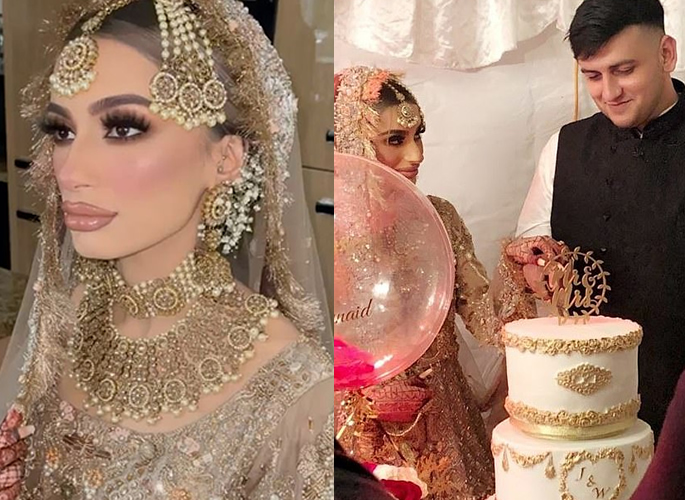 It is believed that the wedding took place in Bradford, but Zayn and Gigi have been living in Pennsylvania amid the Covid-19 pandemic.

Waliyha was excited to get married, however, it was claimed that “nobody is happy” about her marrying Khan. Her father Yasser also seemingly did not attend the wedding.

A source told The Sun: “No one is happy about her marrying him after what he did.

In 2017, Khan and his accomplice Adam Takolia followed a Seat Leon Cupra before confronting a “vulnerable” elderly woman on her driveway in Skipton.

The pair had been wearing balaclavas at the time and threatened her with a screwdriver before making off with the vehicle.

Judge Jonathan Durham Hall QC told him: “You targeted a vulnerable lady on her own.

“At her home, in her drive alone and you ­carried out your planned expedition with a degree of skill that is chilling.”

“And you have shown no remorse, not one iota.” 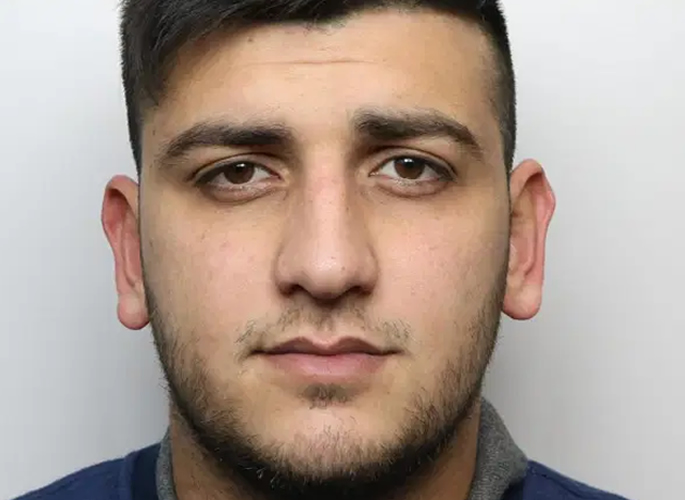 Zayn’s sister announced she had tied the knot and shared photos of her in a fuchsia outfit surrounded by her loved ones.

Waliyha’s look featured a pink embroidered maxi-skirt and vibrant silk shirt, which she paired with a patterned sash.

She also shared several photos surrounded by her loved ones as she announced her marriage.

She wrote: “Best days with the best people.

“I honestly don’t think I could have had a more beautiful day, I can’t believe we are officially married.”

Gigi was disappointed not to attend the wedding. She took to Instagram and wrote:

“Wish I could be there so happy for u. Big love x.”

Zayn and Gigi also became parents to a baby girl in September 2020.

Dhiren is a journalism graduate with a passion for gaming, watching films and sports. He also enjoys cooking from time to time. His motto is to “Live life one day at a time.”
Violent Man jailed for Beating Partner with Hammer
Indian Army Colonel rapes Friend’s Russian Wife