What to Expect from the Samsung Galaxy S6

The Samsung Galaxy S6 is set to be unveiled on March 1, 2015 in Barcelona. DESIblitz runs through some of the features you could expect from this latest Samsung smartphone.

Samsung have confirmed that the Galaxy S6 will have wireless charging.

The Samsung Galaxy S6 will reportedly be unveiled at the Mobile World Congress (MWC) show in Barcelona on March 1, 2015.

The most recent Samsung smartphone, the Samsung Galaxy S6 includes a new and improved curved screen or better known as a wraparound screen.

There are two versions that include this one version has a curved screen on both sides while the other only has one curve.

To some this aesthetic change might not seem like much but it gives the whole package a more futuristic vibe.

DESIblitz runs through some of the features you could expect from the Samsung Galaxy S6. 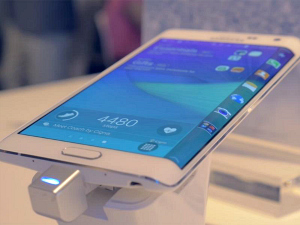 The processor for the S6 is different from the S5. The S5 made use of the Snapdragon 810 processor but because of heating issues the S6 processor has been replaced with a 2.1 GHz Exynos processor.

This actually makes the phone run faster than the last Exynos processor.

Samsung’s new S6 is dumping some of the more unused apps or bloatware that you may have found on earlier versions in favour of Microsoft apps.

This makes the phone a whole lot faster than its predecessors. The Microsoft apps included at the moment are: Office, OneDrive, OneNote and Skype.

It seems likely that more apps than that will be made available for the phone later. 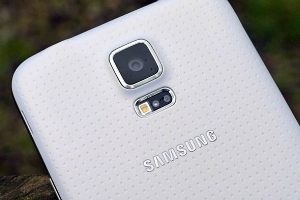 For those camera phone aficionados out there, the S6 sports a new 20MP camera lens on the back of the phone it also offers optical image stabilisation making for a crisper photo experience.

The S6 also features a front facing 5MP camera all of this added into the fact that the S6’s camera app will have a pro mode makes this a good choice for any budding photographer.

However the S6 is still in development and it is still in prototype stage, whether or not the final product will have this camera capability is up for question at the moment.

General changes included on the S6 are a revamped keyboard, more theme options to get that personal touch, music apps will play in full screen mode and the dialler app has had some changes as well.

With so much emphasis on speed and reliability it’s clear that Samsung are trying to do everything they can to make the S6 as appealing as some of its competitors.

And in terms of software and hardware, the S6 is a shaping up to be a real contender.

The port at the bottom of the new smartphone looks similar to some of Apple’s most recent products.

The design is similar to the iPhone 6 and some iPod 5th generation. The position of the headphone port, the speaker design all look the same.

As there hasn’t been a huge outcry over the design, it could seem that Apple may be letting this pass them by.

Also this wouldn’t be the first time that either company has been at each other’s throats. Samsung and Apple have both been in court over alleged design duplication.

With that in mind, it’s almost as if Samsung are painting a new target on their back with this recent news.

Despite all of this negative news, Samsung are still moving ahead with the S6 and it looks as if it will grace the shelves of phone stores sometime in 2015. 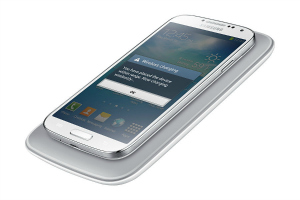 The S6 will also offer a new payment system similar to Apple Pay. Samsung have reportedly teamed up with Visa to create it using LoopPay technology.

Nowhereelse.fr also claims that the battery in the Galaxy S6 is not removable. In fact, Samsung have confirmed that the S6 will have wireless charging. Phone users will be able to use a charging plate instead of removable batteries.

“Samsung will accelerate to democratise this wireless charging technology with compelling smartphones. With our upcoming Galaxy smartphones, users will be able to enter a new wireless world like never before.”

Alongside the S6 Samsung have also announced the Samsung Galaxy S6 Edge.

Similar to the Samsung Galaxy Note Edge, the S6 Edge is said to have a curved screen on three sides: front, left and right making the Smartphone more immersive.

Needless to say, it sounds like a game changer, which will challenge the preconceptions of what smartphones should look like.

With the launch of the S6 on March 1, 2015, rumours suggest that Android fans should be able buy it anywhere from March 22nd onwards. The Galaxy S6 Edge could release from April 19, 2015.

So if you’re looking for a new phone for 2015, then the Samsung Galaxy S6 and the Galaxy S6 Edge are definitely ones that you should invest some time in, if for no other reason than the smartphones look fantastic.

George is a Fine Art Photography graduate with a thirst for gaming. George has a keen imagination and is always coming up with ideas whether it’s for an article or independent work. His motto is: “Always aim high."
Top 5 Apps for Football
Mark Zuckerberg brings India Free Internet Access