As the demand for horror fiction continues to grow in India, we introduce seven brilliant authors who know a thing or two about the supernatural.

"We live in a world where we experience just one of the dimensions."

Whether in film or literature, horror is often employed to provide entertainment value through shock and scare.

We are frightened by what is beyond the bounds of our existing knowledge. We are troubled by what we cannot see or control.

Yet, we crave to be chilled and thrilled by the haunted in The Exorcist or tales of the undead in Dracula.

From journalists to teachers; from the hills of the Himalaya to the coast of Goa, our top pick of horror authors from India will take hold of your imagination through the eerie night. 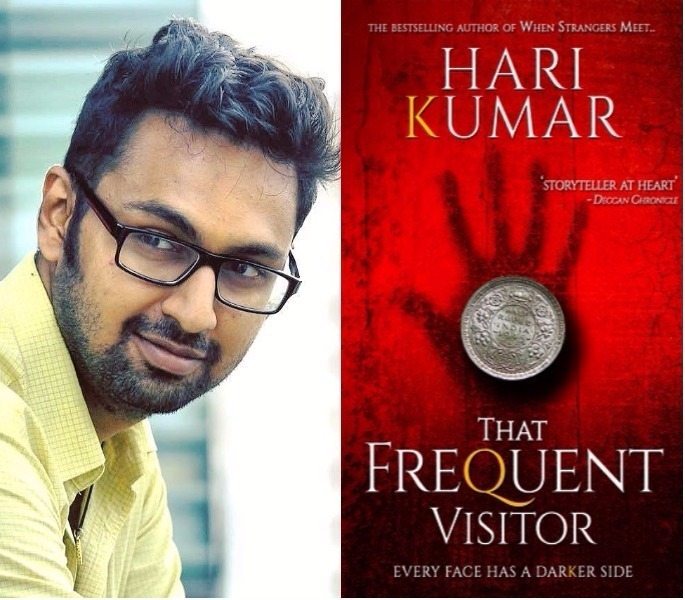 Novelist and screenwriter K. Hari Kumar made his literary debut in 2013 with When Strangers Meet.

His 2015 follow-up, That Frequent Visitor, saw him become the first Indian author to enter Amazon’s bestseller in horror fiction.

Hari, with a passion for classic English literature, tells us: “My mother would read out folk stories about ghosts, witches, goblins from popular kids magazines. Not only did those stories pull me towards the unknown, but they always carried some kind of a moral in it.

“From the all-knowing sadistic goblin of Vikram and Vetaal to the demonic Pazuzu of Blatty’s The Exorcist, horror has immense possibilities and can be realistic or surreal. This gives me a lot of scope to write different types of stories while switching sub-genres.”

Hari is also a popular blogger with over 130,000 followers on social media. Having completed a screenplay for a horror movie, he is working on two new novels – one of which will be a sequel to When Strangers Meet. 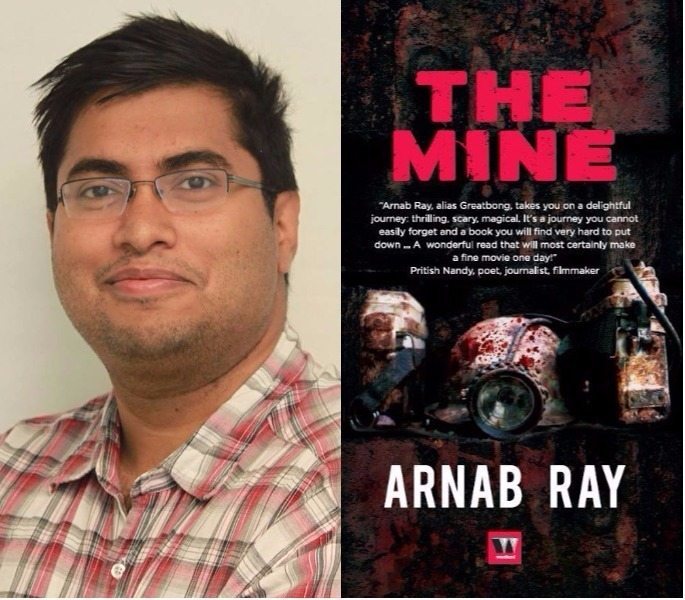 Aka Greatbong, Arnab Ray is the brain behind Random Thoughts of a Demented Mind – a blog that has gained widespread popularity for its unique take on everything from Bollywood and cricket to Donald Trump.

Naturally, he steers his first book in a similar direction. The result is the well-received, satirical May I Hebb Your Attention Pliss.

For his second book, Arnab ventures into horror to write The Mine. Through using flashbacks, he unveils the dark secrets of a group of miners, trapped in the depths of the earth.

Born and raised in Kolkata, Arnab holds a PhD in Computer Science from Stony Brook University in New York. He has also written for many major publications, including Times of India and Wall Street Journal Online. 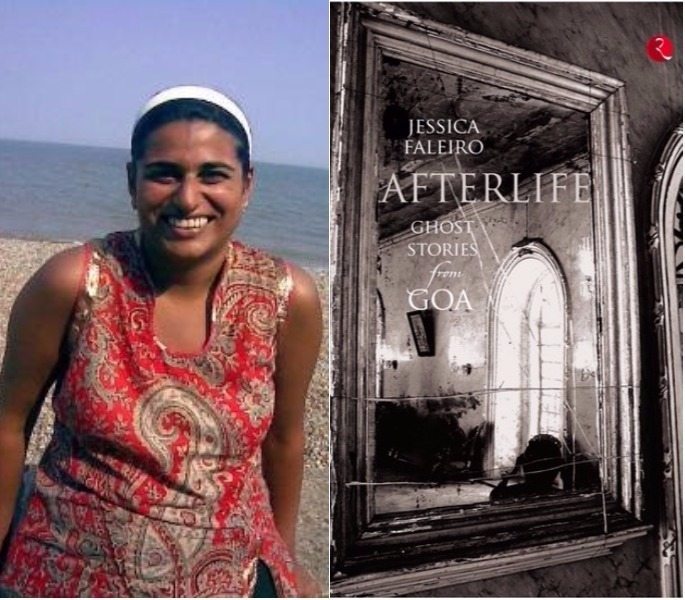 Despite growing up in Kuwait and having lived in London for 15 years, Jessica traces back to her birthplace, using it as the backdrop for her debut novel.

Afterlife: Ghost Stories from Goa follows the Fonseca family who gathers for a birthday celebration at a mansion. But they soon discover each other’s hidden past, following an exchange of family secrets and ghost stories.

A childhood memory urges Jessica to write Afterlife: “When I was a child, my father used to tell me ghost stories at bedtime. At age ten, I had an inexplicable experience that made me believe that I’d witnessed a ghost.

“I became curious about other people’s ‘ghost’ stories and collected various first-hand accounts and anecdotes from them over time. Snippets of these have wound their way into my novel.”

Jessica also enjoys writing poems and looks up to some of India’s finest writers – Amitav Ghosh and Sarita Mandanna. 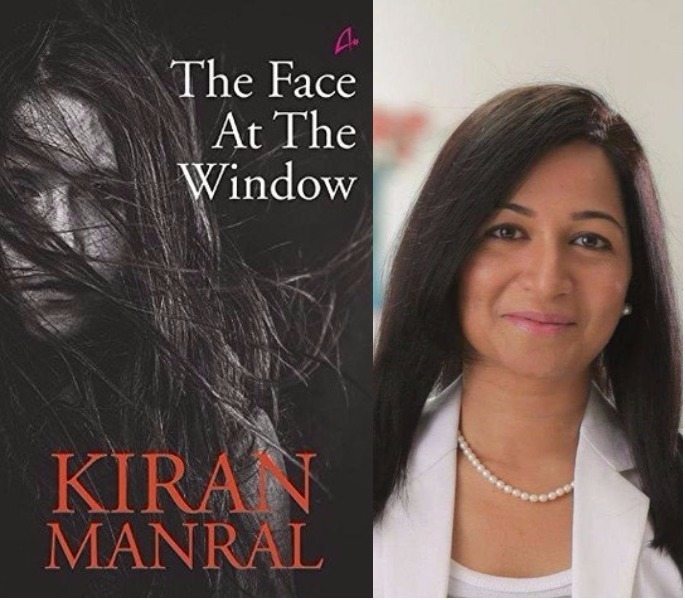 The Face at the Window may be Kiran’s fifth novel, but it is her first attempt at penning horror fiction.

The former journalist is known for her romance novels like The Reluctant Detective and Once Upon a Crush. But the shift in creative direction is not as drastic as it seems, as she tells DESIblitz:

“I’ve always been a great fan of good horror writing in fiction and film. My preference has always been towards the paranormal rather than the slasher zombie variant of horror. It is only natural that someday I would write one of my own.

“I think the inexplicable is always something that has interested me. We live in a world where we experience just one of the dimensions. There are so many more levels of consciousness lying unexplored.”

When Kiran is not writing fiction, the Mumbai-based author is championing feminism in her columns and promoting creative writing. 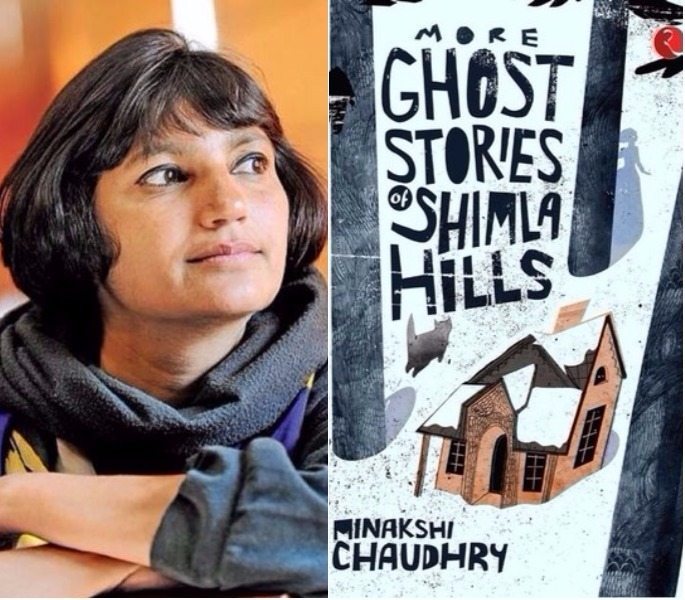 What sets Minakshi apart is her love for the scenic and historic Himachal Pradesh, situated in north India within the Himalayas.

As a former journalist, she has extensive experience in news reporting in the region. As a keen traveller and trekker, her published guides offer invaluable tips and advice for outdoor enthusiasts.

When Minakshi writes novels, she takes inspiration from her surrounding and channels her imagination through an unnerving setting.

Ghost Stories of Shimla Hills is one of her most notable works. It presents a collection of short stories, buried deep in the hills during the days of the Raj.

Backed by popular demand, she brings back the supernatural in More Ghost Stories of Shimla Hills. 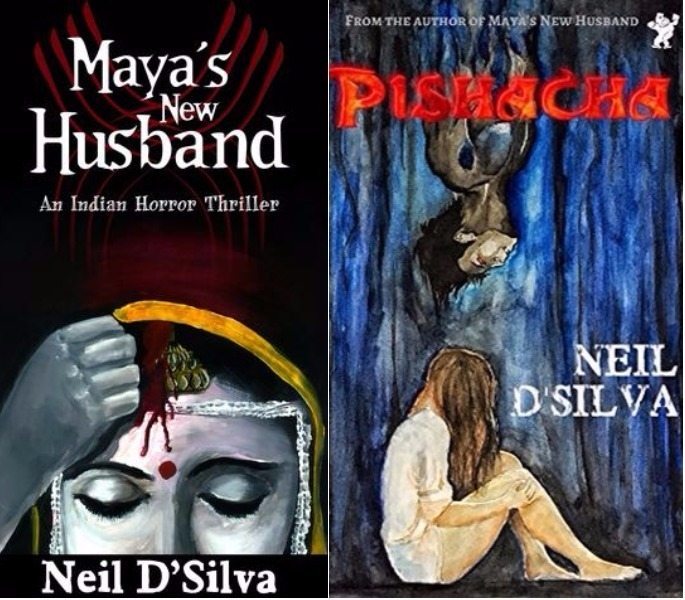 For his debut novel Maya’s New Husband, Neil tells a fascinating tale of psychological horror loosely based on his marriage.

He explains: “Ours was a so-called ‘arranged’ marriage. We knew each other just for a little less than a year before we got married. This is too short a time to understand each other.”

Therefore, he decides to focus the narrative on the female perspective and invites readers on a spine-chilling ride with Maya, as suspicion of crime begins to cast a shadow over her new marriage.

As Maya’s New Husband goes on to become an Amazon bestseller, Neil explores the genre further in his second book The Evil Eye and the Charm, followed by Bound In Love.

His fourth book Pishacha, as the title suggests, takes on the supernatural. Neil describes it as the Indian version of Disney’s Beauty and the Beast.

He tells us: “The pishacha is one of the most widely-known of such entities. It is a demon born out of anger, who eats human flesh and drinks human blood to survive. 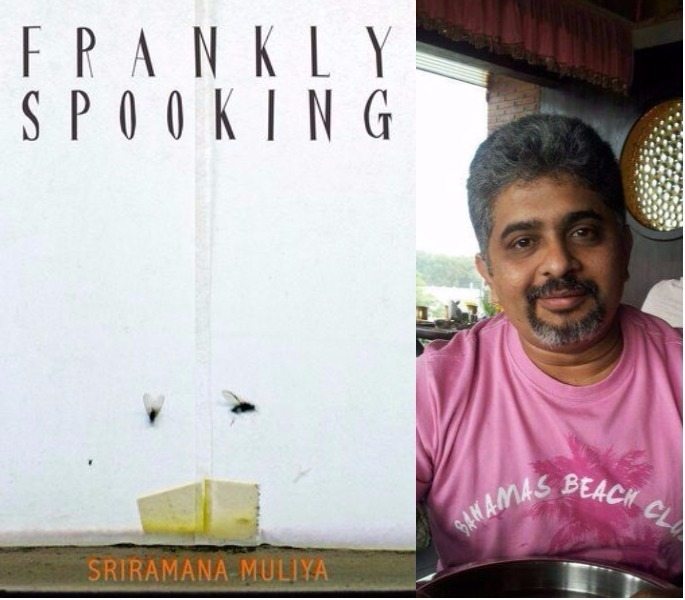 Sriramana, a full-time IT technical writer, has been blogging long before publishing his first fiction in 2013.

Frankly Spooking offers 30 short stories, featuring those published on his blog and some original creations. Sriramana’s favourite is Blogosphere, which charts how a blogger terrorises other bloggers.

Inspired by Stephen King and Roald Dahl, the Bangalore-based author takes great interest in the relationship between horror and the human mind.

Speaking with DESIblitz, he says: “It plays an important role in psychology – powers of the mind, fears lurking in the mind that make people do strange things. All these help me learn the human psyche better, all the while providing entertainment.”

His next book is a psycho-medical crime thriller. But Sriramana promises to include some paranormal elements to turn up the spookiness.

A quick glance at the bestseller horror fictions on Amazon will tell you that Stephen King remains the undisputed favourite among Indian readers. But a more welcoming attitude towards native writers should not go unnoticed.

Neil D’Silva, the author of Maya’s New Husband, tells us: “The trends are definitely optimistic. I have spoken with literary agents who want to represent horror more in India, because of its growing demand.”

The admiration expressed by his readers also show great promise for the genre. Neil adds: “I have received several messages from readers stating that they are horror lovers and read anything in the genre.

“I have also received messages from people who say they didn’t read horror before reading Maya’s New Husband, and are now hooked to the genre.”

Nevertheless, Indian authors working in horror are few and far between, as most readers still lean towards romance and mythological fiction.

Though Kiran Manral would agree, she also believes India possesses ‘a rich oral heritage of ghost stories’ that are waiting to be explored.

A good horror novel dives deep into our minds to uncover our innermost secrets and desires. The experience, unsettling yet pleasurable, is as rewarding for the readers as it is for those who create it.