Colaba Causeway ~ The ‘Culture Square’ of Mumbai in India

Discover more about Mumbai’s Colaba Causeway, also known as the ‘Culture Square’. We chat to Nafisa Lokhandwala more on this cultural, Indian landmark.

"Shopping in Colaba caters to a variety of people with different budgets, style and taste."

Mumbai holds an array of well-known Indian landmarks such as the Taj Mahal. However, one such attraction many may not know of is Shahid Bhagat Singh Road. Otherwise known as Colaba Causeway, or ‘Culture Square’.

A major causeway of the Indian city, it contains a rich history behind it. And even today, it has become a place of culture, fashion and shopping.

Photographer Nafisa Lokhandwala takes DESIblitz on a pictorial journey through this ‘Culture Square’, shedding light on the long-standing landmark.

Colaba Causeway is the subject of one of Nafisa’s various photography projects. Taking an array of images, she captures the beauty of this intriguing destination.

A Landmark of History and Modernity

But first, let’s get an understanding of the ‘Culture Square’s’ exact location. Nafisa explains:

“Colaba was first part of the seven islands of Mumbai, which was inhabited by the Kolis before the arrival of the Portuguese. The region consisted of two islands: Colaba and Old Woman’s Island.”

These two islands form part of the historic area called Old Bombay. Nafisa also adds: “Colaba Causeway, a commercial street, is located in the heart of South Mumbai, an upmarket area. Close by are famous landmarks like Gateway of India and Taj Mahal Palace and Tower.” 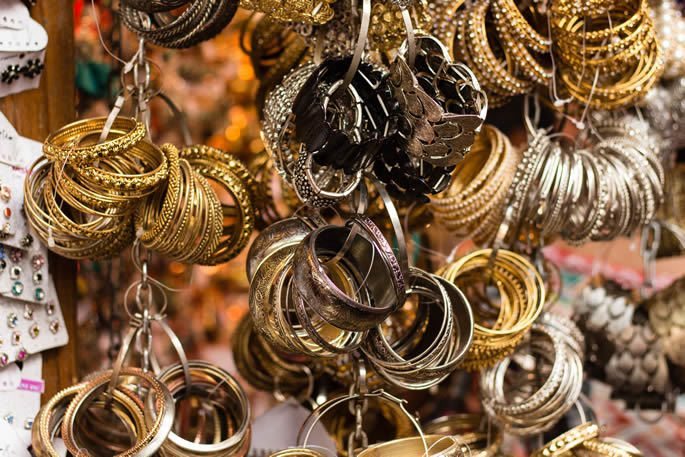 Connecting two important islands of Mumbai, this landmark must surely hold an interesting history behind it. Created by the British East India Company around the 1830s, it served as an easier route to travel between Colaba and Old Woman’s Island, instead of using boats.

However, Nafisa explains the landmark now offers more than just a passage to and from:

“Colaba is known as the ‘Culture Square’ of the city.” But how has it earned this nickname? Nafisa replies:

“Shopping in Colaba caters to a variety of people with different budgets, style and taste. From fashionable boutiques, which have made way in the century-old buildings of the British Raj to the other end of the scale are the pavement stalls with a rumpus of vendors and hawkers. 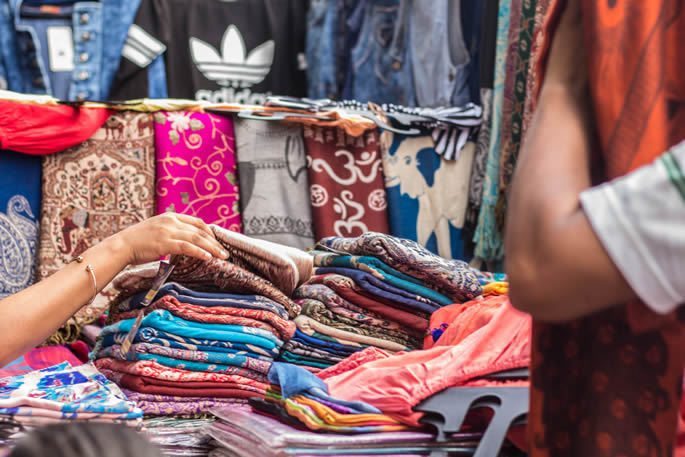 “This space is the one-stop shopping destination for all those looking to buy knick-knacks and hippy chic.”

With a variety of items available for you to purchase, one could easily spend hours in the ‘Culture Square’. From street jewellery, beaded necklaces and footwear to dubious antiques, shawls and scarves. Everything “is priced as low as your bargaining can take you”.

Perhaps with its fusion of history meets modern times in its architecture and array of shopping stalls, it has gained its status as an attraction. Retaining its memories of the British Raj, modern India has updated it with cafes and places of entertainment and fashion. 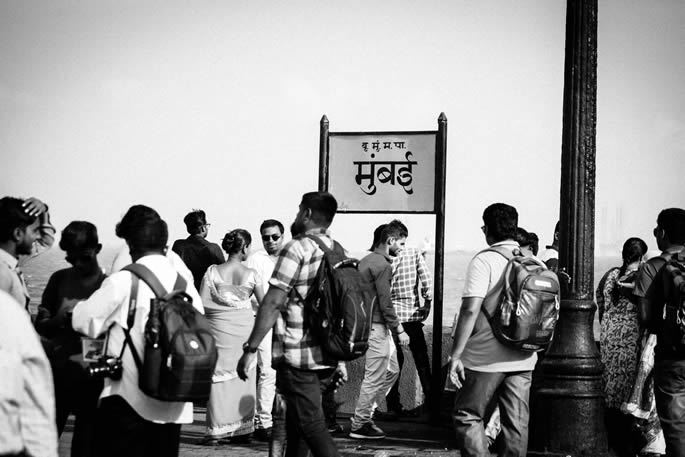 We ask Nafisa where visitors should look for when they arrive at Colaba Causeway. What are the key destinations on this historic street? She replies:

“One can take a break from the bustle to grab a bite at the famous Leopold Cafe, located at the crossroads. It serves fresh juices and beer with an enormous menu that offers international and Indian cuisine.”

Leopold Cafe first opened its doors in 1871. With such a long history behind it, the restaurant has rightly earned its reputation as a place for delicious food. And since the devastating attacks in 2008, it remains a site of defiance and bravery.

While the ‘Culture Square’ hails as a worthy attraction to visit, nearby are also other fantastic landmarks that will take your breath away. We ask Nafisa what sort of attractions one should look out for, both during the day and evening. She explains:

“The best way to explore Colaba is to take a walking tour. It’s perhaps the best way to see what appears to be a feverish jumble of life.

“The evenings could be spent along the Strand Promenade that runs from the Radio Club to the Gateway of India. Visitors throng this place in huge numbers owing to its historic representation.”

Indeed, this stone-crafted feature stands tall as a relic of the British Raj, marking an important moment in its history in India: “The Gateway of India, Mumbai’s most iconic monument was erected in 1911 on the spot where King George V and Queen Mary first landed on Indian soil.” 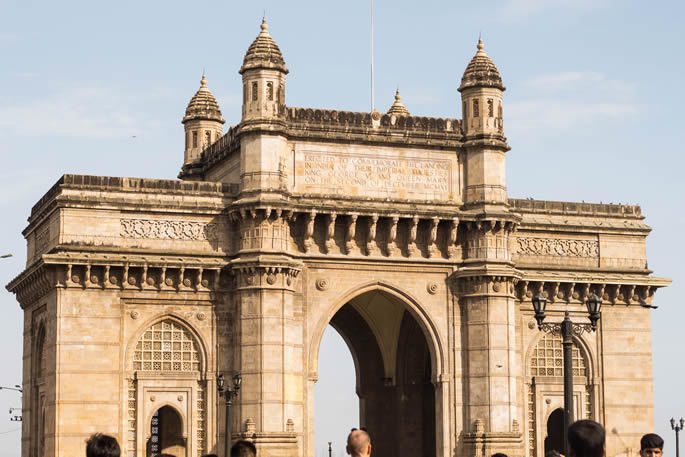 Nafisa also reveals to us: “Locals spend their evenings taking a stroll by the promenade enjoying the setting sun while many are awaiting the ferry that takes you to the famous Elephanta Caves.” An ancient array of Hindu and Buddhist caves, this attraction became a UNESCO World Heritage Site in 1987.

Since then, experts have aimed to preserve the Elephanta Caves in order for many to still admire its marvellous artwork.

However, we cannot forget to mention one of Mumbai’s most well-known landmark; the Taj Mahal Palace Hotel. Nafisa thoroughly recommends visiting, saying:

“The trip to Colaba would be incomplete without nipping into the Taj Mahal Palace Hotel, across from the Gateway of India. Post the attacks 9 years back, the security has become rather tight. However, don’t let that put you off.

“Take a stroll into the old wing, the magnificent staircase and photographic display of guests hung on the walls of the hotel.” 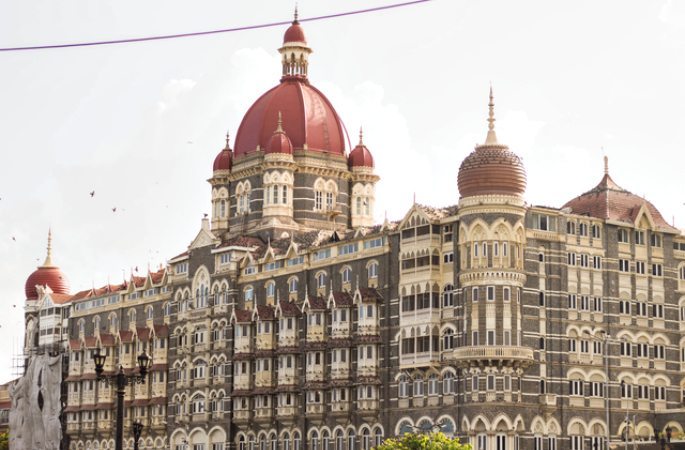 While Colaba Causeway has become a place of culture, it also hails as a popular filming location. Nafisa explains about its many appearances in Bollywood films, saying: 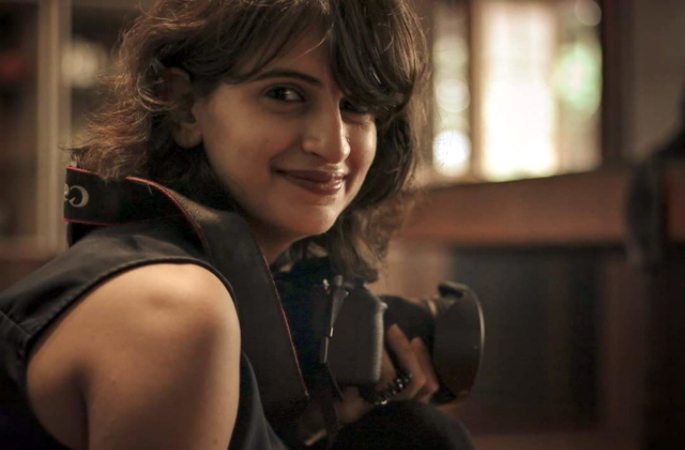 Through these breath-taking photos and an insightful interview with Nafisa Lokhandwala, Colaba Causeway strikes us as a location waiting to be explored.

With its various attractions, long-standing history and intriguing shops, the landmark has certainly earned its nickname of ‘Culture Square’.

For those wishing to discover more of Mumbai, this is truly a location worth visiting. 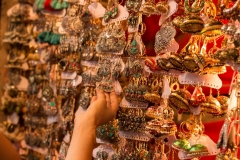 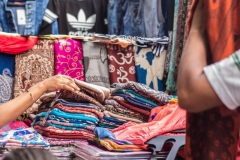 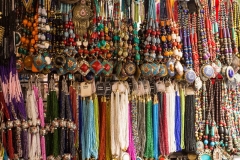 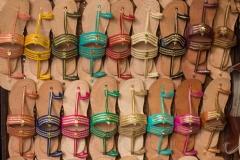 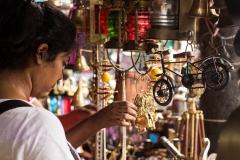 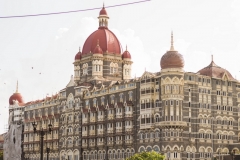 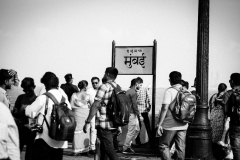 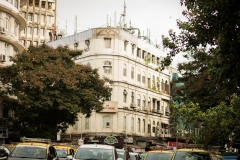 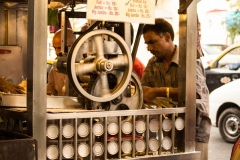 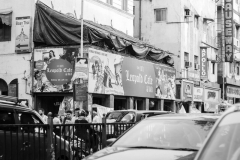