A statue of Mahatma Gandhi will be erected in Parliament Square at the start of 2015. A first-look clay model has been released, depicting “a timeless image” of the Mahatma. The fund-raising campaign to raise the £1 million needed is in full swing.

"He takes his place alongside the likes of Abraham Lincoln and Nelson Mandela."

A statue of Mahatma Gandhi is in its final stages and is expected to be unveiled in Parliament Square at the beginning of 2015.

The statue of the leader of the Indian independence movement will be the 11th statue to be erected in Parliament Square, as he takes his place alongside the likes of Abraham Lincoln and Nelson Mandela.

The unveiling of the statue will coincide with the 100th anniversary of Gandhi’s return to India from South Africa, to begin the battle to free India from British rule. 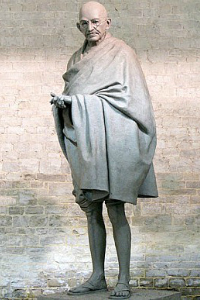 In 2018, the passing of 70 years since his death will be commemorated, and in 2019, the 150th anniversary of his birth will be celebrated.

The charity leading the campaign, The Gandhi Statue Memorial Trust has released its first-look images of the clay sculpture, which was used to cast the statue in bronze.

It depicts Gandhi as simultaneously introspective, determined, and compassionate. He is draped in a thicker shawl due to the cold British weather, and the traditional dhoti skirt, with his legs bare, and sandals. His trademark stick is missing, and instead his hands are clasped.

The statue has been created by Philip Jackson, an award-winning sculptor who has created memorials to Bomber Command and the Gurkhas, and the statues of Bobby Moore at Wembley and Sir Matt Busby at Old Trafford.

Jackson reviewed a number of photographs and then made ‘an amalgam of them to create a timeless image’. He was particularly inspired by the image of Gandhi standing outside Downing Street in 1931, and thought that this scene would be the most appropriate for a statue in Parliament Square.

The statue, will cost an estimated £1 million, which is to be funded by charitable donations and sponsors, as per British tradition. The Gandhi Statue Memorial Trust has been the main fundraiser for the project.

Lord Meghnad Desai, a British economist of Indian origin, and the founder of the Gandhi Statue Memorial Trust, said:

“Gandhi is admired by people across the globe who are contributing small and large amounts to be part of this historic monument. I appeal to all who admire Gandhi to join me in this iconic enterprise by giving what they can for the Gandhi statue.” 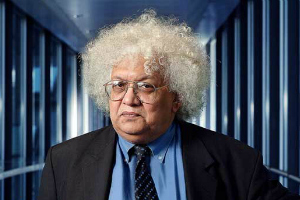 Lord Desai, announced on 7th November 2014, that he would go on a 24-hour fast to help raise awareness about the need to raise the £1 million needed for the venture.

He said: “Gandhiji went on a fast for so many good causes so it seems quite appropriate that I also go on [a fast] to raise awareness for this good cause.”

The plans for the statue were announced in July 2014 by Chancellor of the Exchequer George Osborne and Foreign Secretary William Hague on a visit to India. During this trip, they both visited Gandhi Smriti, where Gandhi spent the last 144 days of his life and the sight of his assassination.

At the time, George Osborne said: “As the father of the largest democracy in the world, it’s time for Gandhi to take his place in front of the mother of parliaments.”

A statue of Mahatma Gandhi, sculpted by Fredda Brilliant, was installed in 1968 in Tavistock Square in Bloomsbury. However, it has been relatively low-profile and generated little mainstream interest.

Gandhi has been celebrated by people around the world as one of the truly great heroes of the 20th century. The statue of Gandhi in Parliament Square is further recognition of that.

Parliament Square, which in British history has often been the sight of peaceful protest, will now have the champion of non-violent resistance watching over it.

Harvey is a Rock ‘N’ Roll Singh and sports geek who enjoys cooking and travelling. This crazy guy loves to do impressions of different accents. His motto is: “Life is precious, so embrace every moment!”
Amit and Naroop present The Singh Project
Behind the Beautiful Forevers stars Meera Syal