Studio Ghibli’s When Marnie Was There gets UK Release

When Marnie Was There, a Studio Ghibli feature film, is finally getting an English release. DESIblitz looks at what to expect from the Japanese animation.

When Marnie Was There is a surprisingly complex movie

When Marnie Was Here, Studio Ghibli’s latest animated feature, is finally getting a English language cinematic release in the UK.

The film’s release coincides with the UK’s Studio Ghibli Forever season being organised by Studio Canal, which has a retrospective showing of the Japanese animation studio’s entire back catalogue. 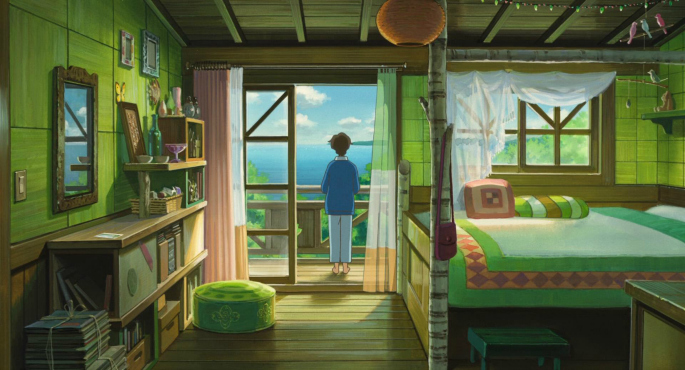 When Marnie Was Here is an adaptation of a young-adult novel of the same name by Joan G. Robinson, and focuses on the experiences of Anna, a shy young girl, as she is sent to spend the summer with relatives in Hokkaido to recover from a sudden asthma-related illness.

After discovering an old mansion in the marshlands, Anna meets Marnie, a young girl who appears to live there. The two strike up an incredibly personal secret relationship, one that’s shrouded in mystery as Anna struggles to figure out who Marnie really is.

When Marnie Was There is a surprisingly complex movie, one packed with masterfully written layers of mystery that fold together into a touching story about life and love across the ages.

Mystery is the key word when trying to explain this film. It holds its cards close to its chest from the start, parting with information sparingly and only when it feels the audience needs to know.

But surrounding that mystery is a film that explores often difficult subjects in a cohesive and respectful manner. Alongside its core themes of isolation, friendship and letting go of the past, the film explores themes of mental illness, neglect, the worth of routine and an extremely flexible concept of family.

Anna is an orphan, living with foster parents and suffering from asthma, as well as depression brought about by a feeling of not really belonging anywhere. Marnie, inversely, feels neglected by her frequently absent parents, and bullied by her short-tempered grandmother and childish maids. 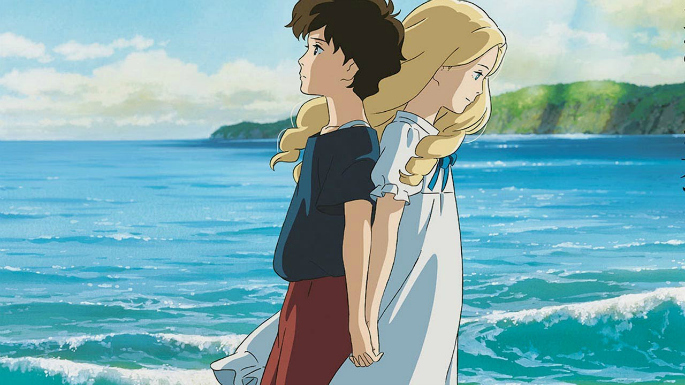 Based on a book set in Norfolk in the UK, the film does a great job of translating the book’s cultural backdrop to a rural Japanese setting, whilst retaining a surprising parity with its major plot beats.

Watch the trailer for When Marnie Was Here below: 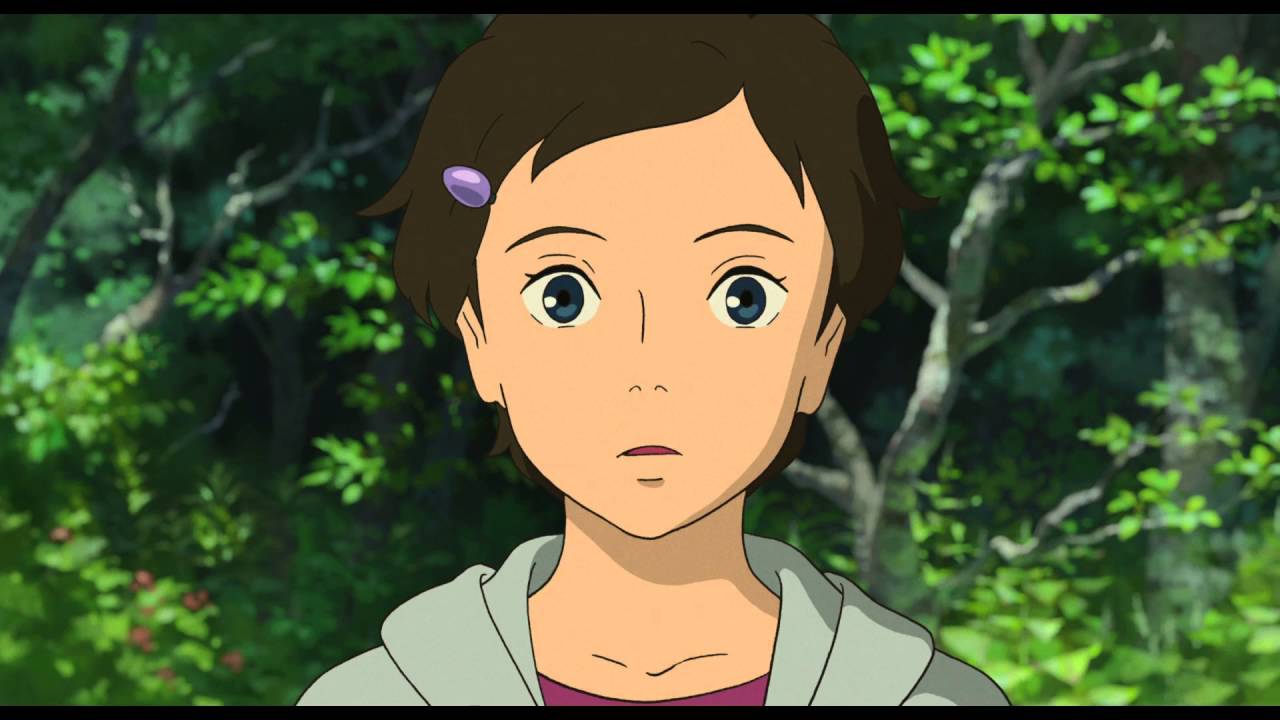 An incredibly likeable character roster backs it all up. Not just central characters either, with Anna’s host-parents Setsu and Kiyomasa providing a warm and comical respite for the film’s more serious moments, and Toichi the fisherman, a mute, stoic fellow whose untold story is perhaps the biggest mystery of all. 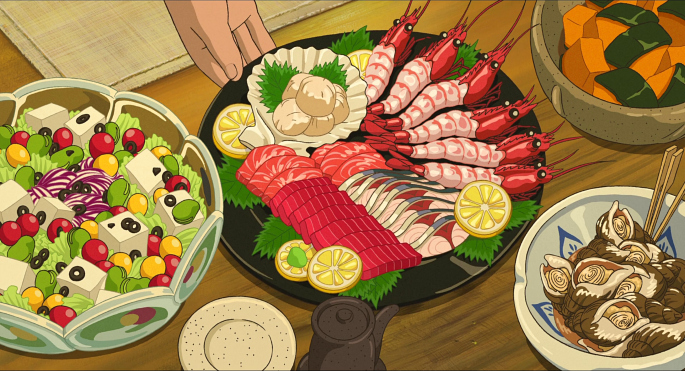 The use of light is cleverly worked into the thematic elements of the film, in particular, a single illuminated bedroom window framed by the darkness of a Hokkaido summer night is used to great effect.

Like all good Ghibli movies, every scene has the qualities of a painting, single shots become iconic over time, and their artists somehow bring a lot of character out of the scenery through deceptively simple methods.

It’s an art form that understands the importance of the little things, the inconsequential details that only avid fans will likely pick up on.

Similar to other works by the studio, movement is highly curated, used sparingly to tell its own story and to highlight the contrast when action happens.

The slow, repeated motion of the oars as Toichi rows Anna across the marsh, the wind blowing through the grass, the calm methodical manner in which Kiyomasa carves his owl figurines, these gestures all give the film’s world a sense of serenity that is wonderfully juxtaposed by the film’s more energetic moments.

Studio Ghibli have an extremely high pedigree, considered one of the greatest studios in the world, they are described by Pakistani animator Usman Riaz as ‘untouchable’, incomparable. 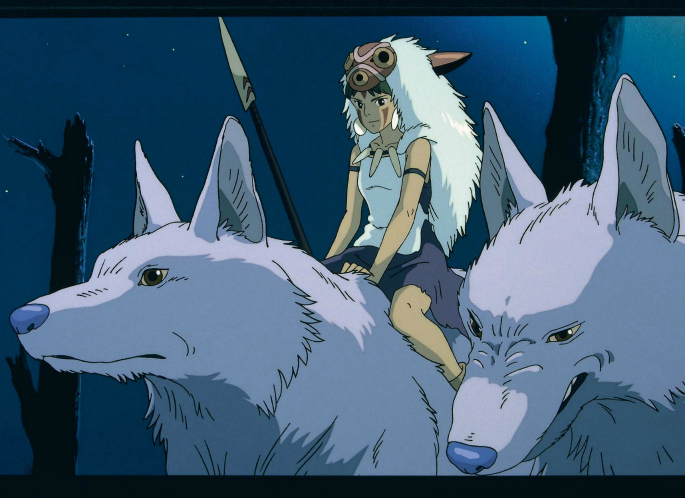 Takahata focuses more on Japanese culture and the family unit. Films like My Neighbours the Yamadas and Only Yesterday share common themes of a focus on methodology and routine, a sort of day in the lifestyle of writing.

Their relationship with literary adaptations has been mixed, and in recent years the studio’s output has been open to criticism from fans.

2006’s Tales from Earthsea, an adaptation of Ursula Le Guin’s popular novel, bore the brunt of criticism, most of it aimed at the relative inexperience of its director, Goro Miyazaki.

When Marnie Was There feels more in the vein of Takahata’s work in its presentation, but under the direction of Hiromasa Yonebayashi it also feels like a new direction for the studio’s approach to adaptation. 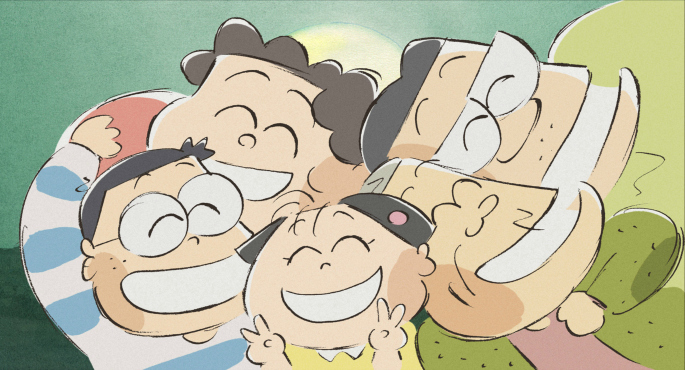 Yonebayashi previously worked on The Secret World of Arrietty and has been with the studio since the mid-90s, working largely with the animation team, and responsible for the key animation for Spirited Away.

When Marnie Was There is a great film, one that’s nuance and minimalism conceal a complex and mature approach to storytelling that die hard fans and newcomers will equally adore.

Studio Canal’s ‘Studio Ghibli Forever’ season runs until July 28, 2016, at select cinemas in the UK. When Marnie Was Here releases from June 10, 2016, with both English and Japanese language options available.