Singer Hans Raj Hans has won the North West Delhi seat in the Indian elections. The Punjabi folk artist has spoken about his victory.

"My qualities were valued only by PM Modi"

It took the changing of three parties, an electoral loss and the denial of a Lok Sabha ticket before the singer-turned-politician was victorious.

Hans won the North West Delhi seat for the BJP with a margin of over 550,000 votes.

After he quit the Congress party in 2016, the Jalandhar-born artist has set a record in his constituency in 2019.

“After what happened with me in 2009 and then in the Congress, I was sad. I had lost 25-kg weight. The day I joined the BJP, PM Modi told me ‘Weight bahut kam ho gaya hai apka. Koi nahi hum badha denge (Your weight has reduced, don’t worry we will increase it).” 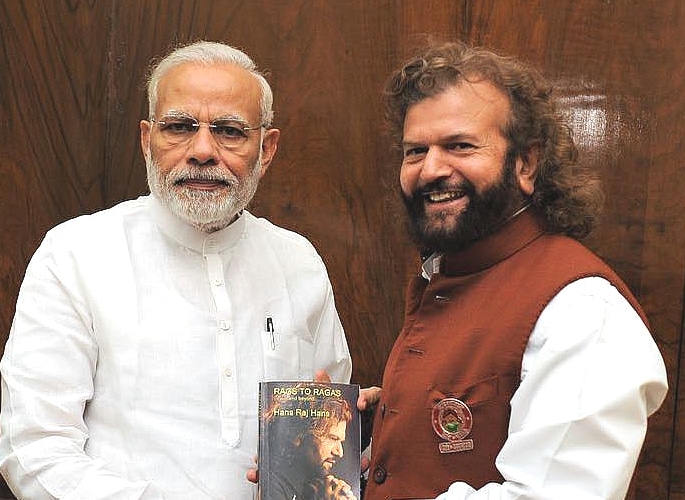 However, he was unsuccessful, losing by a margin of over 36,000 votes.

In 2014, the singer was denied a Lok Sabha ticket in Jalandhar by the SAD. This left Hans disappointed and he quit the party.

Hans eventually got the BJP ticket and he actively campaigned. He put a twist on his popular song ‘Tote Tote’ by singing ‘Modi Modi’ and paying tribute to the Indian Prime Minister.

Following his victory, Hans Raj Hans spoke about his plans for Delhi:

“I am planning to work hard for the people on the promises I made.”

“After the oath-taking ceremony on May 30, I will also visit Jalandhar.”

The Indian elections were the largest in the world, with 900 million registered voters taking part in seven rounds of voting which lasted six weeks.

Prior to the elections, experts predicted that the BJP would lose seats, mainly due to the dissatisfaction with the economy.

However, Modi secured another five-year term as Prime Minister as he and his party won well over 300 seats in parliament.

The main opposition alliance, which was led by Rahul Gandhi’s Congress party later conceded to Modi.

Rahul Gandhi said: “I would like to congratulate PM Modi and the BJP.”

The BJP needed at least 272 seats to secure a majority.

Dhiren is a journalism graduate with a passion for gaming, watching films and sports. He also enjoys cooking from time to time. His motto is to “Live life one day at a time.”
How UK Bhangra Took Another Turn in 2019
Hard Kaur slams lyricist Sameer for taking Song Credit