Should the Indian Film Industry be called ‘Bollywood’?

After American cinema got known as Hollywood, the Indian film industry got labelled as Bollywood. But what do we really think about this word?

"I’m not going to take the name because I don’t like this word."

Over five decades ago, a specific term was coined to describe the Indian film industry, which has its major home in Mumbai.

Another “wood” was added to the jungle of film. That’s what happens when an industry grows. Thus, “Bollywood” was born.

The new “wood” was quickly accepted, with most people recognising Indian movies as Bollywood.

But what does the word actually mean?

Hollywood is Hollywood due to the locales of America, but what is “Bollywood’? What is the connection between “bolly” and “wood.”

We explore whether the Indian film industry should be called “Bollywood” or not. 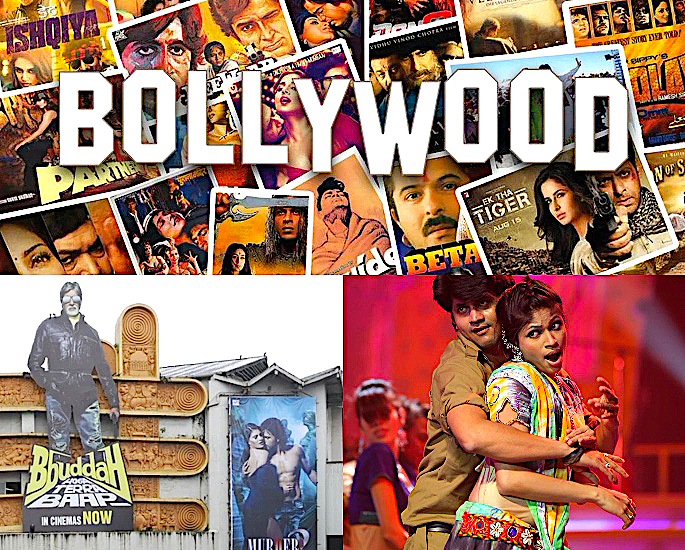 When a person unfamiliar with the Indian film industry hears the word, “Bollywood”, what do they think? Perhaps, emotions, drama, music and dance? Lots of colourful ethnic scenes?

According to Etymology, “Bollywood” is an amalgamation of Bombay, the previous name of Mumbai city, and the centre of the American film industry, Hollywood.

As per OxfordDictionaries.com, the term originates from the 70s period. Various print publications credit journalists for first coining this word.

An article in The Hindu cites Bellinda Collaco as the creator of this word, whilst The Telegraph attributes Amit Khanna as the innovator.

The Indian film industry normally churns out billions of tickets every year, which results in, at the very least, meaty money. Contemporary Indian film music is filled with English lyrics. Sure, people have to move with the times.

Get a few ‘WhatsApps’ and ‘selfies’ in there to reflect the 2020 decade and onwards.

Even though the Indian film industry is famous for having songs and dances, it does not rely entirely upon that. If that was true, why is it known as a film industry, and not a music industry?

It’s important to understand that alongside music, the Indian film industry has plenty of stories to tell and its own unique way of doing it. 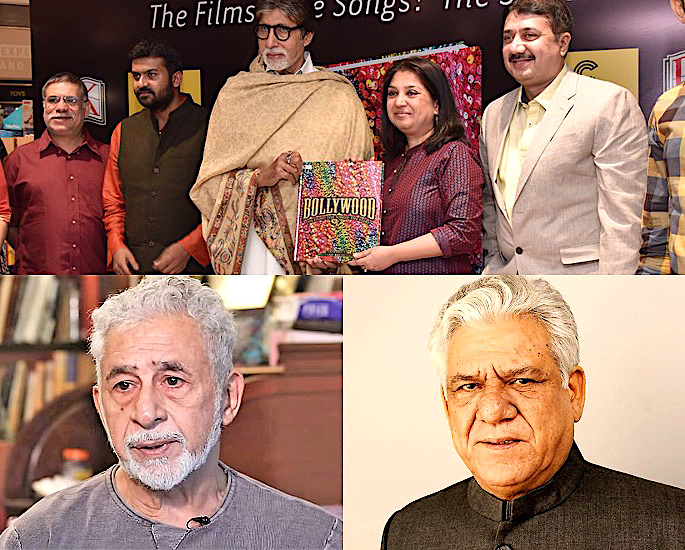 Many stars from the Indian film industry are not comfortable with the word “Bollywood.”

Actor and filmmaker Dev Anand (late), enjoyed immense success between the 50s and 80s. He once called “Bollywood” a “‘very stupid expression.”

Amitabh Bachchan, whose stardom got so intense in the 70s and 80s, that he was labelled as a ‘one-man industry’ seconded this during a 2017 book launch where he said:

“I’m not going to take the name because I don’t like this word. I expressed that in my foreword when I wrote.”

Interestingly, despite being against this word, Big B was the chief guest at the launch.

After bringing us classics like Guide (1965) and Sholay (1975), it would not be unreasonable to assume that they know what they’re talking about.

But it’s important to remember that these actors are legends and of a different time.

Naseeruddin Shah and Om Puri (late) were two actors of the 80s Indian film fame. Shah is an award-winning actor of classics such as Aakrosh (1980) Masoom (1983).

Puri boasted a staggering body of work including an important role in Richard Attenborough’s epic Gandhi (1982). He, unfortunately, died in 2017.

They both felt the word “Bollywood” was “derogatory.’ Shah said that the word was like “being called an idiot all your life and then making it your name.”

Puri added that whenever western audiences hear the word, they think of “song and dance.”

The late actor Irrfan Khan, who sadly passed away in April 2020, was a national figure of both the Indian film industry and Hollywood, appearing in hit films such as Billu (2009) and Life of Pi (2012).

He was and is still hugely relevant in cinema.

Khan explains that the industry has “nothing to do with aping Hollywood” and Indian cinema is an “extension” of celebration. 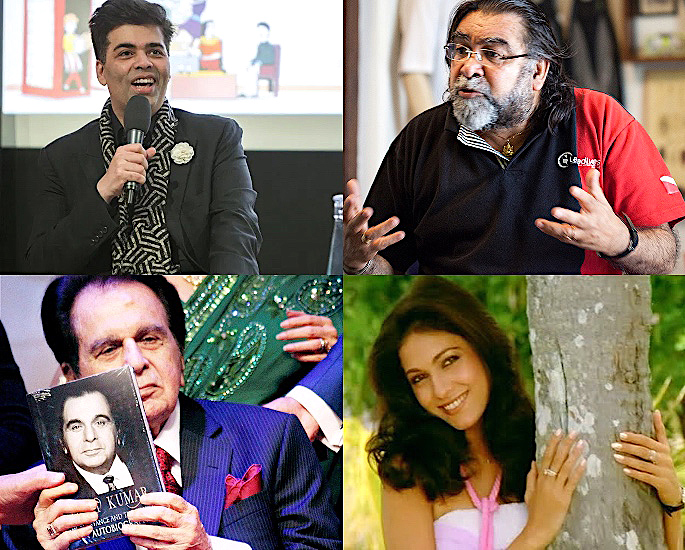 Despite some people having reservations about the term, many old and contemporary artists have not shown any particular objection.

In his memoir, An Unsuitable Boy (2017),  renowned filmmaker Karan Johar has a chapter called “Bollywood Today.”

He has regularly used the term on his chat show Koffee with Karan and celebrities sip their cups along with it.

A lot of leading Indian film anchors and channels have “Bollywood” in their names, such as Bollywood Hungama and Bollywood Life.

As a result, Kakkar feels that the term “perfectly describes the industry.”

This is a view from an advert filmmaker, but what about industry veterans who have shown no objection?

Dilip Kumar belongs to the golden age of the Indian film industry, reigning supreme for over five decades until he retired from the spotlight in 1998.

While writing a tribute afterword for Dilip Kumar in his 2014 memoir, Mumtaz, one of the highest-paid actresses of the 160s and 70s, used the term “Bollywood” to describe the Indian film industry.

This shows that the word has been accepted by many stars from the Indian film industry, with some who achieved prominence well before the term was coined.

On streaming channels such as Netflix and Amazon Prime, “Bollywood” is a genre for the Indian film industry. One-click gives audiences entry into Hindi movies.

So, if popular online streaming platforms are going to use the word as a genre, it is naturally going to be common whether someone likes it or not.

Many people who have been born and brought up in India, often refer to the industry as “Bollywood.” This applies, especially to those who were raised in the late 1970s, which was when the term began to emerge.

So, “wood” is clearly not going away. It’s here to grow thicker.

There’s no doubt that every industry needs to be recognisable to audiences if it is to thrive. And the “Indian film industry” is a mouthful. But that is what we’re talking about.

But the problem lies with Bombay being Mumbai presently. Thus, “Bollywood” doesn’t mean anything to many. 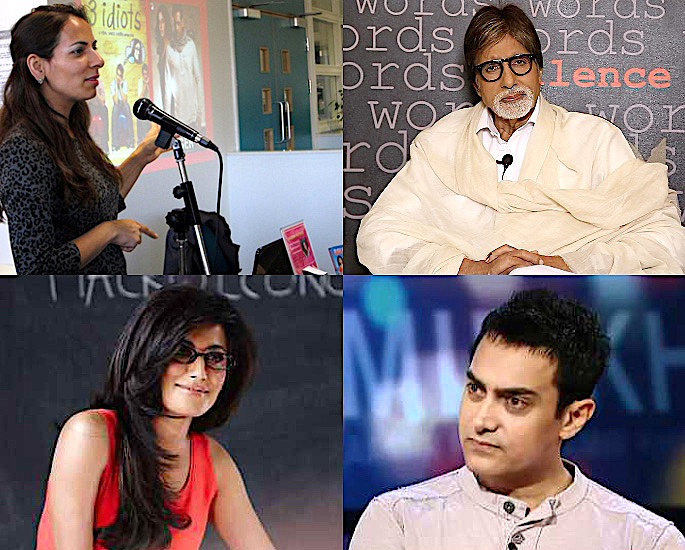 Schools in the UK, often use the term “Bollywood” for drama and music lessons. This is perhaps because of the excessive usage of the word and it is more widely recognised.

If that’s what they keep hearing, they can’t really be blamed. It’s like seeing a soap star walking down the street and calling them by their character name in their shows rather than by their real name.

Let’s be honest, viewers don’t have enough time to watch the credits most of the time.

In the same way, teachers and educators may not be well-versed in the difference between the Indian film industry and the label “Bollywood.”

For example, during a lesson, a school drama teacher once conducted an exercise, in which she told her pupils to perform one action in response to one word. She said: “Bollywood.”

Almost everyone shot their hands up and danced while humming bhangra music. As they say each to their own.

When a non-Indian teenager was asked if he has ever seen a “Bollywood” film, he had an interesting response:

When he discovered that the film was made by a Hollywood studio, he just shrugged it off.

Indian film superstar Aamir Khan has gone on record to say that Slumdog Millionaire (2008) was not an accurate representation of India in that the police officers should not have spoken in English.

He went on to question how the Indian characters in the film spoke fluent English after an upbringing in the slums.

What then made the person we asked to think that Slumdog Millionaire was a “Bollywood” film?  The dance sequence on the platform at the end? The Indian names, maybe?

Clearly, he felt “Bollywood” was a label.

But unlike Aamir, he didn’t have strong reference points for life in India. So, why then do Aamir and most of his contemporaries, go along with “Bollywood”?

Maybe, it’s become a label for them too. 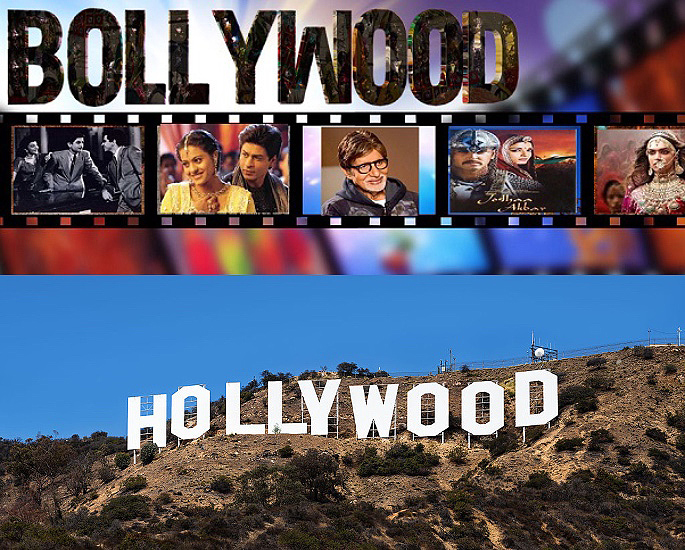 Hearing the “Indian film industry” can make an outsider explore the industry. That would broaden its audience.

“Bollywood” would not necessarily have the same impact as many evidently feel the term is derived from “Hollywood.”

But the Indian film industry has lost its meaning, due to the term.

IndieWire says that Bollywood “refers just to the Hindi-language industry.”

Each sector of the Indian film industry has its own way of entertaining, but IndieWires suggests these sections are being overshadowed by “Bollywood.”

So, there is a lot more to the Indian film industry than just Hindi movies. Being one of the world’s fastest-growing democracies, India prides itself on possessing an ocean of languages.

And each language has its own cinema.

While Hindi movies are the main source of profit for the Indian film industry, many people love watching South Indian movies, even though they do not speak the language. They rely on the good old subtitles.

The film industry is competing with Hollywood and ahead in some aspects. During the pre-covid-19 days, the Indian film industry was producing nearly 2,000 movies a year.

Hollywood is also a large part of world culture. Though it does not have many contemporary songs or dance connotations in comparison to India

Having said that, the Indian film industry has much more to offer than just music. 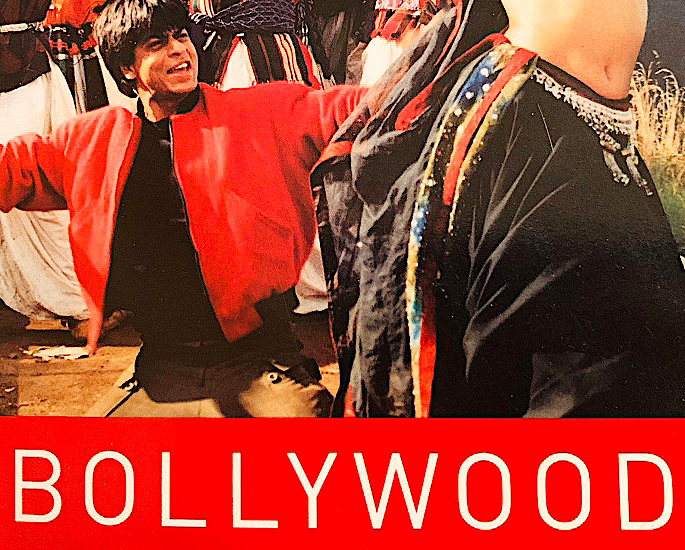 So, “Bollywood” makes the Indian film industry recognisable and exciting. That’s how people know it. Changing the name may be alienating and could come as quite a shock.

It may be in bad taste, as actors such as Anand and Bachchan say. It may have been upsetting to stalwarts such as Irrfan Khan as well.

But it’s been accepted by Indian people. It’s got stuck. It’s surely not affecting the business itself.

With whatever connotations, the Indian film industry is a cultural figure of entertainment, music and good stories. Sholay (1975) and Lagaan (2001) are still classics.

Should we still be using this term? There are different sides to all of it. But the misleading connotations cannot be overseen.

However, with a global audience of over 1.3 million recognising the Indian film industry as “Bollywood”, it’s going to be difficult to change a term that’s stuck to an industry like a lens to a camera.

But one thing is certain. The Indian film industry, and its stars, are still making millions, regardless of its name.