Sholay celebrates 45 years since its release. Director Ramesh Sippy reveals several tales from the making of the hit film.

"It has become a phenomenon.”

One of Bollywood’s cult classic films, Sholay (1975) continues to be enjoyed 45 years after its release, however, it was initially planned to be different.

Helmed by Ramesh Sippy, the director revealed that Sholay was originally going to have different backgrounds for its characters Jai and Veeru as well as a different ending.

It just so happened that writer duo Salim Khan and Javed Akhtar narrated the story of Sholay to him.

The director revealed that he stayed true to the script’s original idea of two men on the run and their involvement in aiding Thakur to seek revenge. 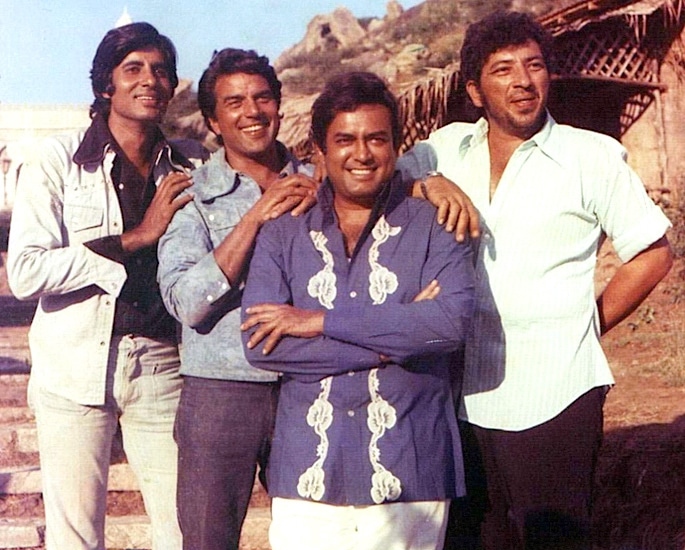 “The colour and characters came into existence later but the basic storyline was in place.

“Except that two guys [Jai and Veeru] were from the army and Sanjeev Kumar’s role of Thakur was of an army officer, who was changed to a cop.

“The basic idea was about two young guys [Jai and Veeru] on a run, their love for adventure and how they get involved in this emotional story of Thakur.

“All the characters came into place one-by-one. It took a life of its own as we discussed and moved further in the script.”

In fact, production for the film took approximately two years. Filming started from October 3, 1973, and hit the big screen on August 15, 1975.

“We felt that we were making a damn good film but certainly not that 45 years later we would be talking about it.

“Everyone put their best foot forward. But we didn’t expect this much. It has become a phenomenon.”

Sholay is also remembered for its remarkable villain – Gabbar Singh.

Sippy disclosed that during the casting processes, Dharmendra, Amitabh Bachchan and Kumar all wanted to play the villainous role.

However, he found Gabbar Singh in Amjad Khan. Sippy recalled:

“I remember seeing a play of him [Khan], in which my sister was there, he was very impressive on stage.

“His face, build, personality, voice everything felt right. We told him to grow a beard, got him the costume, took pictures and he just felt right as a rough-and-tough guy.” 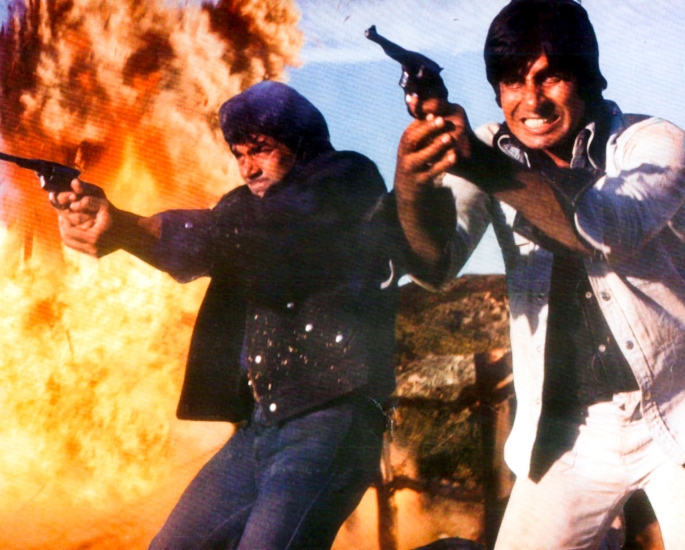 Speaking further about the long shooting process for the film, Sippy said:

“It was difficult and trying [to shoot]. Almost 500 days of shooting and we didn’t have the convenience of VFX and all the technology that has developed today.

“We did whatever best we could do. It was a struggle.”

Ramesh Sippy was eager to work with Dharmendra, Kumar and Hema Malini after Seeta Aur Geeta (1972).

He disclosed that initially, Dharmendra was interested in playing the character of Thakur. He said:

“I wouldn’t go into their private lives. Dharam ji was fascinated by the villain’s role but then he said maybe [he would like to play] Thakur as the whole story is of Thakur but then I told him he won’t get Hema Malini.

“I was worried about taking another star as we had Dharam ji, Hema ji, Sanjeev Kumar ji and Jaya Bhaduri. We needed a good actor.

“There were suggestions about Shatrughan Sinha. I was sceptical of having so many stars and handling so many egos.

“It is another thing that when we started shooting Mr Bachchan became a star. His popularity grew with the releases of Zanjeer (1973) and Deewar (1975).”

Alongside the main characters, Sippy is proud of the roles played by the “little characters.”

“All these characters are important to the film. They were all outstanding characters, which were so well received because of the actors who played the parts so effortlessly.”

Ramesh Sippy continued to recall filming for the train scene. He explained:

“The train sequence in the beginning of the film with Jai, Veeru and Thakur, took seven weeks to shoot.”

“Today, a whole film is complete in seven weeks. We wanted the best.

“To get each shot, to organise it and shoot with trains, horses, people, guns and ammunition going off, getting actors ready and everyone else, it was a very difficult shoot.”

Interestingly, when Sholay hit theatres on August 15, 1975, it received poor reviews from critics.

It was labelled “a greatly flawed attempt” while others called it “dead embers.”

However, the commercial success of the film told a different story. Speaking about the same, Sippy said:

“But the audience never reacted like that, they liked the film. We saw there was a repeat audience as they were repeating the dialogues.

“I was told [by theatre workers] that people would not leave their seats to buy cold drinks and popcorn.

“I always try to do good work but this has been appreciated the most. You can never plan all this. I am humbled by the cult status of the film.”

Ayesha is an English graduate with an aesthetic eye. Her fascination lies in sports, fashion and beauty. Also, she does not shy away from controversial subjects. Her motto is: “no two days are the same, that is what makes life worth living.”
‘The Vijay Mallya Story’ to Be Made into a Web Series
Sadak 2 song ‘Tum Se Hi’ slammed on YouTube