Director Ramesh Sippy, who is not an avid fan of remaking classic films, has revealed that he has one condition for Sholay remake.

The director of one of Bollywood’s most iconic films, Sholay (1975), Ramesh Sippy, has revealed that he has one condition if the cult classic film was ever to be remade.

The film is remembered for its iconic characters like the dacoit Gabbar Singh (Amjad Khan) as well as its dialogues which are fondly remembered by audiences.

They are hired by former policeman Thakur Baldev Singh to help take down Gabbar Singh (Amjad Khan) who has wreaked havoc over the village of Ramgarh.

Recently, Bollywood has produced a string of remakes of many of its classic films with a creative and modern twist.

Despite this wave of remakes, Ramesh Sippy has disclosed that he is, in fact, not a big fan of remaking films.

According to an interaction with IANS, Ramesh Shetty stated he is also not keen on remaking Sholay (1975).

However, Ramesh revealed he may change his mind based on one condition. He said:

“I am not really keen to recreate Sholay unless one can imagine a way to represent it in a very different way.

“Otherwise, remaking is something I would not like to do as far Sholay (1975) is considered.

“It does not mean that I am against remakes many films have been remade beautifully but it’s not that easy.

“It’s how you recreate the whole world of a particular film and genre (that matters).”

Ramesh Sippy continued to recall the memories as well as the challenges faced while shooting for Sholay (1975). He said:

“From making so many actors work together to involving high-octane action sequences and introducing people to the concept of a 70 mm screen, creating Sholay was a huge challenge.

“I am glad that our efforts did not go in vain. People liked our film, appreciated it and even 45 years later they still talk about it.

“It feels great to be associated with such a remarkable project.”

Unfortunately, the film did not impress audiences and failed miserably at the box office.

Watch the Trailer to Sholay 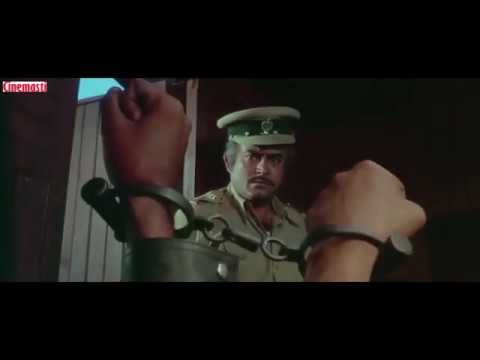 Ayesha is an English graduate with an aesthetic eye. Her fascination lies in sports, fashion and beauty. Also, she does not shy away from controversial subjects. Her motto is: “no two days are the same, that is what makes life worth living.”
Was Vicky Kaushal Stopped by Cops for flouting Lockdown?
Karan Johar apologises for ‘Insensitive’ posts during COVID-19